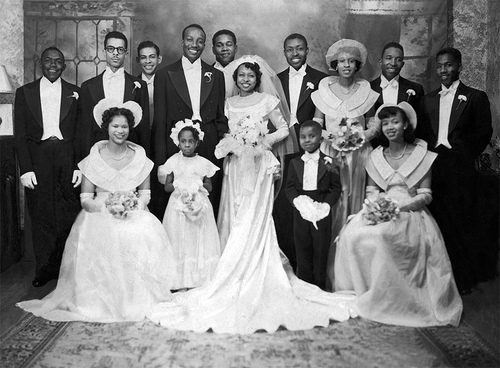 Lately, marriage has gotten a bad rap. It seems like many people these days feel marriage is some archaic arrangement that holds people back from realizing their full potential. Even if people aren’t particularly anti-marriage, they will avoid getting hitched for as long as they can.

Many men delay marriage because they believe that dating and co-habitating offer all of the benefits (particularly sex) of marriage without the commitment and responsibility. They are fooling themselves. Nearly all of the true advantages of marriage (yes, even sex) apply only to actual married couples, not those couples living together, and certainly not to those simply dating.

Here at the Art of Manliness, we haven’t been shy about the fact that we’re big proponents of marriage. We certainly don’t advocate that men rush into marriage willy nilly, whether they’re ready or not. That would be seriously unwise. But once your find your true love and you’re sure she’s the one, there’s no reason to delay your nuptials. Why? Marriage offers truly significant benefits that cannot be found outside of it. Here are 6 reasons you should grow up, man-up, and stopping being scared of walking down the aisle:

The Benefits of Marriage

More and better sex. The popular belief is that marriage stifles sexual fulfillment. The reality is that married men are having better and more frequent sex than their single buddies who go to clubs each weekend trolling for a woman who’s willing to take them home. Married men don’t have to go through all the trouble of having to convince near strangers to sleep with them or crossing their fingers that on the third date they’re going to get some. Married sex is even better than co-habitating sex; 50% of married men find their sex life physically and emotionally fulfilling, compared to only 38% of co-habitating couples. Married sex produces an environment of trust and openness, allowing couples to openly express their sexual needs and desires to their spouse. This results in better, more satisfying sex.

More money. Married men are wealthier men. Married men earn between 10%-40% more than single men. They also receive promotions more frequently and earn more glowing performance reviews than their single co-workers. Married men also tend to save more than single men. It makes sense. When you’re married, your entire outlook on money changes. Realizing that you have someone else to take care of motivates you to do whatever it takes to support her. If you’ve been dragging your feet about marriage until you make more money, consider the idea that getting hitched might actually improve your financial picture.

Listen to our podcast on the benefits of marriage:

Better health. Married men are healthier men. They stay healthier and live longer than either their single or co-habitating peers. Just how much healthier are they? Take a look at these statistics:

-Married men have fewer infections and a lower risk of heart disease and some cancers.

-Married men are less likely to smoke, drink heavily, and be physically inactive

-Married men are less likely to suffer from health conditions like back pain, headaches, and serious psychological distress.

-Single people spend longer in the hospital, and have a greater risk of dying after surgery

So if you’re looking to kick the grim reaper’s butt, get married.

A bigger smile. Married men are happier than their single counterparts. In the Journal of Marriage and Family, studies showed that 40% of married people said they were generally happy with their life, while only 25% of single people said they were. The bigger smile might be due in part because married men are getting more sex than single men. But marriage also provides incomparable companionship and forces people to commit to something bigger themselves, which contributes to happiness.

True companionship. There is an old Swedish proverb that says, “Shared joy is double joy. Shared sorrow is half sorrow.” Truer words have seldom been spoken. Marriage basically means always having your best friend around. My wife Kate always tells people that our marriage is like a “party every day!” And I concur. Everything I do from going to the gym to grocery shopping is 10X more enjoyable with my wife by my side.

Some single people say things along the lines of, “I don’t need marriage for companionship, I have friends for that.” With all due respect to these single folks, you have nothing to compare your level of satisfaction with. I have been single and married, and nothing comes close to the happiness and companionship your wife gives you. Your wife is there in the middle of the night when your worries are keeping you up; she’s there when you get off work and need to unload the frustrations of your day; she’s there to give you a pep talk over the breakfast table on the day you have a big presentation. No matter how loyal a friend is, they’re not family. They move; they ditch you when they have a hot date, they distance themselves when you have a big fight. You and your wife made a vow to be together forever; it’s wonderful to absolutely know that someone has your back come hell or high water.

Marriage can be as happy as you want it. With the divorce rate hovering around 50%, many men view marriage as too risky a chance to take. But marriage is not a lottery, nor is it a game of Russian roulette. You don’t get married and then cross your fingers that you don’t become one of the statistics. Divorce is not a disease that some people catch and some people have an immunity to. There is no more erroneous idea than that of “falling out of love.” Nobody falls out of love. One or both partners stop working at their relationship and they give up. Be absolutely sure you pick the right woman to marry, someone who will be just as passionately committed to making the marriage work as you are, and your chances of having a happy marriage are nearly 100%. 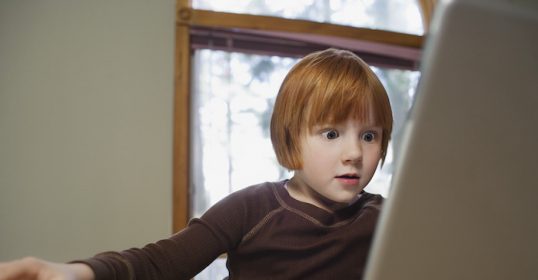 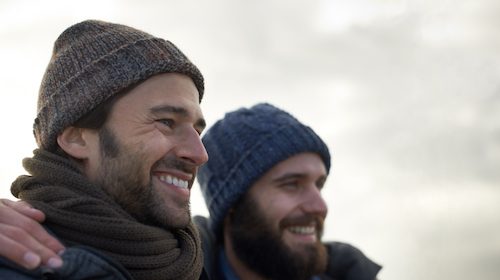