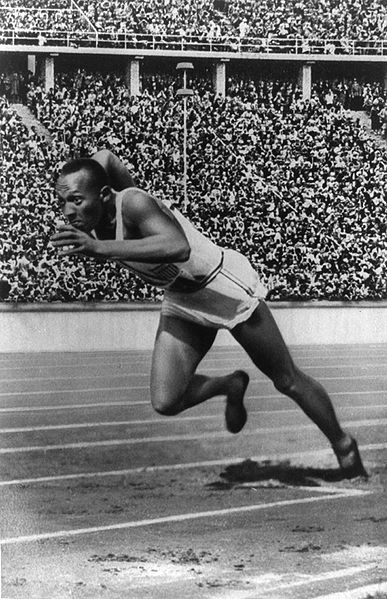 In our quest to become the best men we can be, we’ll often hit plateaus where we feel like we aren’t making any progress at all. Those flat-line moments in life can be a real soul sucker. You can see where you want to be as a man, but you’re stuck at a level just below your desired goal. It seems like no matter what you do, you’ll never be able to improve.

Well, fear not, good men. Though you may feel destined to a purgatory of perpetual pedestrian plateauing, with a few minor adjustments to your view on life and your routine, you can punch through the cement wall of mediocrity and level up to the life you want.

Back in the 60s, two psychologists, Paul Fitts and Michael Posner, set out to uncover why we plateau. They discovered that when we acquire a skill, we go through three stages.

The first stage of skill acquisition is called the cognitive phase. In this phase, we must concentrate intently on what we’re doing as we figure out strategies on how to accomplish the skill more efficiently and effectively. The cognitive phase is riddled with mistakes as we learn the ins and outs of our new pursuit.

The final stage is the autonomous phase, or what Joshua Foer, author of Moonwalking with Einstein, calls the “O.K. plateau.” We reach a skill level where we’re able to capably do the task without having to really think about it at all. Remember about how much you thought about what you were doing when you first got your driver’s license? Now driving is fairly automatic, like brushing your teeth.

This progression to the the O.K. plateau shows up in all areas of our lives. The plateaus we experience in our career, in our fitness level, in our love life, or in our spiritual life often follow this three stage process.

There are areas of your life where being okay is, well, a-okay. I don’t have any desire to be able to drive like Mario Andretti, and it’s handy to have many of life’s tasks set on autopilot.

But then there are areas of your life where you’ve hit a wall, and you’re not happy about it–you’re doing fine, but you’re still plagued with a restless feeling that there’s something more out there, a higher level you’d really like to reach.

People used to think that you couldn’t break past these plateaus because a plateau represented the limit of your genetic ability. No amount of exertion or education would help you overcome this wall. But Fitts, Posner, and other psychologists have discovered that with the right approach and a few attitude adjustments, all of us can bust through our plateaus and reach even higher.

How to Overcome Plateaus

Take risks. Growth comes when we stretch past our comfort zone. The big reason many people (especially high-achievers) plateau is because they don’t like to fail. Instead of taking on challenges that will help us grow, we stick with routines that we know we can successfully do. To protect our ego, we’d rather do the wrong things correctly, than do the right things wrongly. This aversion to risk is a recipe for plateauing.

Embrace the suck. To overcome your aversion to risk, you have to give yourself permission to fail and be mediocre. Instead of avoiding the things that are hardest for them, the greats of the world specifically focus on those things; they purposefully concentrate on the areas in which they make the most mistakes. This keeps them from getting stuck in the autonomous phase and propels their progress. So instead of seeing failure as a negative thing, think of your failures as steps to success. If you choose to learn from your failures, they can bring you closer to your goal; when you cut a string and then tie it back together, it’s shorter than it once was.

Step out of the echo chamber. Another reason we plateau is because everyone around us is telling us everything is gravy. We often confide in people who tell us what we want to hear, not what we need to hear. I know I’m guilty of doing this. I’ll finish a project and take it to somebody for some “constructive criticism,” when really I just want some positive affirmation on what I did.

If you feel stuck in an area of your life, seek out mentors who won’t pull any punches and will give you the honest criticism you need to improve. Yes, your ego will get bruised, but that’s the price one must pay for personal and professional growth.

Learning to accept criticism is something that simply takes discipline and practice. First you work on taking the criticism into consideration at all. Then you work on shortening the time period between your initial reaction of “What?! There’s nothing wrong with what I did you noodle-brain knucklehead!” and the time later when you’re able to calmly reflect and see if there’s value in the criticism. I suppose the next stage is to skip that momentary urge to punch the criticizer in the throat altogether, but I’m not there yet myself!

Practice deliberately. Fitts and Posner discovered three keys to breaking through your plateau: 1) focus on technique, 2) stay goal oriented, and 3) and get immediate feedback on the performance. In other words, you need to practice deliberately to break through plateaus.

When Joshua Foer was trying to improve his memory in preparation for the United States Memory Championship, he hit a plateau where he stopped progressing. Despite a strict training regimen in which he looked at flash cards during his spare moments and constantly memorized things wherever he went, he couldn’t seem to get any better. To bust through this plateau, he had to deliberately push himself harder than before:

“To improve, we have to be constantly pushing ourselves beyond where we think our limits lie and then pay attention to how and why we fail. That’s what I needed to do if I was going to improve my memory. With typing, it’s relatively easy to get past the O.K. plateau. Psychologists have discovered that the most efficient method is to force yourself to type 10 to 20 percent faster than your comfort pace and to allow yourself to make mistakes. Only by watching yourself mistype at that faster speed can you figure out the obstacles that are slowing you down and overcome them. Ericsson suggested that I try the same thing with cards. He told me to find a metronome and to try to memorize a card every time it clicked. Once I figured out my limits, he instructed me to set the metronome 10 to 20 percent faster and keep trying at the quicker pace until I stopped making mistakes. Whenever I came across a card that was particularly troublesome, I was supposed to make a note of it and see if I could figure out why it was giving me cognitive hiccups. The technique worked, and within a couple days I was off the O.K. plateau, and my card times began falling again at a steady clip. Before long, I was committing entire decks to memory in just a few minutes.”

After a year of practice, Foer was able to memorize the order of a shuffled deck of cards in under two minutes.

Get back to basics. Whenever I hit plateaus in my life, my first response is to look for something new I can do to get me out of it. I think, “If I only find the right workout or the right planning system, my life will change and I can start making progress again.” Sometimes changing things up can help us break through a plateau, but in my experience, I just waste more time searching for that new, magic thing that will change my life for the better. So instead of spending time on searching for the new, I start focusing on the basics. When I hit a plateau with my writing, I’ll review my composition skills by doing some exercises from a book. When I hit a plateau with my weight lifting, I’ll reduce the weight, focus on my form, and slowly start adding weight again.

On numerous occasions, I’ve found that even when you’re advanced at something, delving back into the basics can actually give you fresh insights that help you progress even further.

Think long term. When we think short-term, we have a tendency to feel that plateaus are permanent. But when we take the big picture view of things, we start to see plateaus as temporary way stations that we’ll eventually get past with a bit of hard work. Moreover, by thinking long term, we give ourselves more latitude to take risks and fail because we see that missteps are just momentary setbacks in the long journey of life.

To cultivate this attitude, reflect on a time where you felt you had reached the end of your development in some area, only to later bust through the plateau. If it was possible then; it’s possible now. If you don’t have that experience yet yourself, ask a friend to tell you about one of his.

When I was learning Spanish while living in Mexico, I hit a point where I felt like I had stopped  progressing, and I didn’t feel like I could get any better. But I couldn’t shake the niggling feeling that I was wrong. So I made another push–I started reading my basic Spanish grammar books again, and I stopped being afraid to make mistakes. I just went for it when talking with people. And lo and behold, my fluency rose to a whole new level. Now when I reach a plateau in another area of my life, I simply remember that example, and realize that the feeling that I’ll never get any better is nothing more than my darn lazy brain selling me a bill of goods.

What advice do you have for breaking through plateaus in life? Share your advice with us in the comments!