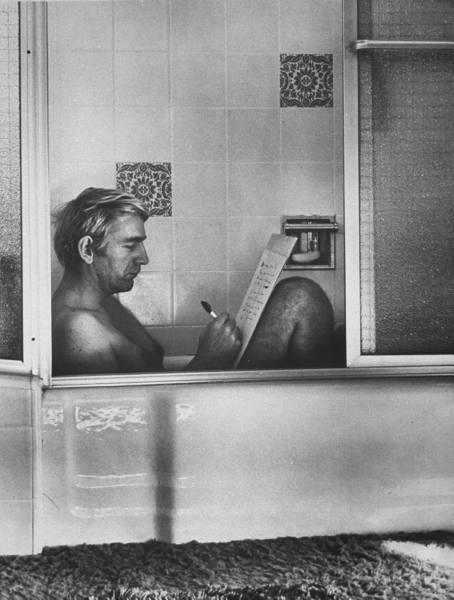 Run a marathon. Get a degree. Write a book. Build a house. Every man has goals. Sometimes our goals are lofty aspirations (make a difference, change the world), sometimes they are simply tasks we need to achieve in order to function better (sleep more, quit smoking). Too often in life we get caught up in our day to day business and time just slips right past us. At the end of each year, we habitually look back and sum up the events of that year, taking stock of what we really accomplished. Many of us could probably sum up 2008 in a few words, something along the lines of I worked a lot, made some money, spent some money, paid off some bills. Now that is all well and good, but did you have childhood dreams about working a lot to pay off bills, and nothing more? No. If that was all you dreamed about as a kid, you probably had a lot of alone time at the playground to think about it. As kids we dreamed about doing something amazing, about having grand adventures. We dreamed about one day becoming men of action, who seized every day as our own and made the most of it. So what has changed? Age is just a number. Sure, you have more responsibility now than when you were a kid, but you also have far more capability. The things you once could only dream of are now within your reach; why not take hold of them?

No matter how grand or trivial our goals, it always feels good to achieve them, and there is a very simple tool that can help you do just that-the bucket list. It has been scientifically proven that if you write down your goals, you are far more likely to actually accomplish them. When you physically record your goals, your mind creates a sort of contract with itself, and nobody likes to let themselves down. Plus, having a physical list lying around that you see on a regular basis serves as a constant reminder of your aspirations, and keeps you goal oriented. So where to start?

To start off with, you are going to need a proper medium to record your list on. Don’t just scribble it down on a scrap of paper that’s going to get mixed up with old mail and thrown out. Make this something special, something that you will take care of and look back on years down the road, the roadmap of your success. Keep in mind that your list can potentially be fairly long, and will likely have many additions as you check off items and your priorities change. You also want to remember that for a bucket list to be effective, you need to be aware of it, so buying a bulky leather bound journal that looks like a ship’s log, as appealing as that may be, is really a poor choice since you’re unlikely to have it with you very often. You want something that you can keep in your pocket, or at your workspace, not something that will be gathering dust at the bottom of your bookshelf. While you may consider something like the Moleskine too pricey for your day to day pocket notebook, its durability makes it an excellent choice for storing your bucket list. You need something that will potentially last for decades. Finally, and this the next part goes without saying…write in pen.  Don’t afford yourself the opportunity to erase a goal later just because it is proving too difficult to accomplish.

This is the simplest part of an already simple process. The contents of the list are totally up to you. The idea is to put to paper all the things you ever said you wanted to do. Then think ahead, to the end of your life, and imagine all the things you will be saying you wish you had done, and write those down too. Some argue that having too many things on your list makes you less likely to accomplish as many goals, but I couldn’t disagree more. If the goals you put on the list are truly important to you, as every goal that makes the cut should be, then it does not matter how many there are. Life is short, but not short enough that you can’t get a lot done before the final buzzer. Nothing is too insignificant, as we can take pleasure from even the smallest accomplishments, so don’t leave anything out that is important to you. Want to quit biting your nails? Put it in there. Entertaining the idea of losing a few pounds? Make it official.

That being said, this is not simply a checklist for the day to day aspects of your life you wish to improve upon. Include the big goals, the ones you dream about accomplishing. You know that house you have been dreaming about building? You know the one, with the wraparound porch and the big comfy man-cave in the basement? The first step in the building process is putting it on your bucket list. Tired of your job and considering pursuing a new career, or maybe going back to school? Jot it down. Once you’ve covered the small stuff like diets and the big stuff like building a house, move on to the outrageous stuff, because really, what’s to stop you from accomplishing your wildest dreams as well? Stop thinking about how great it would be to hike the Appalachian Trail in a single attempt and instead put it on your list, and then start training. Want to climb Everest? Not so many years ago there was an unassuming beekeeper who decided he wanted to do just that, and as the story goes, he “knocked the bastard off.” Why can’t you? Just remember, putting things on your bucket list is like signing a contract with yourself. Don’t put things on the list that you know you will never pursue in reality. Doing so just creates another reminder of how you aren’t living the life you wish you were. When something makes the list, it becomes a goal, and you should be working towards accomplishing it from the second you write it down.

Once you have compiled your initial list, start working towards checking off the items on it. While it is always rewarding to accomplish goals, bucket list or not, there is something truly special about drawing a line through the goal you have been reading every day for months or years on end. The sense of accomplishment is almost overwhelming, and it also serves as a sort of turbo-boost for your other goals, because you realize that if you can accomplish one, you can accomplish them all. If possible, keep your list with you at all times, or at least somewhere that you will notice it daily and can take a minute to flip through it. Make a ritual of scanning the items on your list, updating yourself on the progress you have made towards achieving each goal. Your list should be fluid, so don’t be afraid to add items to your list when inspiration strikes. Try to avoid erasing items from your list, unless the removal is based on a real change of heart, and not just because you feel you cannot accomplish something and do not want to look at it anymore. Remember, a major part of the reason for keeping a bucket list is to remind yourself of those hard to achieve dreams so that you will stay motivated to reach them.

We are less than half way through the year, with plenty of time left to do some amazing things. Nine months from now, what will you have to say about 2009? For me, it will be the year I earned my Master’s Degree, travelled to 3 different continents, climbed Mount Kilimanjaro, went on photo safari in East Africa, and of course, became an official contributor to the Art of Manliness. What stories will you have to tell? After all, we are the writers of our own story. Make yours one worth telling.

Now it’s your turn. Do you have a bucket list? What are some of the goals you have on it?