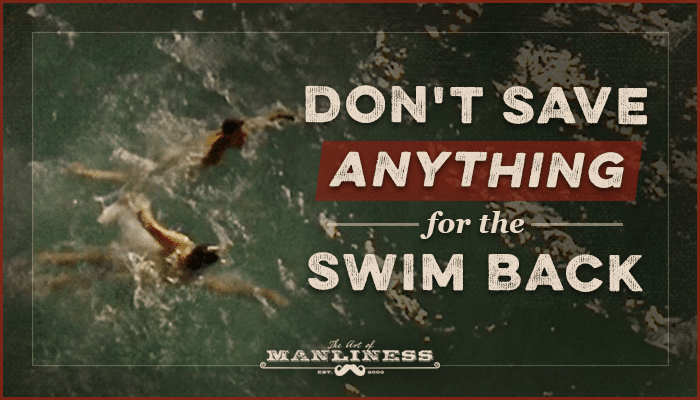 In the excellent and under-appreciated film Gattaca, biotechnology and advanced eugenics have divided the “not-so-distant” future into two groups: the “valid” and the “in-valid.”

The valids are those whose embryonic genes were pruned and manipulated to allow for their birth as genetically superior children, destined to bring to fruition their parents’ best hereditary traits.

The in-valids are those who were conceived naturally, by parents who played a game of genetic roulette. More likely to carry “flawed” DNA and more susceptible to genetic disorders and weaknesses, in-valids are barred from society’s important professions and consigned to menial work.

Vincent Freeman is an in-valid. With genes that indicate a high probability of several disorders and an estimated life span of 30.2 years, he works as a janitor while secretly dreaming of becoming an astronaut, a vocation from which he is disqualified.

Vincent’s brother, Anton, is a valid, and their sibling rivalry is heightened by their genetic divide.

Growing up, Vincent and Anton challenge each other to games of “chicken,” in which they both swim out into the ocean as far as they dare; the first one to turn back is the loser.

Vincent always loses, until one day he shocks Anton by outdistancing him. Anton, who cannot keep up, almost drowns, and has to be saved by his genetically inferior brother.

Years later, after an insatiably ambitious Vincent uses subterfuge to join the space program and earn a place, through merit, on a mission to Saturn, the brothers have a rematch. Once more the underdog bests his fraternal rival, who again must be rescued from drowning.

Astonished at this turning of the tables, Anton asks, “How are you doing this Vincent? How have you done any of this?”

To which his brother replies:

I never saved anything for the swim back.”

The Edge Wrought From Desperation

“One salvation alone remains to the defeated: to hope for none.” –Virgil

After thoroughly routing the Roman army at the Battle of Cannae, the victorious Carthaginian general Hannibal offered to ransom back the thousands of legionaries who had been taken prisoner. The Romans refused, though their devastating losses had left them acutely, desperately in need of men. They knew that should they accept Hannibal’s offer, their remaining soldiers might see a chance for survival in surrendering and would thus lose their ferocity in the fight. The Romans, Carlin Barton writes in Roman Honor, further “ordained by law that soldiers must either vanquish or die, so that . . . there might be no hope of survival in case of defeat.”

As Barton observes, this approach to maximizing motivation by purposefully putting one’s back to the wall and setting up a situation of “do or die” was typical of this ancient people, who “romanticized the challenge of desperation” for “the edge [it] gave to valor.” As the Greek historian Polybius recorded, “The Romans, both singly and as a group, are most to be feared when they stand in real danger.”

“Burning their boats” was just one way the Romans sought to achieve the state of being they deemed necessary to the salvation of both individual and civic life: that of holding nothing in reserve. As Barton explains, “The willingness to expend everything — up to and including the state — was, paradoxically, the final insurance of the continued existence of both the state and the spirit.”

They believed, as the Roman general Sulla put it, “You will be safer the less you spare yourself.”

The spirit of the man who was willing to give everything could not ultimately be defeated.

Moderation in All Things, Including Moderation

“He who scorns his own life is lord of yours.” –Seneca

Saving nothing for the way back, consuming yourself in a cause — choosing to be, as Jack London put it, ashes rather than dust — is of course not a sound policy in all things. In most things, really.

Success in modern life most often hinges on moderation, on budgeting one’s resources, carefully pacing the distance. Being sensible. Prudent.

And yet there are times when victory can only be achieved by he who goes all in, who spurns an exit plan, who has no option B, who leaves it all on the floor.

First, as the Romans observed, it forces you to find a fifth gear, to summon resources of will inaccessible outside a situation of “do or die.” Not saving anything for the way back is then a kind of act of faith — a belief that if you dig deep enough, you’ll find a layer of black gold heretofore untapped.

Second, it intimidates one’s enemies, who are terrified by the uncertainty of just how far you’ll go — just how much you’re willing to risk, to do without. “Hannibal’s will was broken,” Barton notes, “when he received news that the Romans were ‘discarding’ their soldiers at the moment they were most in need of them.” Take a game of chicken far enough, and a competitor will often give up and turn back.

In some things in life, there are simply no guarantees. You have to push forward with all you have and make the most of the moment. You have to trust that even if you burn up so much fuel on the way out that you don’t have sufficient energy for the way back, you’ll have yet traveled far enough to have reached another shore. You won’t have to return to where you started. You’ll have opened a new possibility for your life.

As Anton and Vincent swim through the ocean towards the horizon, the former, frightened by fatigue and how far out they’ve gotten, beseeches his brother: “We have to go back.”

“It’s too late,” Vincent answers. “We’re closer to the other side.”

All is the price of all.