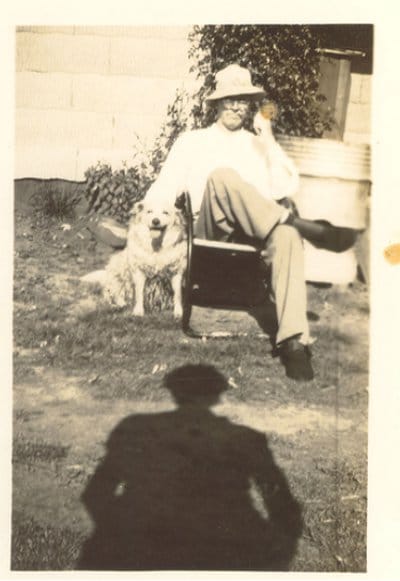 Presidents are notorious for giving their dogs politically correct names (See: Bill Clinton re: Buddy or Gerald Ford re: Liberty). Lyndon Johnson even had a pair of beagles he simply named Him and Her. But our manliest president, Teddy Roosevelt, would have none of that. Not only does he have a dog breed named after him (the Teddy Roosevelt Terrier) he is also responsible for perhaps the two coolest Oval Office dog names around: Sailor Boy and Blackjack. Since you don’t have your own dog breed named after you and you’re not likely to become the leader of the free world, we thought we’d provide you with a little assistance when it comes to the art of picking a manly name for your dog.

1) When it comes to female dog names, if you’re a single guy, steer clear of naming her after your favorite actress or supermodel (unless you want to end up like Michael Rapaport’s character in Beautiful Girls). Your buddies might think it’s funny, but grown women will think you’re fifteen.

2) Ironic names are like somewhat clever/funny voice mail recordings; they’re usually not as funny as you think they are, but even if they work, they’re only funny once, so don’t use them. Introducing your 10-pound Maltese named Bear might get a smile from some people, but then again, it might not. Also, if you’re a man, why do you have a Maltese? The only thing with the word “Maltese” in it that should be in your house is a copy of the Dashiell Hammett novel.

4) Dogs named after brands of alcohol are hard to pull off. As a rule, the more masculine the drink, the greater chance the name might be a success. Also, liquor names tend to work better than beer names: A Doberman named Johnny Walker? Possibly. A black lab named Guinness? Maybe. An Irish Setter named Jameson? You might be on to something. A Weimaraner named Corona or Michelob? Doubtful. Even Budweiser’s own canine mascot was named Spuds, not Bud.

4a) Age is a big factor with this rule. You have to go with your gut and trust your friends. In college, I thought my friend’s dog Jäger, as in Jägermeister, was the coolest thing ever. At the time, it probably was. Now that my buddy is 32 and has two daughters, the name feels a bit dated.

5) Piggybacking on the last corollary to the last rule: Never forget that many dogs live well beyond ten years–which is well beyond the few years of fame most pop stars enjoy. Letting your 14-year-old daughter name your new dog Bieber might make her happy now, but when your child is 24 and Justin Bieber is in rehab, nobody will be happy–least of all, the dog.

6) You really can’t go wrong with dogs named after great literary characters or old-school Presidents. Some examples: Lincoln and Jackson are great dog names. Huckleberry, Gatsby, and Buck (even though the character in this last case is an actual  dog) are solid as well.

7) Be careful about naming your dog after famous authors. You might be tempted to name your dog Hemingway or Twain or Cormac, but half the people won’t get the name and the other half will probably accuse you of being pretentious. That doesn’t leave many people besides you to appreciate it.

8) Never, ever name your dog after a current player on your favorite sports team. It may seem like a good idea, even if he just signed a 10-year, $127 million contract, but it’s not. Even if you never in your wildest dreams pictured Player X playing for another team, don’t do it. It’s not worth the agony when all of a sudden your favorite player somehow becomes a team cancer and decides he wants a contract extension, or more catches, or more playing time. Once that happens, you’re in trouble. Then, of course, there’s free agency. Sweating out a free agency period with your favorite athlete on the line is tough enough already, no need to make it worse.

8a) If your wife surprises you with a dog as a gift without reading this article, and she names the dog after Player X without your knowledge, or your kids absolutely love the name and you can’t turn them down, and Player X gets traded or signs elsewhere, you have every right to change your dog’s name. Think about how many dogs named “LeBron” are walking around Cleveland right now. Not a pretty sight.

9) Naming a dog after your favorite retired athlete isn’t the most unique idea, but if you do it, you absolutely have to take into account whether that athlete might do something insane in retirement that will make you want to change the dog’s name. There must have been several dozen people in the Buffalo area with dogs named OJ or Juice who were scrambling for new names for their pets in the mid ’90s. Retired players are good. Dead players are better. Same goes for actors, actresses, politicians, celebrities, artists, etc…

10) Dogs named after college coaches are a bad idea — too much insecurity and uncertainty about the character of the coach and how long he’ll be there. Would you want to have a dog named Paterno right now? Didn’t think so.

11) As for naming a dog after a stadium or arena, proximity to that stadium or arena is a major factor in whether you should do this. A dog named Fenway in Boston will be a dime a dozen and most likely looked upon as an uninspired nod to your Red Sox fandom. Same for a dog named Wrigley in Chicago or Lambeau in Green Bay. The farther you live from where your team plays, the more chance you have of the dog’s name coming off as original. A dog named Lambeau in Baton Rouge, Louisiana will probably be just fine. For large fan bases, it’s safer to stay away from these names, because chances are if you live near a major metropolitan area, there will be lots of transplants.

12) Dogs named after colleges or mascots in general are okay, but like stadiums, proximity is a factor. How many dogs named Gator are there in Florida? How many dogs named Bama are in Alabama? Hundreds. Avoid them. Better pick something original about your college experience and go with that. The street name your fraternity or sorority house was on, your favorite sandwich at your favorite sub shop–something like that is always good and gives you a great story.

14) Names based on a dog’s physical traits are also unacceptable: Fluffy, Snowy, Midnight, Brownie, Whitey… In fact, if your dog’s name could in some way be misinterpreted as an outdated racial insult, avoid it.

15) When in doubt, remember two things: simplicity and originality.

Jon Finkel has written for GQ, Details, ComedyCentral.com and the New York Times, among others. For tons of manly advice about how to name a child, interview for a job or even decide which actor played the most believable real-life boxer, check out Jon Finkel’s The Three Dollar Scholar: Awesome Advice for Acing Life’s Major Decisions and Mindless Debates today! Follow Jon on Twitter: @3dollarscholar

What did you name your dog? What names have you admired or disliked in the dogs of others? Sound off in the comments. 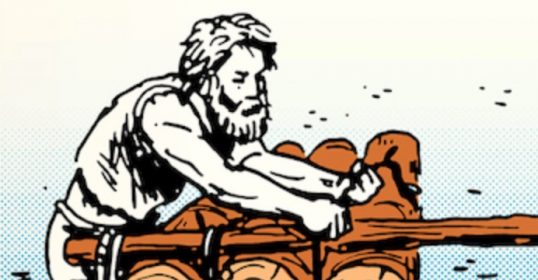 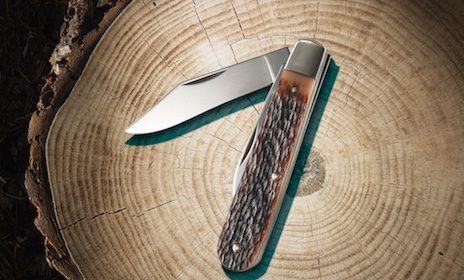