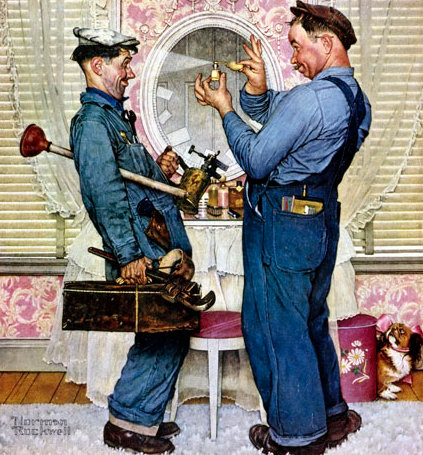 It’s every man’s worst fear. You’re at someone’s house, you  finish doing your business and flush the toilet, but instead of going down, the water comes up along with whatever you just deposited in the bowl. Would you be paralyzed with panic in that moment? Or do you know what to do?

Thankfully, unclogging a toilet isn’t hard at all. Even the most gnarliest of clogs can be taken care of with ease. To help us learn how to effectively unclog a toilet, I called up Rod from Roto-Rooter and got the scoop. Here’s his easy to follow advice.

1. Stop the Toilet Bowl From Filling Up.

If it looks like the water might overflow out of the toilet, Rod suggests taking the lid off the tank as quickly as possible and closing the toilet flapper. The flapper releases water from the tank and into the bowl. It looks like, well, a flapper. If you’re worried that your flush has a good chance of turning into a flood, take off the top before you pull the trigger. Then you can keep one hand close to the flapper while the other hands pushes the flusher. The minute it appears the water is rising, you’re ready to stop the deluge. 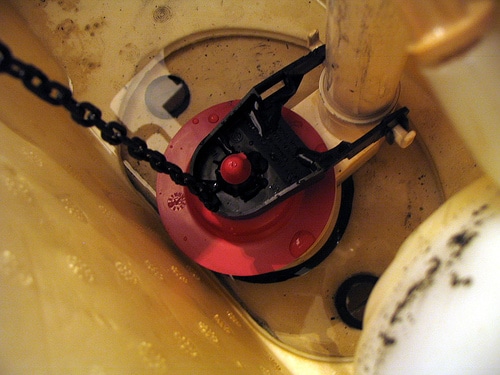 2. Get the Right Plunger

Once disaster has been averted, it’s time to unsheathe your plunger. To effectively use a plunger, you need a good seal between it and the toilet bowl. Funnel-cup plungers are the best plungers for this. They’re the ones with a flange, or added piece, extending off the bottom of the rubber cup. 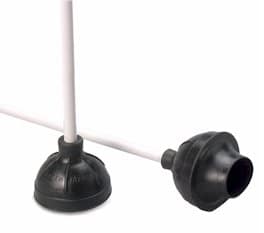 3. Warm Up Your Plunger

Stiff, hard plungers don’t work as well as soft and pliant ones. Run your plunger under some hot water before you use it. This will soften up the rubber, which will help you get a better seal on the toilet bowl.

Stick the plunger in the bowl and use it to form a solid seal over the exit hole. Rod said that most people only focus on the downward push when plunging. But the pullback is just as important. Give a few good up and down strokes with the plunger and flush the toilet. If the water clears from the toilet, then you’ve successfully unclogged it. If the toilet starts overflowing again, just close the flapper to stop water from entering the bowl. Repeat the plunge and flush sequence until your clog is gone.

Add a few cups of hot water to the toilet bowl before you start plunging. After you pour the hot water in, let it sit for a few minutes. To put it mildly, the heat helps break the, um, stuff up. This will make unclogging the toilet with the plunger much, much easier. The heat from the hot water can sometimes break up the clog without plunging, so this could be a good tactic to use if you a clog a toilet at a friends house and you don’t want to face the embarrassment of asking for a plunger.

Also, try adding some dishwasher detergent to the mix. The soap can help break the clog up, as well.

6. Another Secret Plumber Trick: Use Baking Soda and Vinegar

Another trick to unclog toilets comes from your elementary science fair project. Pour one cup of baking soda into the clogged toilet and then slowly pour one cup of vinegar into the bowl. The chemical reaction and fiz can help break down the clog.

For Harder Clogs, Use an Auger

If the plunger doesn’t work, Rod says it’s time to bust out a toilet auger. An auger is a cable-like device that you snake through the toilet hole to help loosen up a clog. You can find augers at most hardware stores. 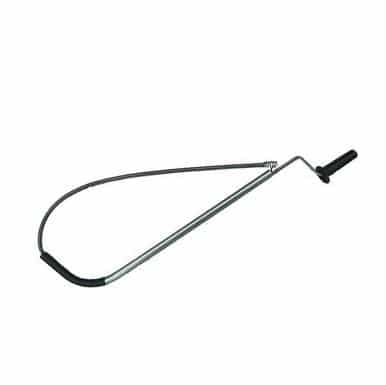 To use an auger, you simply snake the cable down the hole. Start turning the crank on the end you’re holding until it stops. This means you’ve reached your clog. The auger will either break up the clog or hook on to it. If it feels like you’ve hooked the clog, pull it out. Discard any waste on the end of the auger. Give the toilet a few good plunges to clear up any left over blockage. Flush. Shazam! Cleared toilet. You might want to put some gloves on for this job in case you need to clean off some… matter from the plumbing snake.

When to Call the Plumber

There are times when your own efforts just aren’t enough. How do you know when it’s time to call in the professionals to battle your clog? Rod says that if you see water backing up in the sinks or showers whenever you flush, it’s time to bring in a plumber. Water backing up in odd locations when you flush means you have a clogged main line. A plunger and auger won’t get the job done.

How to Avoid Clogged Toilets

Rod’s parting advice was to avoid clogs in the first place. First, teach children that the toilet is not a Jacuzzi or water ride for their GI Joes. Rod says that the majority of his work with clogged toilets involves toys and other items that kids have flushed down the toilet.

Rod also says it’s important to ensure the jets around the toilet bowl’s edge are nice and clean. Stopped up jets will prevent the toilet from flushing at full power which in turn prevents you from clearing out the toilet and its contents. Weekly toilet cleaning with a brush will prevent build-up. If you haven’t cleaned the toilet in a while, you’ll probably have mega buildup. Rod suggests using an Allen wrench or screwdriver to clear out the junk.

Finally, take it easy on the paper. You don’t need an entire roll to wipe your bum.

A Visual Guide to Unclogging a Toilet 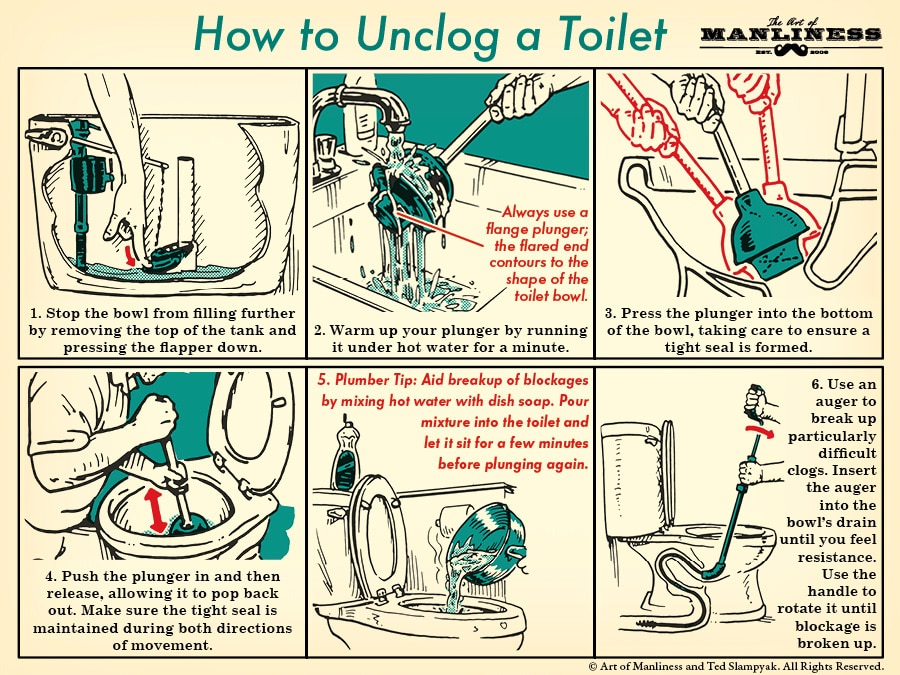