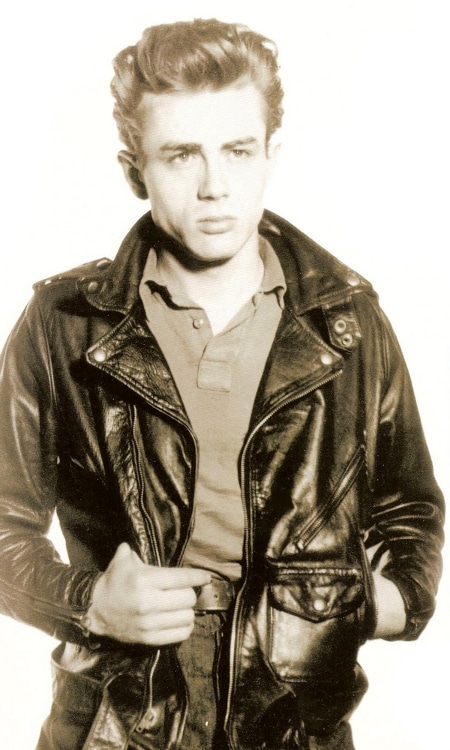 If you’ve ever thought about buying a leather jacket, you know it’s not a simple proposition.

There are a lot of options out there — and many of them are questionable.

Sorting the wheat from the chaff takes time and care, and generally those remaining good options won’t be cheap.

Is it worth the bother?

For a man who’s ready to make a serious investment, and who wants a strong style statement that’ll stay in his wardrobe for decades, the answer is a definite yes.

Leather Jackets: Why Own One?

A good leather jacket is an expensive buy — anywhere from $100-$300 if you score a great deal, all the way up into the thousands if you pay full retail for a well-known brand.

Given that they’re not as dressy as a basic dark wool overcoat, and harder to match, why would anyone make the investment? 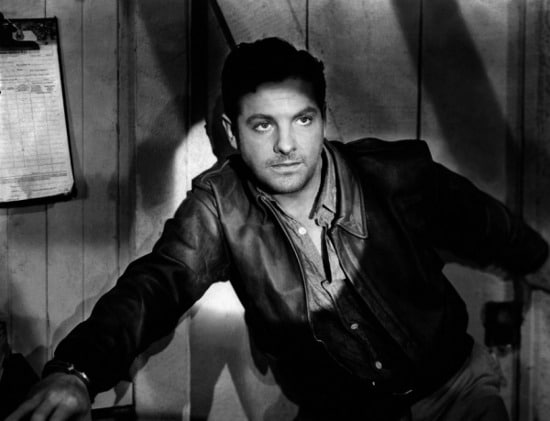 This is at the top of the list for a reason.

Tough guys have worn them since the beginnings of human history, back when the best source for a leather jacket was something you’d killed and skinned yourself.

These days you don’t have to be quite that intense to get your hands on a good coat, of course. But the image is still there, along with the cultural memory of countless tough guys doing tough things, on film and in person.

Even a very smooth and polished leather look has those same primitive associations with toughness, hunting, and swagger. It’s all the intensity of spikes and studs, without the flashiness or pretense. 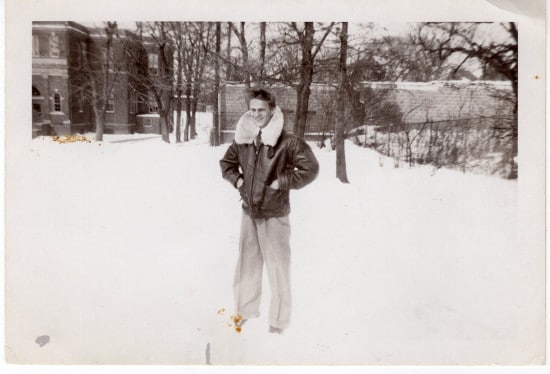 More practically, leather’s reputation as a tough guy material is completely deserved. It really is tough stuff, and it’ll keep you well protected from both physical harm (in the way of scrapes and cuts) and the elements.

There’s a reason leather outerwear is the go-to for motorcyclists. It might not stop all the harm of a high-speed encounter with the pavement, but it’s a lot better than denim or any other kind of cloth. Leather is effectively a second skin — and it’s a thicker, tougher skin than yours.

For those of us who aren’t anticipating physical trauma, leather also affords good protection against the elements. It’s an excellent windbreak and highly water-resistant, and with treatment can become completely waterproof. 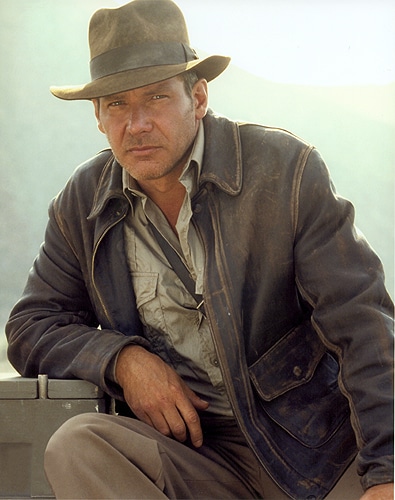 In a fast-fashion world, leather sticks around for the long haul, both in terms of style and physical performance.

A good leather jacket (and it does have to be a good one) will last for decades. Properly treated, it will outlive you. Remember, we still have the leather clothes that Roman soldiers wore in museums today, intact thousands of years after they were first cut. (And yeah, sure, they’re showing their age a little, but come on now — thousands of years.)

Leather’s big advantage over cloth is that it’s not woven. It’s a solid mat of fibers all pressed together. There’s nothing to unravel, even if the surface suffers a pretty deep cut or scrape. The damage will stay there, but it won’t widen and destroy the whole garment like is the case with other materials.

So the upfront cost might be steep, but you’re going to have the jacket so long that, per wear, you’re probably paying less than you are for anything else in your wardrobe. 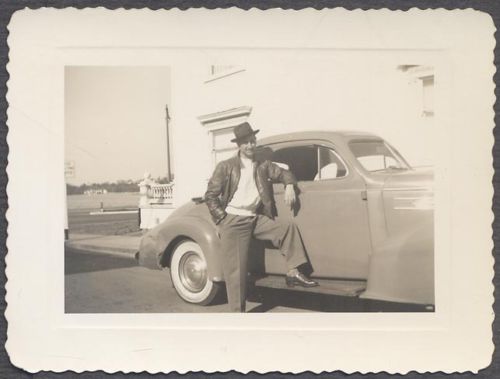 The term “leather jacket” doesn’t connote a single style or item. You’ve got options, and they all create a very distinct image from the others. Even within a specific style, different colors and textures can create very different looks.

There’s no one “best” jacket. It’s a matter of personal taste and the look you’re aiming for.

Different leather jacket styles are usually distinguished by the length of the coat, the way it closes, and the size and cut of the lapels and collar (if any). A few popular families have emerged over time: 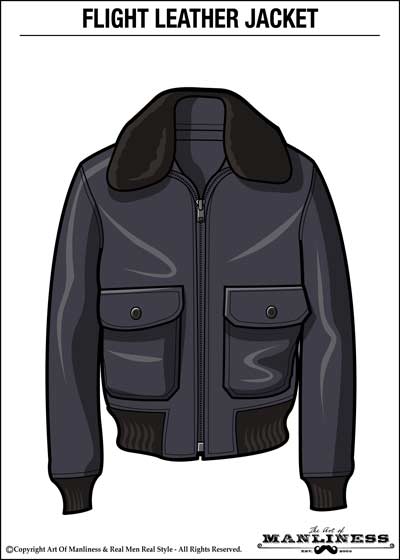 The original bomber jackets were designed for the crew of the planes they get their name from. The style hasn’t changed much since.

Bombers are waist-length leather coats with a soft inner lining. Traditionally, the lining extends to the turndown collar, making a swatch of it visible on either side of the chin. Fleece, flannel, and corduroy are all common liners. The waist and sleeves cinch tight, usually with elasticized openings.

Typically, these are no-frills jackets designed to keep the wearer warm and protected. They tend to zip straight up the front, and have roomy flap or side pockets. They fall toward the casual end of leather jacket options. 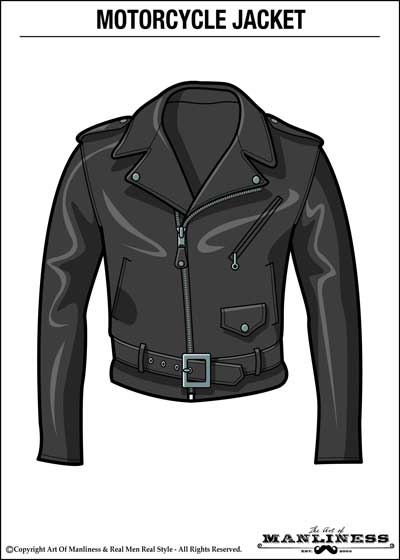 The classic American take on the leather jacket, this is the one people think of when they imagine Harley-riding bad boys. Marlon Brando wore one in The Wild Ones, and the style has been a cultural icon ever since. (It’s also sometimes called the “Perfecto” jacket, after the Schott brand jacket that launched the look.)

Large, spreading lapels and a flared collar, all with snaps to fasten them down in wind, give the double rider its distinctive look. The front zipper typically runs at an angle, opening wide to form one lapel and allowing the other to fold out from underneath it. (There are a number of different construction methods, however, and the shape and angle of the lapels can vary widely depending on brand and model.)

Its associations are rough and rowdy, but a double rider can dress up nicely, so long as it isn’t too heavy on buckles, snaps, and other flashy extra bits. 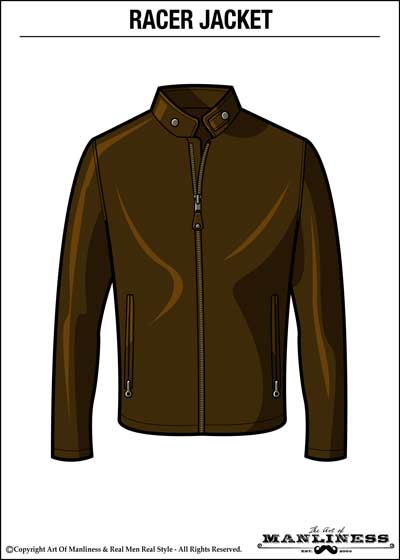 Short for “motocross,” and sometimes called “cafe racer” jackets, motos are snug, streamlined jackets with a small snap collar, or in some cases no collar at all. They lack the warm lining and elasticized openings of a bomber, and the flaps and snaps of a double rider.

In a natural leather color or plain black, these are the dressiest option for a leather jacket. They’re simple and streamlined, making them a more neutral item than the other styles.

Because the style is associated with racing, moto jackets often come in brighter colors, sometimes with stripes or other patterned panels stitched together. Naturally, that dresses the look down, and can seem a bit too much like a costume if you don’t actually have a bike to ride and a helmet close to hand.

Bombers, double riders, and moto jackets make up the majority of most commercial leather jacket options. There are, of course, countless variants on the basic styles, and even some crossover between them — an unlined bomber jacket with exaggerated lapels, for example, is verging into double rider territory, while a moto jacket with extra padding and insulation looks something like a collarless bomber.

Additionally, there are some less common styles that share the basic leather construction: 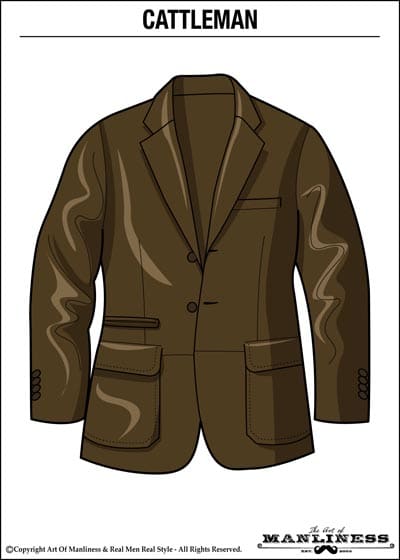 Cattlemen jackets are thigh-length coats with a slight flare at the waist.

They button rather than zip, allowing the bottom to spread for horseback riding. It’s mostly a rural style, but you’ll occasionally see fashionable interpretations on store racks. 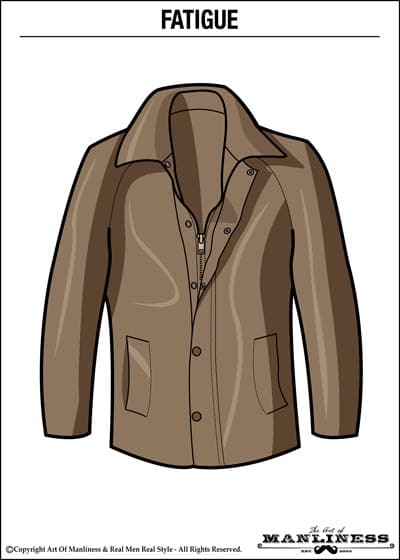 Fatigue jackets in leather look just like they do in cloth: a little loose, with a soft collar and big flap pockets, cinched at the waist and sometimes belted.

The effect is similar to a bomber, but more dressed-down and a little more aggressive. 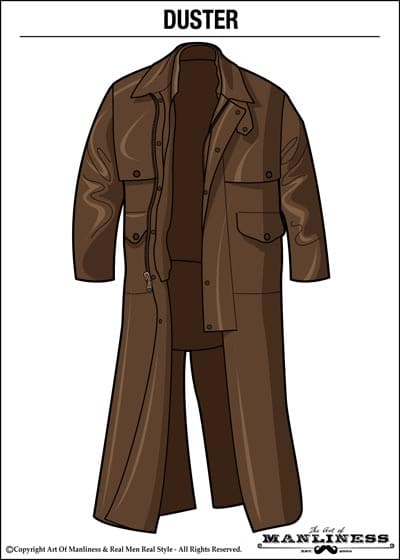 Leather blazers come in and out of fashion periodically. Unlike the other styles, they can easily look dated, which is a bad trait in something as long-lived as leather. Steer clear unless you want to make a very bold personal style statement.

Periodically, someone will also get it into their head to manufacture a traditionally non-leather jacket in leather: peacoats, trenchcoats, you name it. They’re generally worth avoiding, unless you find one that you love so much you think you’ll be wearing it in another 20 years. 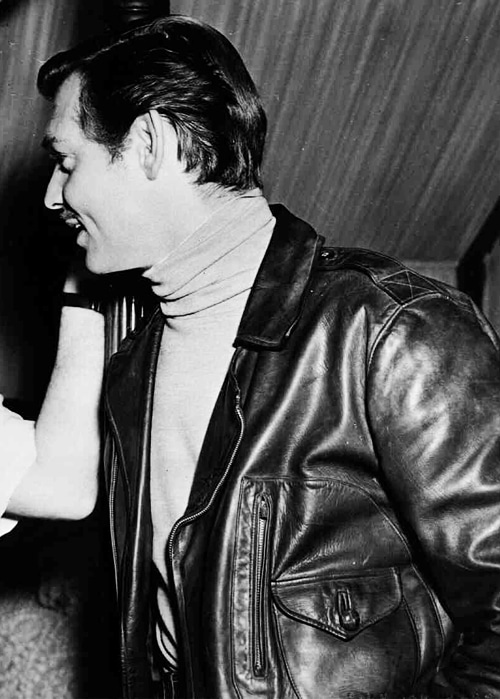 Not all leathers are created equal. You’ll want to know your way around the industry terms before you buy, particularly the grades of leather quality:

Generally speaking, the price for any leather jacket is high enough that you’re better off spending a bit more and getting top grain or full grain. There’s no point in dropping $100+ on a cheap, genuine leather jacket that won’t last half as long.

Different treatments and finishes can also affect how the leather looks and feels. One steerhide jacket might be bright, glossy, and stiff, where another will be weathered, cracked, and softer. So long as you’ve got the material you want in a top or full grain, the rest is a matter of personal preference.

How to Wear a Leather Jacket With Style 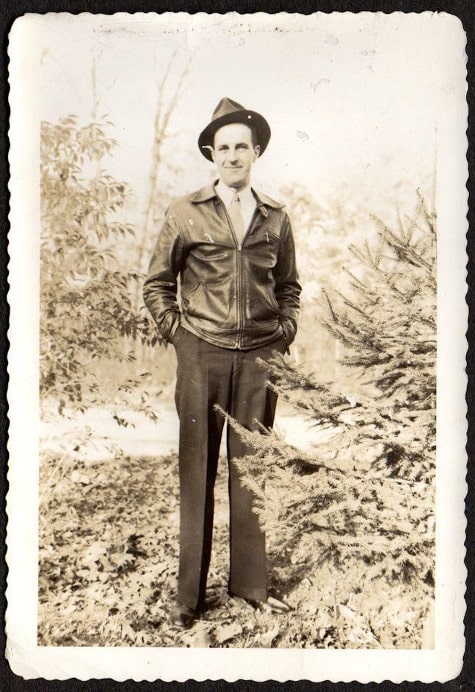 Throw your jacket on with whatever else you’ve got, and now you’re Indiana Jones, right?

A lot of really bad looks have come out of just that strategy. Below, I outline a few principles and ways to wear a leather jacket based on the look you’re going for.

Not all jackets work at all levels of formality: You can’t just throw a banged-up double rider over your khakis and button-down and head to work. Just because it’s leather doesn’t mean it’s dressed up. Make sure its cleanliness and wear matches that of your outfit.

Start with a good fit: Leather can’t be adjusted (inexpensively), so you’ll need to buy the right shape from the get-go. You want enough looseness that it doesn’t pinch at any angle, and not much more than that. Leather’s too stiff to drape, so an oversized jacket bulges and flares in odd, unattractive ways.

Leather and business dress: Broadly speaking, leather is casual. It’s not business dress, and it’s certainly not strict boardroom formality. That said, you can throw a slim moto jacket on over a dress shirt and tie, paired with some wool slacks and black leather shoes, and it will pass muster among younger businessmen in relatively informal settings (drinks after work, etc.).

Under no circumstances should a leather blazer stand in for a proper blazer, however, and you always want to avoid wearing a leather jacket over a blazer or suit jacket that’s longer at the hem. Since the only styles that tend to be longer are dusters and cattleman coats — decidedly rural flavors that don’t match with a suit at all — if you’re wearing a suit, you’re not wearing a leather jacket.

You can make some of the simplest wardrobe items look good if they’re clean, decently fitted, and paired with a good leather jacket. It’s still casual, but it’s a lot more noticeable — and stylish — than the same look would be without the jacket.

For the average man, a well-chosen leather jacket will be a reliable upgrade to a lot of daily looks.

Masculine, rugged, and guaranteed to last for decades of hard use — it’s worth finding the right one for you!