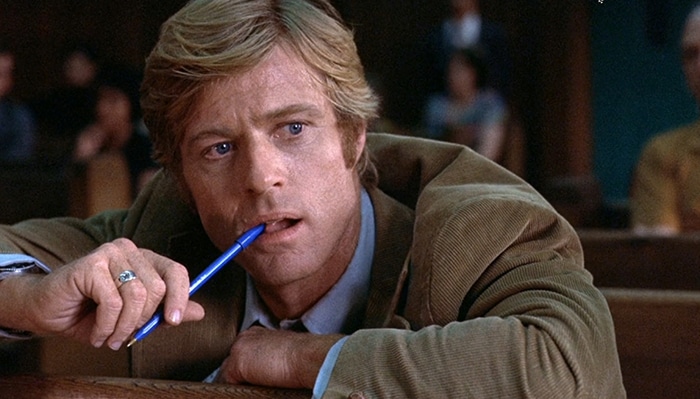 If we’re going to be harkening back to the 1970s in terms of economic inflation, we might as well harken back to that decade for something much groovier: corduroy.

While corduroy clothes came to prominence during the age of gas shortages and boogie nights, they’ve never entirely gone out of style (though baggy 90’s-era corduroy pants — with enough roominess for proper hacky sacking — did their best to kill ’em off). Corduroy is classic. It’s soft — it actually derives from the same fabric as velvet. It’s warm and cozy — perfect for colder months. It’s durable — and stain-resistant too. Plus it sports a pleasing, tactile texture that not only feels great to touch but stands out (and not just because of the swooshing sound it can make when you walk).

The uniqueness of corduroy does give men some hesitation in how to incorporate it into their wardrobe. You yourself may have wondered: “How do I wear this ribbed fabric stylishly, and what do I wear it with?”

Below, we’ll provide you with some pointers.

Corduroy is casual. Depending on its cut and style, the formality of corduroy pants is about on par with jeans and khakis. And while corduroy garments of all kinds can be dressed up or down a little, their dressiness tops out around the “smart-casual” level. It’s a fabric with laid-back vibes.

Thinner, finer wale (called pincord, pinwale, or needlecord) is often found on upper-body garments (shirts, blazers), with thicker wale being more common in pants. The exception to this rule is corduroy outerwear, which typically has a low wale count.

Don’t overdo it on the patterns/textures you pair with corduroy. Corduroy has a lot of texture and personality, so when you don a garment made of this fabric, allow it to be the star of your sartorial show. As a general (not iron-clad) rule, you don’t want to make your get-up too busy by pairing a corduroy piece with other boldly patterned/textured pieces. So, if you’re wearing corduroy pants, pair them with a smoother-knit sweater rather a chunky, ribbed one. Or if you’re wearing a corduroy blazer, layer it over it a solid-colored button-down rather than a loud plaid.

Also, unless you’re rocking a corduroy suit (and awesome for you if you are), you only want to wear one corduroy piece at a time.

There are a lot of garments made with corduroy, including suits, outerwear jackets, and hats. Below we’ll offer some tips on wearing its most basic and common iterations: sports jackets, pants, and shirts.

How to Wear a Corduroy Sports Jacket/Blazer 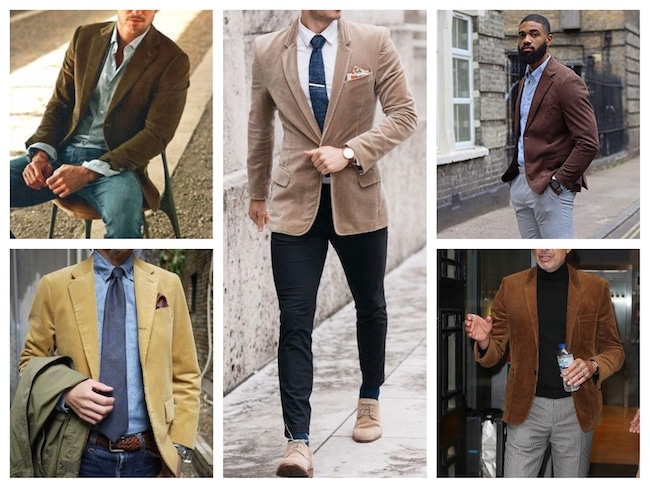 The corduroy sports jacket (often referred to as a blazer though it’s technically not one) may be associated with academic types, but, spiffy without being stuffy, it’s a good-looking piece regardless of your profession.

A corduroy sports jacket is a nice pick for when you want to look a little dressed up but still laid-back. Don one if you work in a more casual, but not jeans-and-t-shirt casual, workplace (like if you’re a teacher or a librarian — natch!) or to an event that feels special, but isn’t formal, like going out to dinner with your lady.

You’ll most often find corduroy sports jackets in various shades of brown, and the versatility of this color makes it a good option for adding to your wardrobe. You can also find jackets in green, burgundy, and navy, and those can certainly work if your budget and taste allow for purchasing a piece that will get less use and make you stand out more. 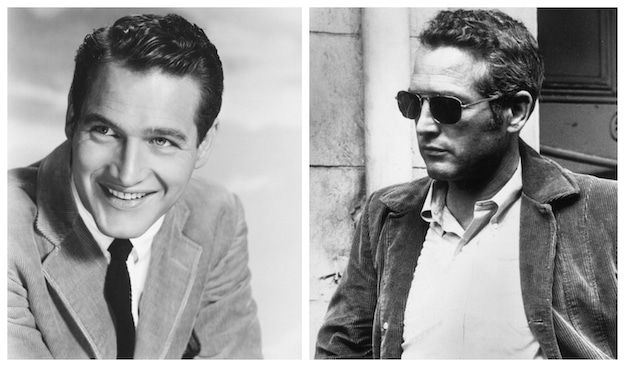 Paul Newman demonstrates how, when styled differently, the look of a corduroy sports jacket can range from “eager professor” to “unassailable cool dude.”

On your bottom half, pair a corduroy sports jacket with jeans, chinos, or trousers, along with chukkas, leather boots, or dress shoes on the more casual end of the formality spectrum. Layer over a solid-color (it’s hard to go wrong with white) button-down, or a thin solid-color sweater or turtleneck (give the turtleneck a chance!). If you’re wearing a button-down, consider adding a more casual tie; in an exception to the rule of not pairing textured accessories with textured corduroy, a knit tie works well here.

If the elbows wear out on your jacket, you can sew on some patches for the full professorial look.

How to Wear Corduroy Pants

Corduroy pants are more comfortable than jeans, and more interesting than chinos.

They come in a spectrum of colors, with brown, gray, green, and navy being the most common, and are available in a more trouser-like style, as well as the five-pocket variety; the former is a little dressier, and the latter is essentially interchangeable with jeans. But while corduroy sports jackets, with their thinner ribs, can be dressed up and down a bit more, corduroy pants, with their thicker ribs, establish a base that’s more immovably rooted in casualness.

To avoid the dated, baggy wide-leg look of the 90s era, choose corduroy pants with a slimmer, straighter cut. The pants should have little to no “break”; the bottom of the leg should hit the top of your shoes without the fabric folding/creasing over them.

Corduroy pants pair well with crewneck sweaters, henleys, solid-colored tees, turtlenecks, and casual button-down shirts. Couple a simple plaid with pants that complement one of its colors. A chambray shirt with brown corduroy pants also makes for an easy, winning combination. In the footwear department, reach for boots, chukkas, and leather or canvas sneakers.

How to Wear Corduroy Shirts 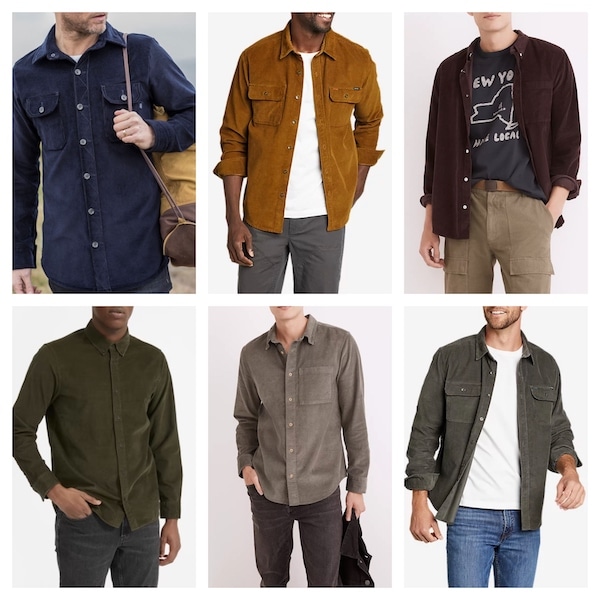 Those made with a fine pinwale are more appropriate for wearing alone; those made with a thick cord are more appropriate for layering over another shirt. But both can do double-duty as either a stand-alone piece or an overshirt/shirt jacket. The latter option is perfect for fall when the weather is chilly, but not so cold you need to wear a full-on coat. Just layer your corduroy shirt over a henley or solid-color tee (white is classic), pair with jeans or chinos and some canvas sneakers or leather boots, and you’re good to go.