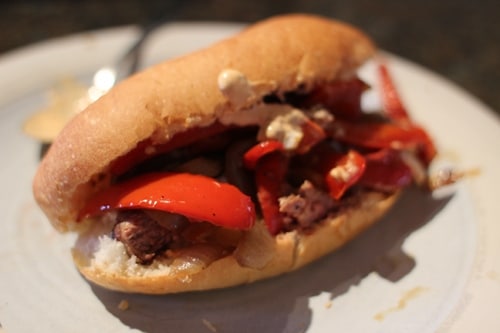 Welcome to Day #5 of the AoM sandwich project. Last month we asked readers for their best sandwich recommendations. Out of 483 submissions, we picked 20 to highlight here on the site each weekday during the month of April. At the end, we’ll publish all the entries into an epic man-sandwich cookbook. Enjoy.


Adam submitted an interesting take on the traditional steak sandwich, and by interesting, I mean all the ingredients are saturated with Rickard’s beer. This looked a bit more challenging to make than the other sandwiches on the list, so I thought it would be fun to highlight a more complex creation. And since I’m actually a teetotaler myself, I figured it would be humorously ironic to cook with more beer than I’ll drink in a lifetime. Will inebriating the ingredients make a ho hum steak sandwich really hum? Let’s find out. 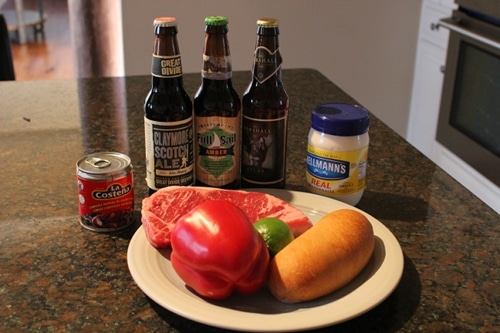 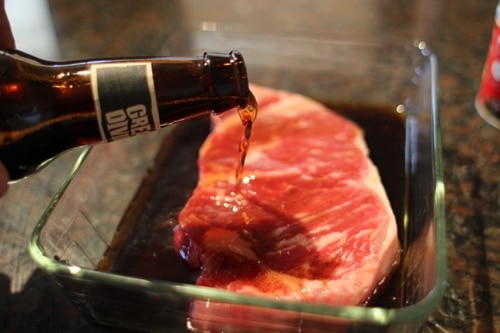 Marinate steak in amber ale and a bit of soy sauce for a few hours. I goofed here. You were supposed to use the amber ale for the steak marinade, but I used the darker stuff. Crap. 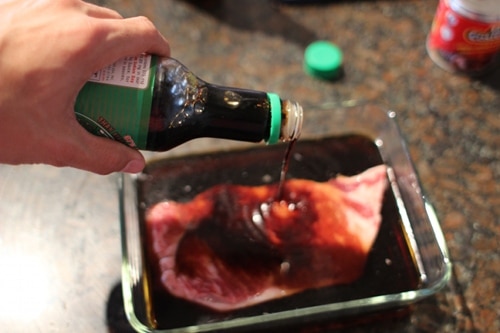 Add a bit of soy sauce to the mix. Let it sit in the fridge for a few hours. 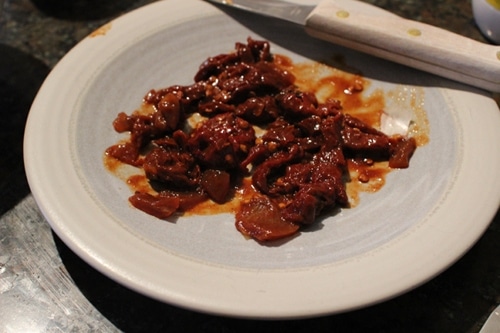 Chop up some chipotle peppers. 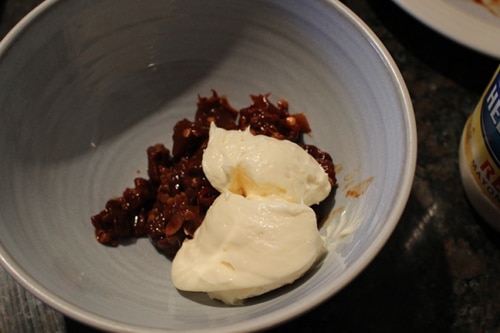 Mix chopped chipotle peppers with a scoop of mayo. 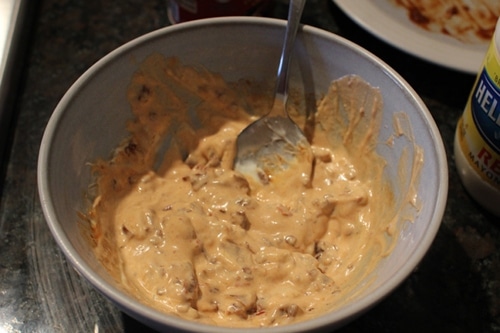 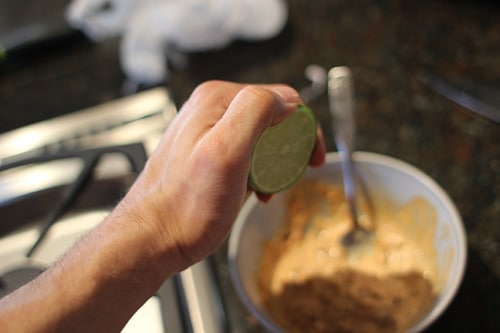 Add some lime to the mayo. 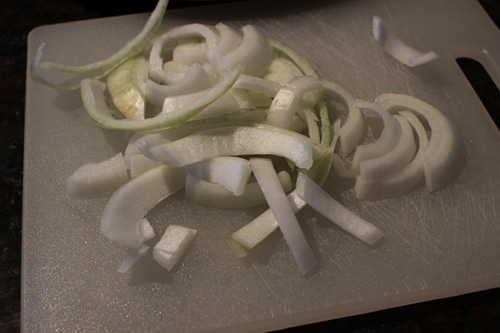 Chop up a white onion. 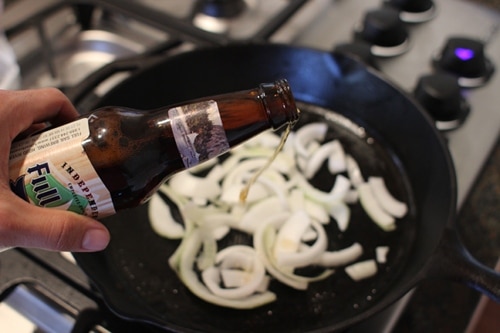 Cook onions in dark ale until onions are reduced and very sloppy. Because of my goof with the marinade, I used the amber ale here. 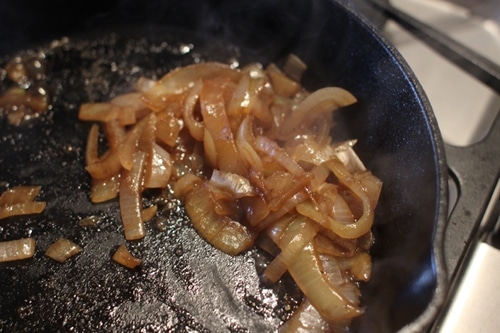 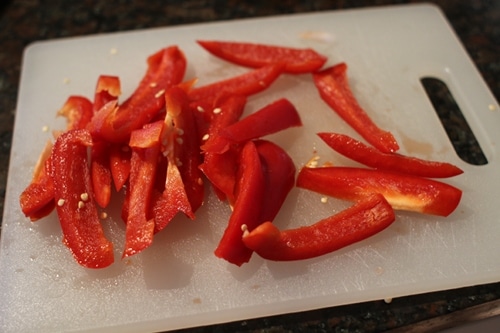 Slice up your red pepper. 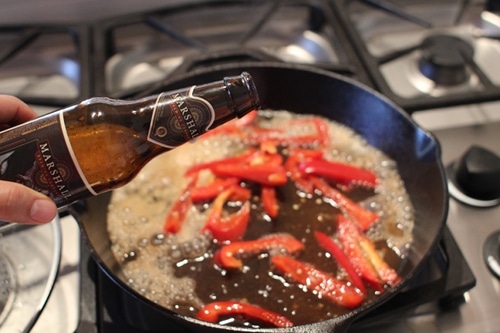 Douse red peppers with your white ale. I used a pale ale instead. Cook until the peppers are nice and soft. 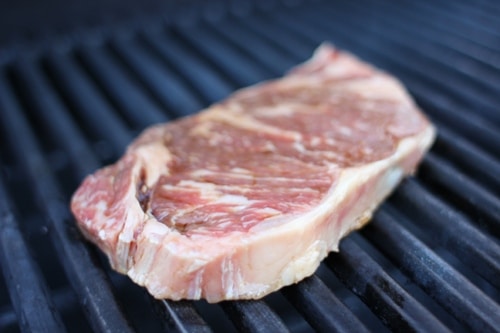 Remove steak from marinade and grill on high heat for 8 minutes. Go for medium-rare doneness. 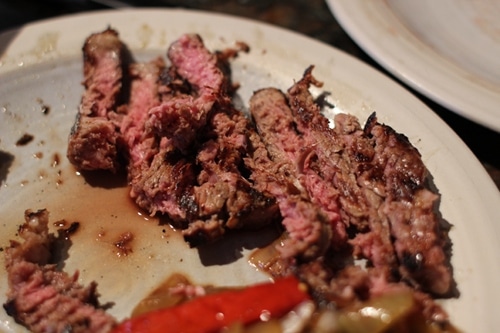 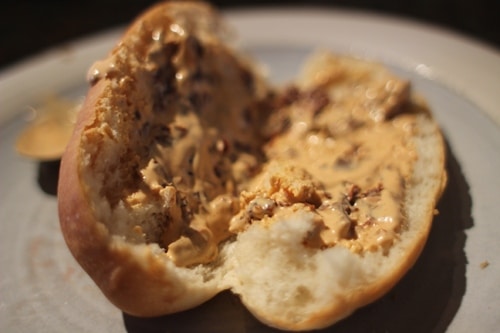 Slather a generous helping of your chipotle mayo on roll. 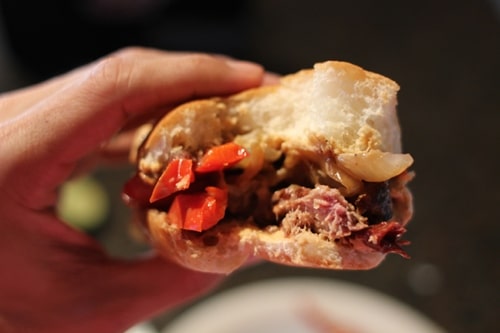 Somebody grab this sandwich’s keys before it does something crazy!

This was a great sandwich. So much going on here flavor-wise. The smoky spiciness of the chipotle mayo went wonderfully with the beer-accented meat, onions, and peppers. I think if I were to make it again, I would have used flank steak instead of strip. I also think it would have been better with a baguette as called for in the original recipe.

The only downside to this sandwich is the length of time it takes to create. Not counting the few hours I marinated the steak, total prep time was about 40 minutes. Of course, things always take longer the first time you make them, so I’m sure I could reduce the time with practice. Nevertheless, as I typically turn to sandwiches as utilitarian, quick-to-assemble lunchtime grub, this would be one I’d personally save for dinner. A side of steak fries would go well with this sandwich. Natch.