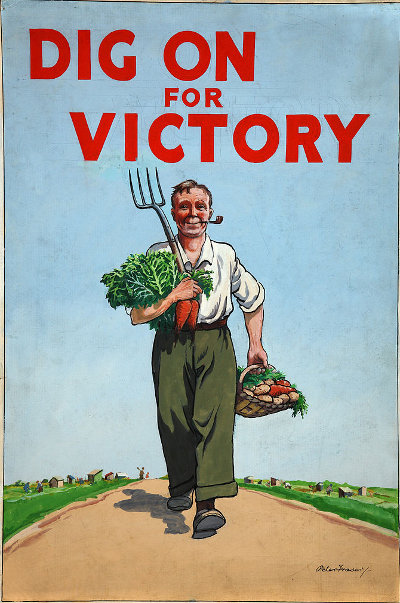 Editor’s Note: This is a guest post from John Porter.

With warm weather upon us and summer just around the corner, it’s time to think about gardening. “Gardening?” you say. Yes, gardening. If the mention of it has you thinking of aged ladies in big hats and frilly gloves gently nipping blooms from their roses, then you have the wrong picture. If you aren’t already gardening, there are plenty of reasons to be doing so. It’s time to lay down your gardening misconceptions and pick up a shovel and a hoe.

Gardening goes way back and has a good deal of manly history. Thousands and thousands of years ago, the planting of crops led to the creation of what would eventually be modern culture. The first crops were grains, as in wheat, barley, and the like. But don’t think that agriculture began just so that everyone could eat bread. On the contrary, modern theories of early agriculture show that the practice started so that the Neolithic nomads could get their homebrew on. That’s right – early agriculture was driven to produce beer. You can’t get any manlier a start than that.

Fast-forward several thousand years and you find that some of the most celebrated gardeners of our time have been men. Perhaps one of the most prolific and adventurous of them was the third president of our country – Thomas Jefferson. During his time, he was known far and wide for his gardening prowess. He would even compete with his friends to see who could harvest the first peas in the spring (manly competition has obviously changed with the invention of football and video games). He kept journal after journal of his trials and errors in the garden and has passed down a legacy that lives still today. The gardens at his home, Monticello, still function much as they did when he was gardener-in-chief. There’s even a Thomas Jefferson Center for Historic Plants.

Aside from Jefferson, we find garden pioneers like Luther Burbank, who developed more than 800 varieties of plants throughout the late 1800s and early 1900s and is the father of the Russet Burbank potato. It was his unorthodox and untidy tinkering that led the horticultural industry for decades and ultimately culminated in Congress passing the 1930 Plant Patent Act. Since he had passed away four years earlier, he was posthumously awarded 16 patents. Burbank’s contemporary and competitor was W. Atlee Burpee, who had the largest seed company in the world when he died in 1915. The company distributed over 1 million catalogs annually and took over 10,000 orders per day. The company is still in operation as Burpee Seeds.

Of course, the one horticultural hero celebrated in both song and story is Johnny Appleseed. No, he’s not just a legend of frontier America; he really did exist. Despite living as a pauper, John Chapman (his real name) became a legend during his own lifetime. He traveled westward ahead of the expansion of the growing United States, introducing apples to much of the frontier of Ohio and Illinois. This itinerant farmer wasn’t planting apples so that people could get all their fruits and veggies, however. Back in those days, apples weren’t for eating – they were for cider; as in hard cider and applejack. He also sold trees to pioneers, who were required to plant fruit trees as a symbol of their ties to the land given to them by the government. In The Botany of Desire: A Plant’s Eye View of the World, Michael Pollan writes: “Really, what Johnny Appleseed was doing and the reason he was welcome in every cabin in Ohio and Indiana was he was bringing the gift of alcohol to the frontier. He was our American Dionysus.”

7 Reasons You Should Be Gardening

Now, at this point you might be asking, “Why do your examples of a bunch of dead, manly gardeners mean that I should be gardening?” I would have to say that you’re right – it doesn’t mean a thing. But, there are plenty of reasons you should be gardening. I’ll go over a few of them right now: 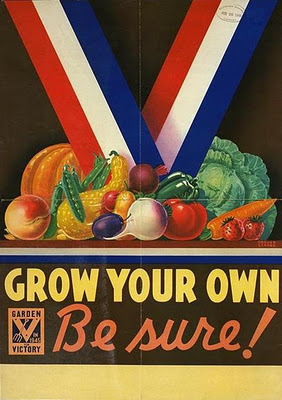 Reason #1: You know what you are eating.

There are an increasing number of people who focus on eating organically or naturally produced food. That’s well and good, but just because it says organic doesn’t mean that it’s any healthier. Organic food produced on a large scale can still have issues. Just look at the food biosecurity issues with tainted produce over the last several years. Plus, the rules for “certified organic” might not be as stringent as you think. 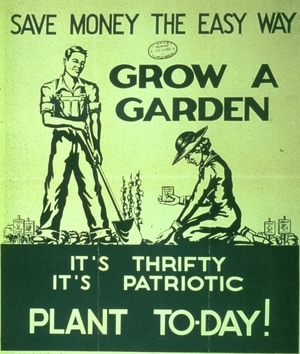 Reason #2: You can save money on food.

There’s a reason that after the economic collapse in 2008, home food gardening increased by over 30% by some estimates. Growing your own fruits and veggies can not only put more green in your fridge and your diet, it can also put more green in your wallet. It is much more economical to grow a hundred heads of lettuce from a seed packet that costs $2 than it is to buy one head of lettuce for $2. Some gardeners might argue that home-grown food really isn’t cheaper, but you have to resist the urge to buy all of the latest gizmos, fancy equipment, expensive tools, and overpriced fertilizer. You can maintain your garden without breaking the bank by being thrifty and wise. It gets even cheaper when you use recycled materials, make your own compost, and bargain shop.

Reason #3: It can attract/impress a mate.

Invite your “someone special” over for a romantic, home-cooked candlelight dinner, and you are sure to impress. Tell your date that you grew the tomato and herbs in the pasta sauce and it will be the icing on the cake. Finish dinner with some home-grown strawberries and you’ve hit the ball out of the park. Gardening demonstrates skill and dedication, and shows that you’ll be able to provide for your future family beyond simply bringing home the bacon. 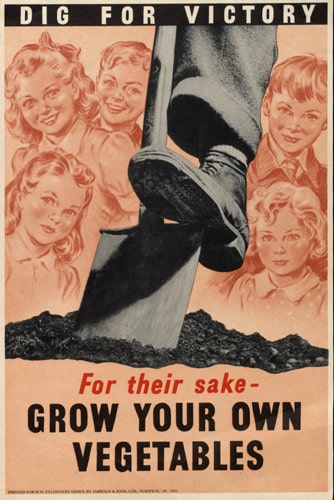 Reason #4: It can make you more self-sufficient.


Sure, right now obtaining food is as easy as going down to the big box store and grabbing whatever you want off the shelf. But what if some kind catastrophe cut off that steady food supply? Would you have even the foggiest idea as to how to start growing your own grub? Even if the zombie apocalypse is a ways off, it is really satisfying to know that you don’t have to totally rely on distant producers for your food, and that you have the skill-set to turn seeds into sustenance.

Perhaps the closest you’ve come to gardening is being a couch potato. Or maybe your idea of health is working on your six-pack abs. Either way, gardening can be a fun way to get in some exercise. Planting, cultivating, harvesting, and lifting are all activities that give you a moderate amount of exercise. You can burn off pounds and increase your health all while growing some tasty grub.

Does life wear you down? Are you stressed? Gardening can be a great way to find inner peace and concentration, clearing out all of the competing thoughts that life brings us. Plus, there’s no better cure for frustration than digging holes or destroying weeds.

Reason #7: Gardening will reconnect you to nature.

No, we are not talking Kumbaya and sharing circles here. We are talking actually getting out of the house/office/parent’s basement and experiencing the great outdoors. Really getting down in the dirt. It used to be that humans functioned with the natural seasonal cycles, especially when it came to food. Since we have access to fresh produce the whole year at the grocery store, we’ve lost some connection to the seasons and the natural flow of the earth.

How Do I Start Gardening? 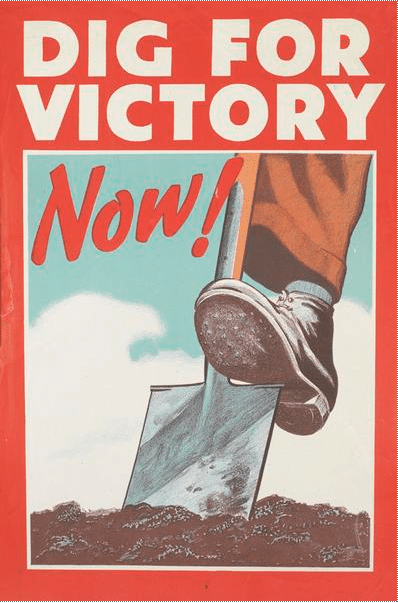 Well, the simple answer is: plant something! Even if it is in a pot in your apartment window, get growing. Visit a local garden center or retailer and see what is available in your area. You can also check online for mail-order garden companies. If you are completely confused or need help, contact your local extension agent. These folks (myself included) are paid to connect you with the information you need and often offer workshops for beginning gardeners. If you feel a little more confident in your gardening skill, the extension service also offers the Master Gardener program, which is an intensive training and volunteer service program. If you are unsure where to find your extension agent, contact your nearest land-grant university or go to www.extension.org. There, you can find lots of information, a connection to your state’s extension service, and even a box where you can type in a question to be answered by an extension expert. Who knows, maybe one day your horticultural skills will be the stuff of legend and stories of your garden will be told in history books.

John Porter is a West Virginia University Extension agent for Agriculture and Natural Resources in Charleston, WV. He is a native of Wayne County, WV, where he grew up on his family farm. He currently resides in Kanawha City, where he is transforming his home’s small landscape into an edible homestead.