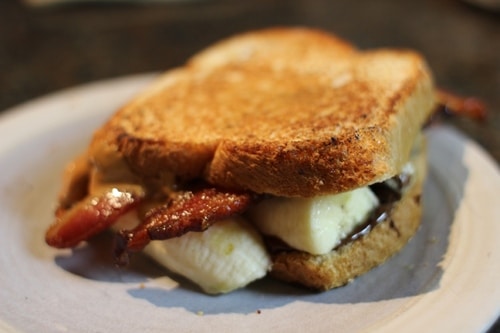 Welcome to Day #6 of the AoM sandwich project. Last month we asked readers for their best sandwich recommendations. Out of 483 submissions, we picked 20 to highlight here on the site each weekday during the month of April. At the end, we’ll publish all the entries into an epic man-sandwich cookbook. Enjoy.

We got a few submissions that featured Nutella: the delicious, “wholesome” chocolate/hazelnut spread that’s apparently the crack cocaine of college cafeterias. One that I tried consisted of Nutella, peanut butter, and marshmallow fluff. It was decent, but insanely sweet; something Buddy the Elf would appreciate, but left me feeling a little light-headed.

So I tried another combination — this one submitted by Ezekiel — that included Nutella, peanut butter, banana, and bacon. I figured the bacon would balance out the sweetness of the other ingredients  on this one. Let’s see how it went. 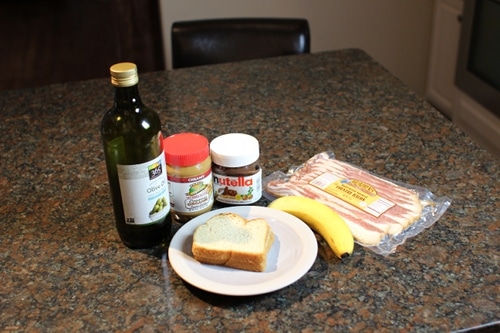 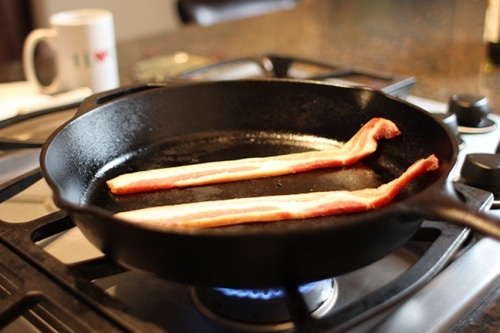 What a glorious sight. 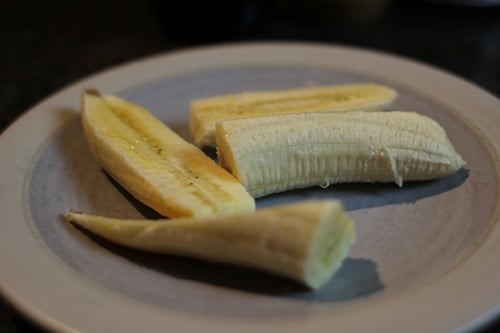 Cut banana in half lengthwise and widthwise (you should end up with four quarters, each with a flat side 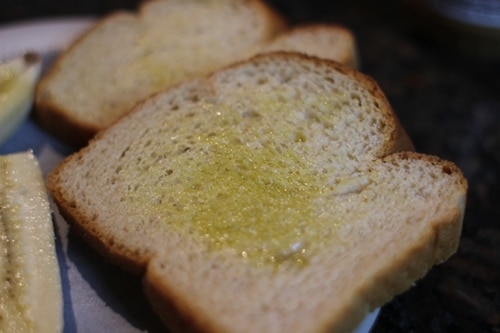 Spread olive oil or butter on one side of each piece of bread. 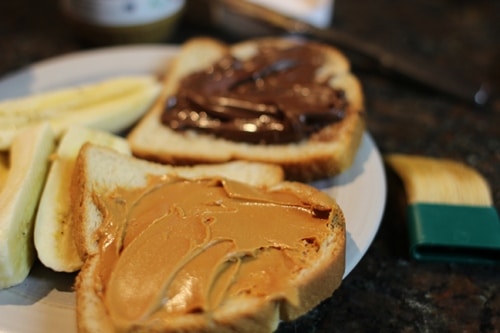 Spread copious amounts of peanut butter and Nutella on a slice of bread. Make sure to spread them on the opposite side that you spread olive oil or butter on. 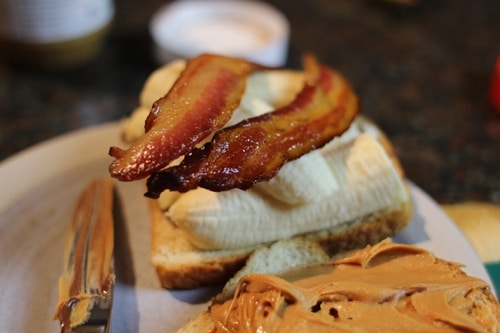 Stack your bananas and top with bacon. 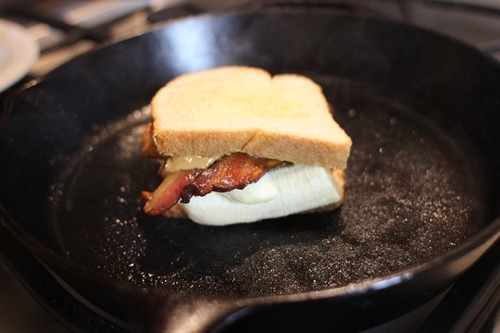 Grill sandwich in a frying pan just like you would a grilled cheese sandwich. 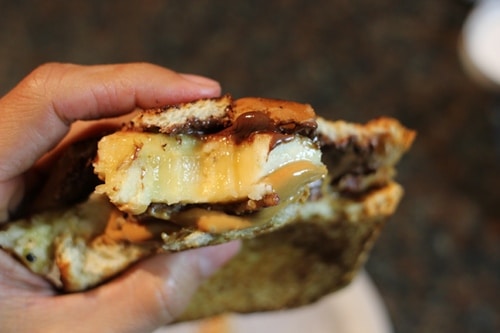 As predicted, the savory bacon was a nice compliment to the sweetness of the Nutella, peanut butter, and banana. This isn’t something that I would eat for a regular meal, though. It’s definitely one of those “It’s 1am and I’m hungry for something sweet and savory” snacks. One downside is that it’s super messy. The warmed up peanut butter and Nutella lost their firmness so the bacon and banana were slipping and sliding out of the bread. Definitely eat over a plate.

I’m thinking just peanut butter, banana, and bacon — sans Nutella — would be pretty awesome too. But I haven’t tried it…yet. 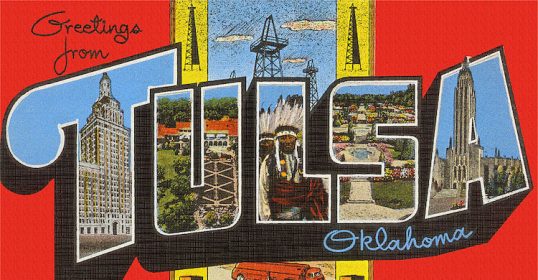 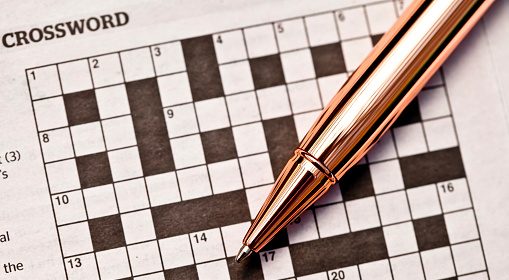