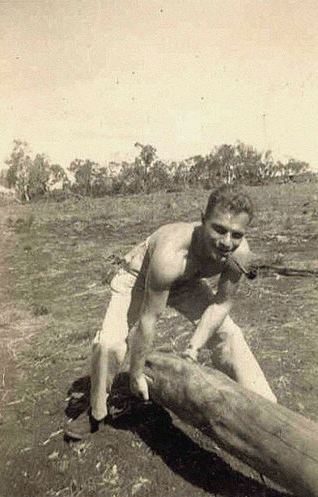 How did you do on the hardihood quiz?

Not so hot? Well join the club.

There are a lot of virtues lacking in the current generation of men, but I think an argument can be made that our lack of resiliency is the most critical.

And I say that as a man who has himself struggled to live this virtue.

In law school, I engaged in a pathetic routine each semester. After finishing my finals, I would initially feel pretty confident in how I did. But then I would sit and think about the exams in detail, remembering questions that I missed, issues that I failed to raise. My confidence would quickly evaporate, replaced by a sense of utter doom and despair. I would become convinced that I had gotten a C or even failed the test. I wouldn’t get my grades back for several weeks, but I would spend that time in a state my wife called “logging out,” which, as the name suggests, involved me laying on the couch like a depressed log.

When my grades would finally come in, I would be relieved to find I hadn’t flunked out, Kate would chide me for my irrational behavior, and I would swear that I wouldn’t waste my time doing that again. But come finals time the next semester, the The Log Man would make another appearance.

I was in serious need of some resiliency. And I still am. For reasons I’ll explain in future posts, law school really did a number on my resiliency, and I’ve had to go to work on regaining my hardihood. So I decided to do some research on the subject and share it with others who might be struggling to be resilient too.

Studies have shown that boosting your resilience increases your resistance to stress and can greatly lower your chances of becoming depressed. It can even reduce the chances of getting PTSD. You may not be living in a war zone, but the trials of life, even the weight of many little setbacks, can leave a man feeling shell-shocked.

We all have times when life makes us want to crawl into a hole; resiliency is what helps us dust ourselves off and climb back into the saddle instead. But just what is resiliency, anyway?

Resiliency is a quality that helps us both act and react in appropriate and productive ways. Let’s take a look at both of these areas.

Resiliency as a Reactive Quality

Resiliency is the ability to face setbacks, failures, crises, and pain (both emotional and physical) with confidence and courage.

It is the ability to quickly bounce back from our trials and tragedies.

It’s the quality that keeps us from giving up, even when the going gets rough. It’s the ability to stick with something through thick and thin and the power to overcome the temptation to bail put when things stop being easy.

Resilient men don’t let their worry about the future, about things that may or may not come to pass keep them in a funk. And they don’t let mistakes from their past eat them up inside. Instead, they concentrate on the present and the things that they do have control over.

Resilient men take personal responsibility for their actions. They don’t whine and blame others. And yet they do not blame themselves so much that shame and guilt paralyze them from moving forward and trying again.

We see resiliency in the guy who gets cancer but remains optimistic and upbeat. In the man who gets a divorce, but doesn’t get bitter. In the guy who is fired from his prestigious job, but is able to make the best of becoming a stay-at-home dad. He’s the rock who keeps his composure when bad news hits and is able to take care of his loved ones when everything’s going to pot. He’s both strong and flexible.

Resiliency is a quality that not only helps with the big crises of life, but also allows you to weather the mundane daily annoyances that threaten to grind out your vitality. Resilient is the man who can face his annoying co-worker without anger, argue with his wife without exploding, and have his kid disappoint him without flipping out.

Resiliency as an Active Quality

While we most often think of resiliency as a quality that helps us react to challenges, resiliency is also essential to the proactive aspects of our lives. It is the virtue that allows us to face the world head on like daring adventurers, to strike out into the unknown like courageous explorers. It is the quality that enables us to take risks, to reach out to others, and to live deeply and powerfully.

Without resiliency we forever dwell on our setbacks instead of making progress in our lives. The hurt from our past disappointments (or even the hurt we imagine could befall us) is so debilitating that we cannot muster up the courage and desire to take chances and seize opportunities; we’re afraid of experiencing pain and embarrassment. Without resiliency we become content to play it small; we hide from the world, keeping ourselves from hurt but also removing our chances of joy, excitement, and satisfaction. The fear of trying something and failing looms large in our minds. Yet we ignore the even bigger failure-the failure to make an attempt, to try and to risk.

Every man wants to know the secret of the man who is able to walk up to any woman and strike up a conversation. Who can saunter into his boss’ office and ask for a raise. Who takes the trip everyone else says is crazy. Their secret is resilience. They’ve got a thick skin; they don’t walk around feeling like the next disappointment might be a fatal blow, a wound to their ego and happiness that will take forever to recover from. They’re not crippled by fear of embarrassment. They know that if they get rejected, if things don’t work out, they’ll hardly miss a beat; they know they won’t shrivel up like a daisy; they’ll simply take the setback in stride and keep on truckin. They don’t shrink from forming relationships in fear of the potential pain of a break-up; they know that pain is a possibility but they are confident in their ability to manage it and move on.

Do you want to be a man that lives with gusto, seeing the world as your oyster instead of a minefield? Well, good news: It’s possible for every man to develop iron-clad resiliency.

While some men may have been born more resilient than others, or had parents that helped them develop this quality, it, like all virtues, is like a muscle that can be strengthened by regular exercise.