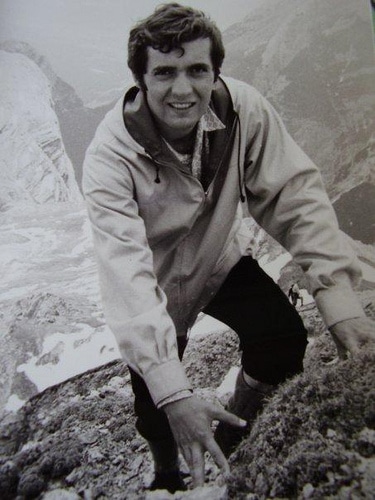 While much in the way of traditional gender roles has shifted in modern times, most women I know still want a man who can be the rock in the relationship. But just what does being the rock entail? I asked this question in the Community, and this is what a few of the men had to say:

Jamie said: “To me, that means being mature, guided by reason and my family’s best interest, rather than being given to emotional upsets. My wife wants to know that if she gives me her cares and concerns, she can rest assured that I’ll take care of them responsibly.”

Jeffre said: “To me, being the rock means I need to be the calm when life starts getting stormy. Not that I can control the events that happen in life, but I can control how our family responds to the events. . . Does it mean I’m always “the rock?” No, there are times when I have had to lean on my wife for support, but as a general rule my job is to be there for her and the kids. If there is a crisis and I’m not doing well, I have to put aside my fear and anxieties to step up for them. You feel like you want to crawl into a hole and disappear, but you can’t because others depend on you. Those are the times of real testing. When those times arrive I think of a quote I read somewhere (I don’t know who originally said it) but here it is: “Ask not for a lighter burden, but ask for broader shoulders.”

Robert said: “My dad was always the “rock” in the family. He’s the go to guy. The person you can always rely on. The person that you know will be strong when everyone else isn’t…Being the “rock” means always doing what you say you will do. Being calm when the situation seems to be chaotic and panic the order of the day. My dad is the rock because he is reason when emotion prevails, compassion when hearts are hardened, and humorous when you least expect it.”

What else does it mean to be the rock? Let’s take a look.

Be a haven of safety. Sometimes a woman wants to cry on your shoulder. When she does, you don’t look at her strangely and say, “Geez, what’s the matter with you?” You don’t tell her you’ll cuddle after you’re done with that level on the video game. You’re immediately available to hold her and comfort her. You should be a bastion of calmness, strength, and understanding. When she’s in your arms, she should feel totally safe, like nothing in the world can harm or hurt her. Let your woman know that letting out her feelings is okay and give her your undivided attention. The same goes for your kids; when they’re hurt and they need you, you’re immediately available.

Unravel the problem. Oftentimes a woman feels overwhelmed because of a problem she’s having. Her feelings are knotted up in a great ball. Your job is to slowly take the problem apart. Don’t give an off the cuff solution at first. Instead, ask her questions about exactly why she’s feeling down or overwhelmed. Be interested and attentive to what she has to say. She really wants someone to talk through the problem with and vent to. Ask follow-up questions and have her explain her concerns.

Formulate a plan….or not. It’s become a popular cliché to say that when a woman vents her problems to you, you shouldn’t offer a solution. And sometimes that assumption is correct, but certainly not always.

It’s true that you shouldn’t offer a solution right off the bat; as I mentioned, you want to unravel the problem first and allow your wife or girlfriend to talk through everything that is bothering her. At that point you should ask her directly, “Is this is a problem that you want help solving? Or do you just want to vent?”

If it’s the former, then here is where you as a man can really shine. Come up with a specific action plan to help your wife tackle the problem. When appropriate, put her mind at ease and take on some of the responsibility for making things right. For example, let’s say your girlfriend comes to you in tears because she has a big research paper due but a hundred other things she needs to take care of as well. You would say, “Okay, here’s what we’ll do. I’ll take your dog to the vet, take those packages to the post office, and change your oil. All you need to worry about it working on that paper. You focus on that; I’ll take care of the rest.”

When your wife is suffering some kind of ailment, research all about it online and come up with some remedies she can try. If she’s having trouble making a decision, sit with her and come up with a pro and con chart.

Never say: “Don’t worry about it.” She’s already worried about it, and so to her it is something worth worrying about. Telling her not to worry only dismisses her feelings as invalid and thus is prone to make her angry. Instead, always say, “I’ll take care of it.”

Delay your grief. When something tragic happens that affects your family, be a pillar of strength during the crisis. Take care of the business that needs taking care of. If your wife or girlfriend doesn’t feel like getting out of bed and cooking or cleaning or talking to people and returning phone calls, you do it for her.

Now, I know that some are going to say that keeping your feelings in is unhealthy. But the idea is not to suppress them indefinitely. Instead, you follow the ancient code of manhood: women and children first. You let them do their grieving during the initial shock of things. Then, when they’re feeling better, it is your turn to grieve.

This doesn’t mean that you can’t grieve initially too. You should take time to be by yourself and vent to other family members and friends. And it’s good to grieve and cry with your partner sometimes as well. She wants to know that the loss has affected you too. But in situations where she needs you to be strong, then you man up and face the world while she heals.

Express your emotions in a mature and healthy way. Being the rock doesn’t mean being stoic and suppressing your emotions. Keeping your feelings bottled up might seem to make you more of “the rock,” but instead of adding stability to a relationship, it will create subtle cracks that will eventually open into real rifts.

A woman has many fears about having a relationship with a man. Will he be abusive? Will he be faithful? Will he provide for the family? Will he regress into a boy-man who spurns responsibility? Instead of placating these fears, keeping your feelings from your wife or girlfriend will only exacerbate them. So being the rock really means expressing your emotions and concerns in a healthy and mature way. Doing so will actually solidfy and strengthen your relationship.

This is especially important to remember when you and your partner are dealing with problems in the relationship. At such times it’s tempting to shut down and engage in  stonewalling (not the right kind of rock to be). But an argument is the most vulnerable time in a relationship, and therefore it’s the best time to show her that she has nothing to fear from you. You can take whatever she throws out you without losing control or threatening to leave her. You can let her know your feelings like a man, not a boy.

Take care of business. Being the rock is not just something we should do when a woman is venting to us; you should be working to solidfy your partner’s confidence in you each and every day. I often find it much easier to rise to the occasion when a big crisis hits than when following through on the mundane, everyday tasks that my wife expects of me. But a woman wants to know she can count on you in the big things and the small things. It’s by doing the small things that she knows she can trust you when the big things come around.

Taking care of business means doing all the things that help inspire confidence in your partner. Being ambitious at work, keeping a budget, staying on top of appointments and “honey-do’s,” staying physically healthy, and so on. It means being absolutely reliable; if you say you will do it, you do it. You can always be counted on to follow-through.

“In ancient societies men were the watchmen to protect their families from being eaten, taken by competing tribes, and other dangers. They provided a realm of safety where their family could let down their guard knowing that the man would not let his down and they would be safe. Being the rock means being the protector, the watchman, the provider. Today our loved ones rely on us to provide a safe realm where they can allow themselves to let their guard down emotionally and physically. They know they can break down emotionally and we’ll still be there standing strong. They know we will get up in the middle of the night with a baseball bat and check that noise they heard downstairs. They know that you will not belittle them like their peers at school, work, church, etc. Being the rock means providing a place where they can find love, understanding, emotional safety, physical safety, and acceptance. Be the man. Be the rock.”