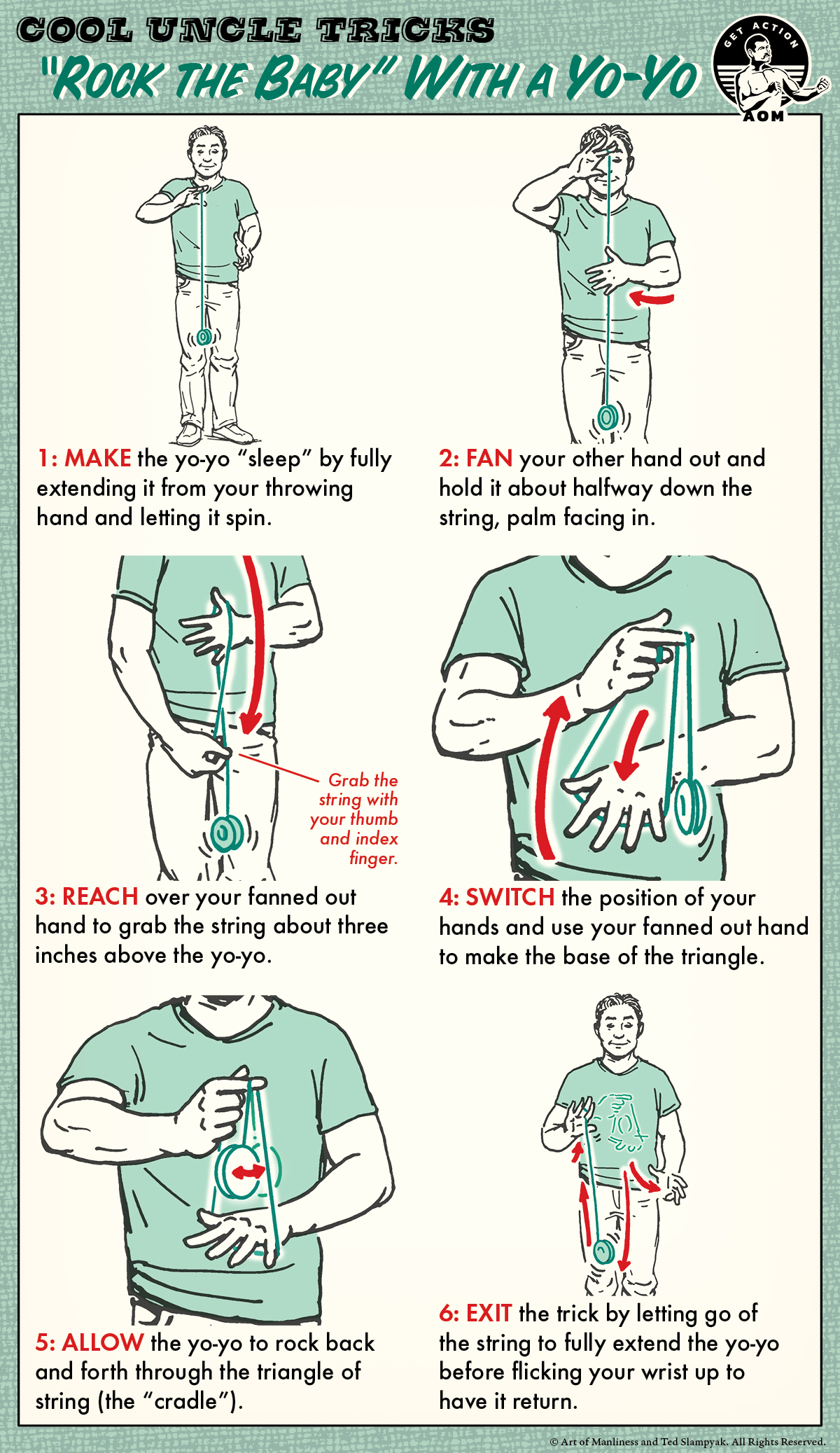 Almost everyone has owned a yo-yo at some point in their life. It’s up there in the toy hall of fame with other classics like the hula hoop, pogo stick, and frisbee. Evidence of yo-yos goes back as far as the Greeks, when kids were given terracotta versions to keep them occupied while their parents ironed out the details of democracy.

On Christmas Day, you can occupy your nieces and nephews while ironing out the details of who gets the last slice of chocolate cream pie by teaching them how to do some tricks with the yo-yo’s they may have just received in their stockings.

“Rock the baby” is a classic to impart, though the trick requires learning a few basic fundamentals first. Specifically, you need to learn how to make your yo-yo “sleep.” Normally, you throw the yo-yo down and then flick your wrist up to get it to return. Making it sleep simply omits that return flick of the wrist. If you throw the yo-yo down hard and don’t flick up, it should spin at the end of the string until it eventually loses momentum and stops.

Getting the yo-yo to sleep is essential, because it allows you to manipulate the string around the spinning yo-yo. Fortunately, though, you don’t need to perfect that part before practicing rocking the baby. As a bonus, sleepers are useful for a variety of other yo-yo tricks, such as “walking the dog.”