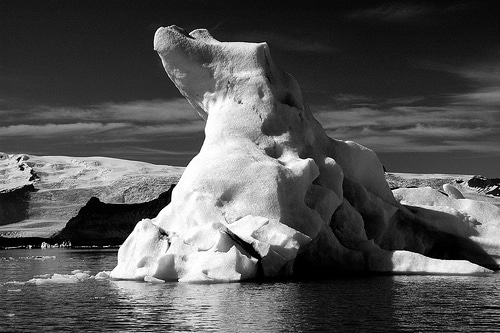 Have you ever reacted to something with an intensity of emotion that didn’t seem to match the circumstances of the event? The logical part of your mind is telling you that’s it’s not that big of deal, but you still feel really angry/hurt/depressed/anxious, and you can’t seem to turn off the emotion.

These kind of “overreactions” can leave us feeling pretty frustrated. They hurt our relationships and keep us from making progress in our lives. Not only do they lead us to dwell on things longer than we should, but we end up making poor decisions in this emotional state. These kinds of incongruous reactions keep us from responding resiliently to our problems.

So what causes these mismatched reactions? A collision with an iceberg, an iceberg belief to be precise. Water is pouring in your hull, but atop the deck you don’t really understand what has happened. All you know is that you’re sinking-fast.

What Is an Iceberg Belief?

According to the authors of The Resilience Factor, this experience of a mismatched stimulus/reaction is “a sign you are being affected by an underlying belief-a deeply held belief about how the world ought to operate and how you feel you ought to operate within that world. …These deeper motivations and values often drive us and determine how we respond to adversity…these underlying beliefs-or icebergs, as we call them- are usually outside our awareness, deep beneath the surface of our consciousness.”

So iceberg beliefs are fixed and frozen ideas about the world that we hold deep within us. Drs. Reivich and Shatte offer these examples of iceberg beliefs:

“I should succeed at everything I put my mind to.”
“People must respect me at all times.”
“Women should be kind and supportive.”
“A man doesn’t let his emotions show.”
“Failure is a sign of weakness.”
“I must never give up.”
“Only weak people can’t solve their own problems.”

Here are some others I thought of:

“I never want to end up like my father.”
“The most important thing is to be well-liked.”
“Men are always competent in whatever they do.”
“A man never quits what he starts.”

Let’s explore how these icebergs can affect you in real life by looking at some hypothetical scenarios:

Dan’s iceberg belief is, “People must respect me at all times.” As he’s driving to work, someone cuts him off. He spends the rest of the commute riding the guy’s ass, cursing, and flashing his high beams.

Jeff’s iceberg belief is “Manliness can be judged by how good you are with the ladies.” He approaches an attractive woman, and she totally blows him off. James feels deeply hurt and spends the rest of the week replaying the moment and feeling angry and depressed.

Joe’s iceberg belief is that “A man never quits what he starts.” His son Jeremy comes to him one night and tells him that he’s quitting the hockey team because he doesn’t enjoy it anymore. Joe becomes enraged at his son, telling him he’s a loser for giving up, and he’ll never amount to anything in life.

Where Do Icebergs Come From?

Icebergs in Your Relationships

Icebergs can shipwreck our relationships. This is particularly true because we often have iceberg beliefs about gender roles, even ones we’re not conscious of. Have you have been beaten by a woman you were competing with in a game? Maybe you felt extra crappy about it, crappier than you’d feel if you had been beaten by a dude. You know it’s stupid to feel that way, but that emotional reaction is caused by an iceberg belief about how these encounters should go down.

We all have iceberg beliefs about how a man and how a woman should act, and when these beliefs are violated, we can have a very strong visceral reaction, and we can’t quite understand the intensity of our emotions.

Let’s say you just worked on a handyman project around the house. Or maybe you’re in charge of the finances in your relationship. And you do something wrong, even a little thing. Your wife sees the mistake, tries to pretend like it’s fine, but disappointment is written all over her face. You might feel really angry or defensive or really sulky and humiliated. It shouldn’t have been a big deal, but your iceberg belief was that men always know what they’re doing, and so you feel way crappier than you should. And you probably take it out on your wife, becoming uber defensive and angry.

Note-this kind of thing can work both ways. The woman in your life may become really upset when you don’t live up to one of her icebergs beliefs. A lot of women have icebergs beliefs about men being strong and competent with everything. When you fail at something or otherwise come off as weak to them, it can create quite a visceral reaction in them. For example, my wife thinks that the man should take care of haggling deals and be awesome at it. Unfortunately, I’m not. And when I fail to get us a bargain, she gets really angry with me.

The Problems Icebergs Can Cause

There are 4 problems that the Drs. Reivich and Shatte believe can be caused by iceberg beliefs:

The first 3 points are pretty self-explanatory, but let’s take look at number 4. We can experience contradictory iceberg beliefs that confuse us and make decision-making difficult. You might have two iceberg beliefs: “A man should always follow his passion in life.” and “A man takes care of his family.” You’re called into your boss’ office and offered a promotion. You know you’ll hate the job but it will be a lot more money to support your family. The colliding of these icebergs can make you feel paralyzed and anxious.

It’s important to note that icebergs are not by necessity bad or good-they can be either, or both. “Integrity is the most important thing in life” is obviously a positive iceberg. “I will never quit at anything,” has some definite positives for your life, but can be taken too far if you’re not careful. “People cannot be trusted” is a mostly negative belief. So you have to do a cost/benefit analysis of which icebergs you want to keep and make work for you and which you want to work on melting away.

Why It’s Hard to Melt Your Icebergs

You may say, well, this is good to know, I’ll just snap out of my negative icebergs and melt them away. But it’s not so easy, as we are all susceptible to a confirmation bias or what RF calls the Velcro/Teflon Effect. As you go about your life, you tend to filter out and ignore whatever doesn’t support your iceberg beliefs while honing in on everything that does.

So Gary believes, “All women are untrustworthy and manipulative.” At the start of his relationship with Sarah, she tells him that she isn’t looking to date anyone seriously. After a few weeks Gary tells Sarah that he wants to become more serious, and she tells him that they shouldn’t see each other anymore because that’s not what she’s looking for. Gary will seize on this snub, while ignoring what Sarah told him at the beginning of their relationship, and will declare that women are all a bunch of liars and Sarah just wanted him to take her out and pay for her meals. He may even seek out women who are untrustworthy and manipulative, to unconsciously confirm his bias. The mind can be a tricky thing.

Spotting Your Icebergs to Build Your Resilience 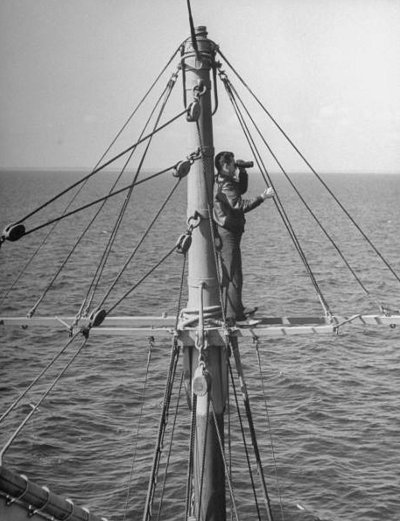 So it’s hard to simply shut off your iceberg beliefs. But it’s possible to stop yourself from colliding with them by spotting them before impact. By standing in your crow’s nest and being vigilant, you can steer a smoother course for yourself. The more you become aware of your icebergs, the more you can understand why you react the way you do, and the more power you will have to react to things appropriately and resiliently.

To start spotting your icebergs, think back to the last time you felt your reaction wasn’t commensurate with the event that elicited it. Then start asking yourself some questions to get to the heart of why you felt the way you did. It helps to do this exercise in a journal or with some you deeply trust.

The Resilience Factor recommends asking the following “what” questions (why questions tend tn make you defensive) to figure out the iceberg you hit:

Use whichever questions make sense, in any order that makes sense.

Let’s say Jason’s wife Amanda says to him one night, “You know you seem to be drinking a lot after work lately. Maybe you should cut back some.” Jason blows up at her, yelling about how she’s a controlling bitch and it’s none of her damn business how much he drinks. James is taken aback by his reaction and works through what happened like this:

Question: So Amanda suggested you cut down on your drinking some, what’s so bad about that?
Jason: I’m a grown man and I know how much alcohol I can handle. I don’t need her watching over what I’m doing.
Question: What’s so upseting about her watching over what you’re doing?
Jason: I feel like it means she doesn’t trust me and doesn’t think I have it under control.
Question: What’s so bad about her not thinking that you’re in control?
Jason: I felt like she was insinuating that I’m turning into an alcoholic.
Question: Why is that so upsetting to you?
Jason: Because my dad was an alcoholic bastard and I’m not like that. I’m not like him.


So Jason realized that his wife’s comment had made him defensive because it touched on his fear of and commitment to, never turning out like his dad.

When you do this exercise, you’ll first come up with more visceral reasons for why you’re feeling the way you are. You have to keep digging to get to the heart of the matter and spot your iceberg.

So quit rearranging deck chairs on the Titanic, and start steering a course to more resiliency.