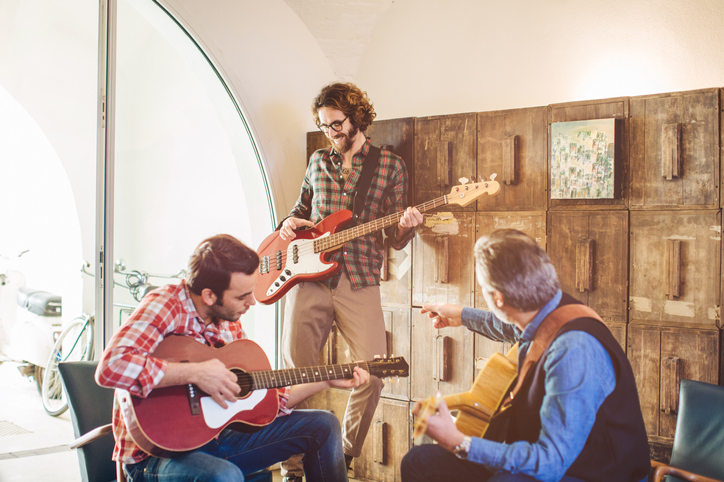 This month, we ran a series of articles on the research of psychologist Daniel J. Levinson, which found that there are phases of development all throughout adulthood, just as there are in childhood and adolescence.

One of the interesting sort of asides to this finding, was Levinson’s explanation of the range in which someone does and doesn’t feel like they’re an “age peer”:

These age categories are, I believe, widely experienced during adulthood: others persons are roughly the same age as myself (age peers or coevals) if they are not more than 6 to 7 years older or younger. ‘My generation’ thus covers a span of some 12-15 years. Where the age difference is somewhat greater, say 8 to 15 years in either direction, we tend to regard it as marking a half generation; the older one is in the position of an elder sibling, with an implicit claim to greater authority in the relationship. As the age difference increases to 20 and beyond, we are a full generation apart, and the older one seems to be more a parent than a sibling. When the age difference is 40 years, there is a distance of two generations, and the older one assumes the symbolic properties of a grandparent.

So to an individual who’s, say, 25, someone who’s 35 can feel like a relatively equal friend, but he’ll also embody something of an older brother dynamic (not necessarily in terms of feeling familial, but in seeming more established, more authoritative, more mentor-like). And the 35-year-old probably likes being seen that way — not as an old, stodgier grown-up, but as a still younger man who is practically in the same generation as his twentysomething associate.

To our hypothetical 25-year-old, a 45-year-old is a full generation removed in years, and doesn’t seem like a peer in terms of being either a friend or sibling, but is instead perceived more as a parental figure. To a man entering his forties, and undergoing the “Mid-life Transition,” the realization that he is no longer the cool, older brother type to twentysomethings may take some time to absorb and be a bit disconcerting at first.

Of course, you can lay this rubric across different points on the age timeline. As another example, an 18-year-old will perceive a 28-year-old as an older sibling type, and see a 33-year-old, despite their relative youth, as more of a parent type; think of some of the teachers you had in school — they probably seemed pretty “old” to you then, but, looking back, were actually only in their thirties.

Another factor in play in one’s perception of someone else’s “peer-ness,” is whether they’re in the same “era” of life as you. As you’ll remember, Levinson breaks adulthood into four eras:

There are likely exceptions to these rules, cases where personality (e.g., a younger person who is very mature for their age may feel nearly co-equal with a significantly older friend) and/or life circumstances (e.g., people who are childless, or have children the same age, may feel closer in age than their actual age gap would suggest), skews things some. But the general rubric described above holds pretty true, and can help you understand how you see and relate to others, how they see and relate to you, and how these dynamics change over time as you advance in the life cycle.