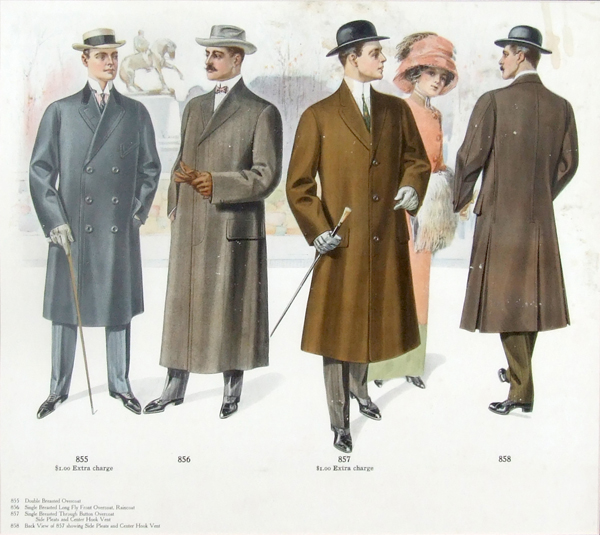 Every man is unique, and every man has his own individual style. I say this to every one of my clients because it’s very important to understand this simple concept. We live in a world where we are constantly bombarded with marketing messages trying to tell us who we should want to be, how buying this will make us cool, how sporting this brand will improve our looks. My goal here to give you a foundation from which to make your own personal style decisions. This article seeks to create a hunger within you to discover your individual style.

The Whimsical Winds of Fashion

Many men are confused by fashion trends, and for good reason.Unlike baseball or engineering, there seems to be no logic or set of ground rules as to how it operates.What’s fashionable today may not be “in” next week, and what looks good on that tall tan athletic male model doesn’t seem to compliment you or most the men you know.

My advice: do not chase the whimsical winds of fashion.Doing this is like trying to catch a shadow; the faster you move, the faster it evades you.Instead seek to understand what styles, colors, patterns, and fit best compliment you. Armed with this information, you will save yourself time and money by immediately eliminating 90% of the clothing out there and focusing on the 10% that highlights your strengths. You will ensure that the contents in your wardrobe are timeless, and that your appearance is the best it can be.

A man’s personal style should be influenced by three things:1) his physical characteristics, 2) the environment in which he finds himself, and 3) his personal preferences.I will address each of these separately.

1. The Foundation of your Personal Style – Your Physical Characteristics 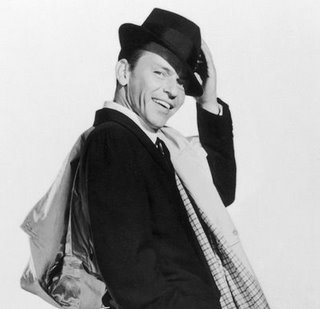 Men come in all shapes and colors; some are light skinned, short, and thin as a rail while others are dark, tall, and heavy set.And just as every combination of physical attributes yields a unique appearance, every physical combination has a set of style combinations that best enhances it.Aesthetically speaking, there are certain colors, patterns, and clothing silhouette combinations that best compliment each and every one of us.Let me give you an example.

Tom is 6’4” and weighs 200 pounds.Of Northern European decent, he has both light colored skin and hair.Tom faces a number of challenges; he doesn’t want his clothing to make him look lanky, and he would prefer that his clothing’s colors enhance his complexion rather than overpower it.

Consequently, Tom wears clothing that downplays his height and gives him a bit more weight – he loves cuffs on his trousers along with a ticket pocket on his jackets.On single breasted jackets he has his lapel’s notch slightly lowered (to de-emphasize his height). Yet his favorite jackets are his double breasted ones whose extra buttons and details give him a bit more girth.As for the choice of fabric, Tom prefers heavier weaves that add weight to his thin frame.He chooses patterns such as checks, whose horizontal lines cut him down to size, and coordinates his colors so that there are no stark contrasts.Contrasts between dark and light colors draw attention to themselves, and Tom smartly keeps these distractions to a minimum.

Mike is physically the opposite of Tom.At 5′ 4” and weighing 200 pounds, he is of North African decent and has both dark colored skin and hair.Although Mike’s dressing obstacles appear to be very different from Tom’s, his goal is the same; he wants to look proportional and downplay certain physical features.

In order to minimize his girth, Mike chooses clothing that gives him the appearance of increased height.His wardrobe is full of 2-button jackets that fit him comfortably and are without vents.He doesn’t try to force a tapered waist, but instead allows an eloquent loose drape to mask his heavy middle.Mike has rediscovered suspenders and wears his pants at his natural waist (think right below the belly button); in addition to making him look taller by lengthening the appearance of his legs, he also finds they are more comfortable.When it comes to fabric selection, Mike seeks out contrast as it accentuates his dark complexion.He utilizes the elongating effect of stripes, and owns two black suits because of that color’s ability to slim down the wearer. 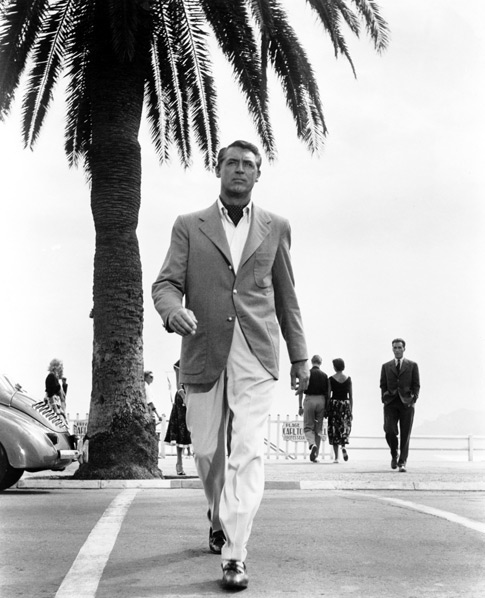 The second factor in determining your personal style is your environment. A banker in Orlando, Florida is going to have very different needs than a teacher in Chicago, Illinois.Both men want to look professional, but each has different environmental and professional factors that affect their choices.Using our same gentlemen, let’s further illustrate this point with two examples.

Tom teaches high school in a large midwestern city with mild summers and freezing winters.His job doesn’t call for suits, but does require him to look professional.Paying attention to his environment, he wears sports jackets paired with jeans, along with check shirts.In the winter he layers up with heavy tweeds, sweaters, and a classic wool overcoat.He occasionally wears a suit if he has a meeting but never dons a tie as he doesn’t want to appear stuffy.

Mike, on the other hand, works at a bank in one of the hottest and most humid cities in the US.His job requires a suit and tie everyday.In order to stay comfortable, most of Mike’s clothing is made from cotton, whose properties allow it to pass heat and moisture away from the body efficiently, and lightweight tropical wools.Even though the mood of the bank is distinctly conservative, he does flash a bit of color in the stripes he chooses for his clothing and in his choice of ties.

Each man has made choices based off of his environment.If they were to switch places, both would have to alter their wardrobes.But in their respective locations, both Tom and Mike have made solid clothing decisions.

Listen to our podcast on easy ways to upgrade your style:

3.Your Wants and Desires – Completing your Individual Style 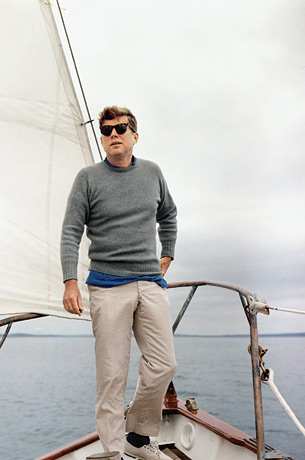 Finally, the most important factors in determining your personal style are your wants and desires. How do you want to appear to others? Creative, intelligent, a team player, authoritative – all of these are possible. Although at this point we have narrowed down the range of clothing at your disposal, we have by no means stifled your choices. No, there is still an endless array of accessories, colors, patterns, and details that will take the menswear that best compliments you and make it yours. Once again, let us use Tom and Mike as examples.

Tom considers himself an outgoing and creative person; although he teaches mathematics, he isn’t in the least bit formulaic. To liven up his appearance and help it reflect who he his, Tom always throws a pocket square into his jackets, uses knot cufflinks in his shirt cuffs, and wears dressy but slightly offbeat shoes (think burgundy oxfords). Three small things, perhaps not employed simultaneously, but whose effect on the overall ensemble is to make it unmistakably unique.

Mike manages the staff at his bank and likes to subtly signal to patrons who’s running the show. Wearing a conservatively patterned red tie with point collars to elongate his face, Mike never takes off his jacket as its short cut, smooth appearance, and lack of horizontal detail creates the illusion of height. As a retired Air Force man, he pays homage to his service by wearing light blue shirts with dark blue stripes and has a pair of cufflinks with the Air Force Seal. So despite wearing a suit daily, Mike never becomes one. 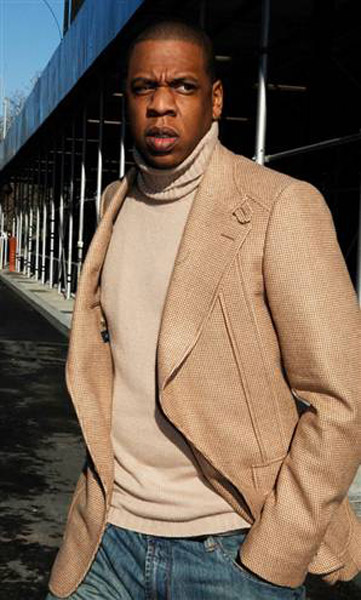 You can wear whatever you want, whenever you want, however you want; my intention here is lay out a thought process so that you can dress yourself in a professional manner no matter who you are and where you may find yourself.While not perfect, I have found it useful in helping hundreds of men look and feel better about their appearance.

Please note: I will devote an entire article to what styles, fabrics, colors, patterns, and fit compliment each body types and complexion. 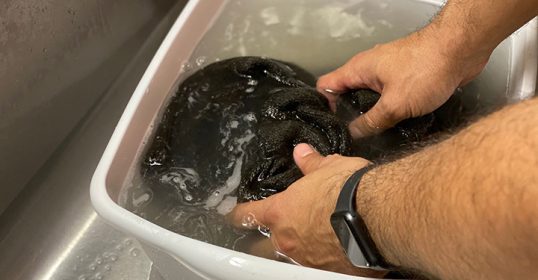