Frederick Douglass was born into slavery. Before him, many white men didn’t think it was possible for a black man to have any intellectual rigor; for a black man to be able to think for himself in an intelligent way. When Douglass was around 20, he escaped his shackles and began life anew as a free man. From that point on, he gave his full attentions to educating himself, which he believed was a necessary component of all individual achievements and the ability to create real change in the world. It was a truth he understood from his own personal, hard-fought struggle: up from slavery, he rose to become one the foremost leaders in America in the abolitionist and women’s rights movements, as well as one of the most celebrated orators and writers of his era.

None of that would have been possible without his personal library.

Douglass was taught to read around the age of 12 by Sophia Auld, the wife of one of his masters. Mrs. Auld did this in spite of a Maryland law that prohibited teaching reading skills to slaves. Mr. Hugh Auld strongly disapproved, believing that if a slave learned to read, he would become dissatisfied with his condition and would begin to desire freedom. Even a slave owner, or perhaps especially a slave owner, understood that knowledge equaled power and will. Eventually, Mrs. Auld gave in to her husband’s admonitions and resigned herself to the idea that slavery and education were incompatible. Her tutoring came to an abrupt end one day when she snatched away a newspaper Douglass was trying to read.

Undaunted, Douglass continued to hone his reading skills on his own, in secret. He read anything he could get his hands on — newspapers, political pamphlets, novels, textbooks. He even credits one particular collection, The Columbian Orator, with clarifying and defining his views on freedom and human rights.

Douglass wished to rise in the world, and he fervently believed the path of self-reliance was the only way up. It was not luck or circumstances that determined man’s success, he argued, but how hard and how consistently he worked. Nothing valuable could ever be gotten for nothing or from waiting around for others to make things happen for you. “The man who will get up will be helped up; and the man who will not get up will be allowed to stay down,” he preached. He understood that no one else could shovel knowledge into his brain; it was up to him to pry it out of as many books as he could. Whatever knowledge he secured to himself, could never be taken away by another. 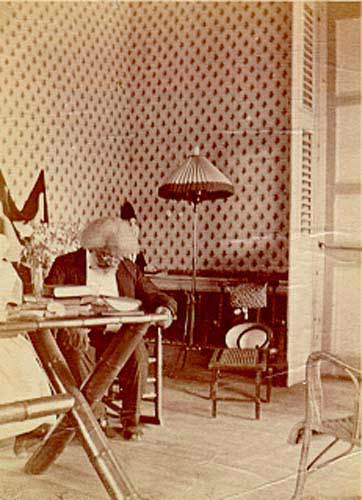 His ability to read a text, to synthesize that information, and then let it change his thoughts and compel him to action directly led to his fight against slavery, both as an individual man seeking his own freedom, and later as a statesman, fighting for the rights of his fellow man. A single man’s desire to read and attain knowledge changed the landscape of America forever.

Throughout his life, Douglass’s library would grow, and it now serves as a great insight into his thoughts and beliefs. In reading through the list, you get an idea of how incredibly wide-read Douglass was. We see everything from classic Christian pieces, to abolitionist texts, to popular novels of the time, to history and science textbooks, and even seemingly random works on subjects like the dental arts and knitting(!).

If you don’t recognize the name of an author you see below, I encourage you to do some Googling (like I did!) in order to find out more about these works that are contained to this day in Douglass’s library. This list is a fascinating trove of knowledge that played a crucial part in the history of this nation.

You can view his library by visiting Cedar Hill in Washington, D.C., which was Douglass’s home for the final 20 years of his life, and was turned over to the National Park Service in 1962. This list below features about 85 books of the thousands listed in his library’s register.

Before you dig in, I’ll leave you with a quote from Douglass’s incredibly inspiring “Self-Made Men” speech, that attests to the value he put in reading. To read, and simply forget, is to have never read at all. Let the reading you do change you for the better, and let it compel you to action to make the world a better place. If you do so, you’ll make ol’ Douglass proud.

“We have all met a class of men, very remarkable for their activity, and who yet make but little headway in life; men who, in their noisy and impulsive pursuit of knowledge, never get beyond the outer bark of an idea, from a lack of patience and perseverance to dig to the core; men who begin everything and complete nothing; who see, but do not perceive; who read, but forget what they read, and are as if they had not read; who travel but go nowhere in particular, and have nothing of value to impart when they return.”

A Selection of Books from Frederick Douglass’s Personal Library 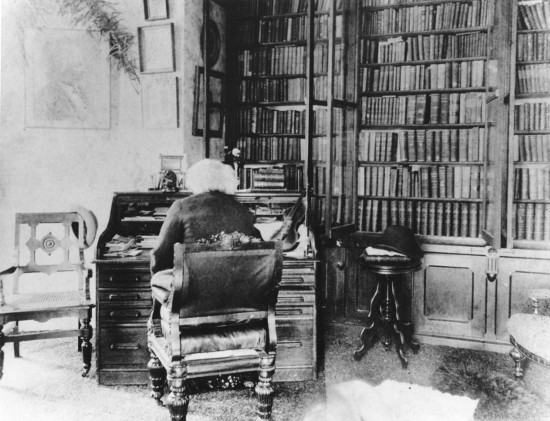 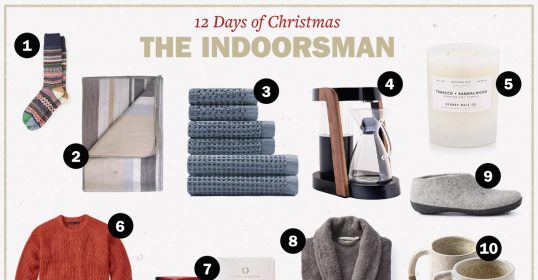