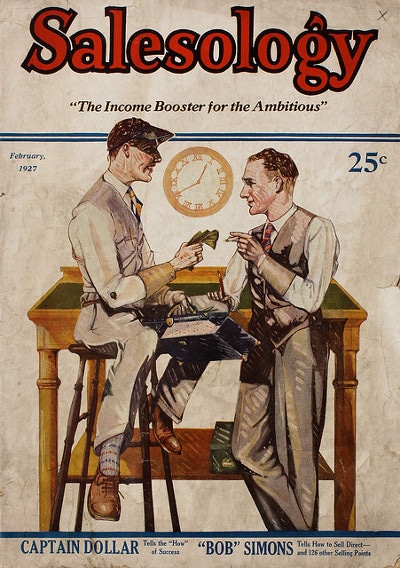 Editor’s note: This is Part 2 of a 2 part series by Tyler Tervooren of Advanced Riskology.

If a man with limited time, money, and energy decides to start his own micro-business—his own side hustle—he has to be smart about it.

First, he has to find creative ways around all of the barriers that stand in front of him—real or imagined. If you read Part I of this series last week, then you’ve gotten a good jump on this already.

The next task of course, is to take action! And to do that intelligently requires getting started with the right side hustle (read: a profitable one), and finding the low-hanging fruit that you can pick immediately.

This is critical for getting started with an already busy life.

Picking the Right Side Hustle Idea

This section is titled “picking the right idea” because that’s what everyone is looking to do—pick the idea that’s most likely to succeed. Really, though, the idea itself doesn’t much matter, and what’s far more critical is picking the right customer.

Any business can make it if you make an effort to serve the right people, but this is more difficult to think about than just picking an idea, so it gets less attention. Of course, this is detrimental because, at the end of the day, your micro-business doesn’t survive by being interesting or cutting edge or unique. It survives by being useful.

Picking a customer is harder than picking an idea because an idea is something you can concretely understand in your own head and requires no input from anyone else to feel good about it. If you like your idea, you’re going to be happy. That is, until you get started and realize no one else likes it.

Instead, start with the customer. This is harder because the first thing you have to do is identify a problem that people are having and understand the problem well enough to propose a solution. And it can’t just be a solution that you think is great. Other people have to think so, too.

Damn! Wouldn’t running a side hustle be so much easier if you could just sell things to yourself?

Yet, I’ve never met anyone who regrets building their business around a customer instead of an idea.

And this needn’t be a stressful or overly complicated process. Finding a good customer for your micro-business only requires three steps. Let’s take a look at them.

1. Who is the customer, and what’s their problem?

The more specific you can get when answering this question, the more successful you’ll probably be.

Don’t be fooled by the assumption that if your business solves a common problem for everyone that it will be successful. What’s far more likely is that it will be too general and end up being ignored by everyone.

Instead, really focus in. Think of problems in your own daily life that you’ve solved for yourself. You can use yourself as a case study if you can find others that have a similar problem.

The more specific the better. Why? Because when you create a specific image of your customer in your mind, it makes it easier to answer the next two questions that are critical for the success of your micro-business:

2. Is my customer able to pay?

Looking at the profile you just built of your customer…is this the type of person that actually has the money to pay you for your solution? The more specific you get, the easier it is to answer this question, and the answer absolutely, positively must be yes. If it isn’t, go back to step one and start over.

3. Is my customer willing to pay?

This is the second qualifier, and it’s just as important as the first. Your customers could be flush with cash and have no idea what to do with it, but if they don’t see the problem you think they have and they don’t value it—they don’t feel the pain caused by it—then it doesn’t matter how great your offer is. They aren’t paying for it.

Again, if the answer here isn’t yes (be brutally honest with yourself), go back to step #1. 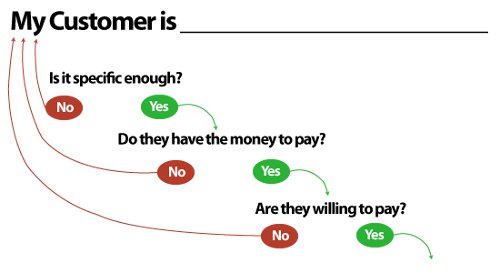 Sticking to the $100 budget

Last week I mentioned that almost any business in the world could be started for less than $100. I still believe this is true, but it takes a little explanation.

When starting a business, micro or otherwise, the temptation is great to spend as much money as you can on it. While those of us here in the U.S. have perfected the art of spending money before we have it, this is not a uniquely American problem.

When you have something you care about—like your fun new micro-business—you want to invest in it and show the world that you’re dedicated. You want to think ahead and expand before you have to so that you never run into problems.

Basically, don’t try to solve problems you don’t have yet!

This is where the majority of wasteful spending happens. You get the idea in your head that if you’re not careful, something is going to come up and bite you, so you spend ahead of time to make sure it doesn’t happen.

Then, it never happens, and you assume the money was well spent because, just like you thought, you solved the problem ahead of time! Well, what’s just as likely is that the problem was never going to be one to begin with and you just wasted precious cash that could have gone to more productive use.

This can be true down the road when you’ve already proven your business idea works. But right now, it’s the kiss of death!

If you can’t answer that, then you don’t need it yet (or ever)!

The funny thing is that when you adopt this philosophy, about 99% of the things that are bought and sold to “improve your business” become obvious wastes of money.

Now, to stick to your $100 launch budget, you have to adopt one more important belief:

If your business costs more than $100 to launch, it’s already too big.

For every action that you take towards launching your business, look at it through this lens:

When you look at every action like that, you force yourself to cut your idea down to the bare essentials of what it takes to get started, and you create actions that are small enough that you’ll actually do them.

This is important for any do-it-yourself entrepreneur, but it’s critical if you’re trying to launch a business project while working a day job and/or taking care of a family.

If you think you need a website, and it costs more than $100 to make it/takes longer than a day to build, then:

That sounds silly, but you really don’t need a website to get started. You need a customer! Just one of them!

And you don’t need a website to find one single customer. You need to talk to your friends, knock on your neighbors’ doors, ask around on Internet forums, and send a bunch of emails to people announcing your business.

Go to where your customers are (remember the customers you just identified?), and try to sell to them! Your going to have to do this whether or not you have a website, so you may as well start without one.

Do that a few times, get a few customers the hard way and then use the profits to build a website. Basically, focus your time and attention on selling more, and use profit to pay for things that aren’t directly related to selling.

The name of the game is “make it to spend it.” This is the opposite of what we’ve been conditioned to do, so it may take some getting used to!

The Final Word: A Testament to Your Side Hustle

You’re a busy guy. You have a job, a wife, kids, other commitments. You also want to start a business because, let’s be honest, who doesn’t dream about being their own boss at some point in time.

You might think these are limitations, but the truth is that they may actually be blessings in disguise.

Because you have so much else going on, you’re forced to focus your attention in a way that others may not be. And this focused attention is what will eventually lead to success—a side income from a micro-business you’re excited to work on each day.

You can do this—most people can if they just get started—and the determining factor will be how well you allow yourself to think big, but act small.

In a world of endless distractions, your success will be measured by how well you can create tasks for yourself that are:

These are the two critical elements to starting a micro-business as a workingman. Go forth and hustle. 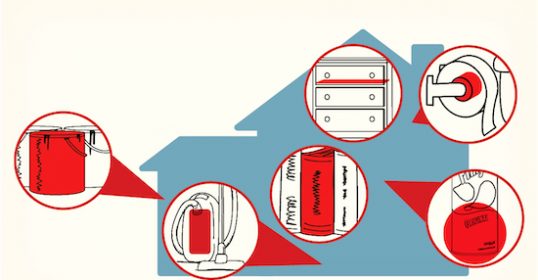 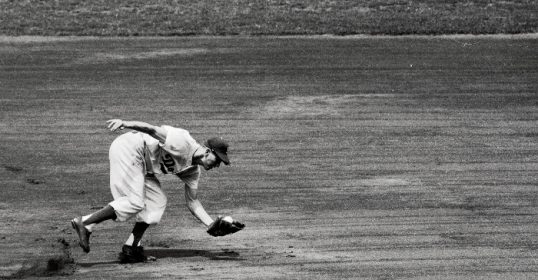 The 7 Habits: Be Proactive, Not Reactive