Welcome back to the Art of Manliness Podcast! In this episode we return to our series called “Man Stories” where every other week we interview a different gentleman and ask him what it means to be a man. This week our guest is Liam Strain from Chicago. Thanks Liam!

Brett McKay: Brett McKay here. Welcome back to another edition of The Art of Manliness podcast and today we are returning to our series called Man Stories where every other week we interview a different gentleman and ask him what it means to be a man. And this week our guest is Liam Strain. Liam, welcome to the show.

Liam Strain: Thanks Brett. Good to be here.

Brett McKay: Well, Liam before we just started with the questions, can you take a few moments to introduce yourself?

Liam Strain: Sure. I’m a graphic designer and photographer. I’ve been living and working in Chicago for the past 10 years or so at the ripe old age of 34. I grew up in Indianapolis, the son of a lawyer and a school teacher. I don’t know I grew up singing in church choirs and going to modern dance recitals and museums and driving up to museums in Chicago on a regular basis and just having sort of a very standard middle class, well, I think it’s middle class upbringing, but maybe other people have a different notion and that’s about that.

Brett McKay: Well, are you ready to start with the questions?

Brett McKay: All right Liam, so when do you feel like you first became a man?

Liam Strain: I think the first time I sort of felt that I actually had was when I moved away from Indianapolis and moved to Chicago. Those would have been when I was probably 23 or 24. I know I’m finally out from underneath the shadow that my father casts, which was significant and when I first sort of realized that it was not only possible for me to really support myself but to do it on my own terms, to do like practicing things that I love, photography and design instead of just getting on retail job or following in my dad’s footsteps.

Brett McKay: So yeah, guess, moving away then separating from the family is what did it.

Liam Strain: Separating from the family and proving that I could do it, I could survive and survive the way I wanted to.

Brett McKay: And Liam, what does manliness mean to you?

Liam Strain: It’s a lot of things. Part of it is independence, which I first thought when I really did move away. Comfort in my own skin sort of not worrying about what other people thought about me so much and just doing what I wanted to do for my own reasons. The ability to provide for myself and for my family or growing family, I recently married so.

Liam Strain: Thank you. The courage to make hard decisions, which has been a hard one to come by it was a bit of awful for a long time, and then to stand on my own convictions of what’s right and what I think is true and to be able to back that up in the face of challenge.

Brett McKay: And Liam, what man in your life, they can be living, dead or even fictional characters have influenced your views of manliness?

Liam Strain: Certainly my father, and it’s impossible not to– has been a factor largely. We do an awful lot. I like the character, how I grew up and then created he was sort of an autodidactic architect who really just didn’t give a goddamn about the rest of the world, which was refreshing. Pablo Picasso and Neruda both artists who showed me that you could combine passion and art and really these are amazing, amazing characters. Thomas Jefferson of course just for being so brilliant and so well-rounded and so principled in everything that he did or most of everything that he did. There’s a couple of things notwithstanding and Thomas Edison for his cleverness and hard work and so his ability to get done what he wanted to get done.

Brett McKay: Liam, you mentioned a little bit earlier about the long shadow of your father. How did you father exactly influence your conception of manliness?

Liam Strain: Well in a lot of ways. He is a very intelligent man and so from the start I mean everything you really had to be able to speak your mind intelligently to be able to back up your points with evidence. Otherwise, he was an attorney and he would find every nook and cranny that take it apart. But he also showed me really the importance of family, he really cared very much for us and while he was strict in his discipline he also rewarded hard work and requested of us only integrity and he supported us really phenomenally well.

Brett McKay: And what was it like deciding to not to go the path of the attorneys. I know and I understand the whole dynamic where there are generations of lawyers in a family and when one decides I’m not going to do that there can arise some hard feelings between each other. Did that happen between you and your dad or was he pretty understanding of what you want to do with your life?

Liam Strain: I think actually he was more understanding than I was. He and my mom both were happy to support anything any of the kids really decided was what they wanted to do, but they wanted to make sure that we also understood the ramifications of those decisions. So, I think if there was any disappointment and if he had, he hid extremely well. Maybe my sister might be taking up that mantle anyways so maybe he feels okay about that.

Brett McKay: There you go. And one thing we talked about on the site a little bit, Liam, is that you know a lot of men are aged in their 20s, 30s, don’t have some of the same skills that our dads or grandfathers have. Is there something your dad can do that you can’t do but you wish you could?

Liam Strain: I was thinking about this and I’m not sure that there actually is. He certainly does as many things better than I can do. He did woodworking in the basement when I was growing up and while I could put together a chair or a table, he was making a harpsichord and it’s a whole different level of detail and ability. In general, the man can rock a bowtie that’s about the only I can do.

Brett McKay: Have you tried it before?

Liam Strain: I have, I can tie a bowtie but I cannot wear one.

Brett McKay: Don’t have the panache to do it?

Liam Strain: Don’t have the something to do it. So, but you know I was yeah that was a tough one because I was like we would go camping and I would like the fire. It was, you know, I would, you know, so.

Brett McKay: So Liam, last question. What’s the hardest you ever done as a man either emotionally, physically or intellectually or whatever?

Liam Strain: This one was probably emotionally hard was when I was in Chicago first, I had been dating a girl for almost six or seven years and she was somewhat manic depressed so the hardest thing I had to do was actually calling an ambulance when she had told me that she had swollen pills and was committing suicide and then actually having to break off that relationship when it was clear it was just self-destructive for both of us. That was really very difficult. But that’s also years on the past that I have since met a wonderful woman and we were married. It would have been very easy for me to let’s take just sort of knowing now that she hadn’t actually swallowed the pills, to have sort of given into her emotional need to feel wanted then instead of getting her the help that she needed. That was difficult.

Brett McKay: And have you taken any lessons from that experience?

Liam Strain: Yeah, I’m not sure that I did other than the ability to call a bluff.

Brett McKay: That’s a useful skill to have in life.

Liam Strain: So, am I told but I still can’t play poker very well.

Brett McKay: Well, Liam, thank you for your time. It’s been a pleasure speaking to you.

Liam Strain: Pleasure speaking with you Brett. Thank you. 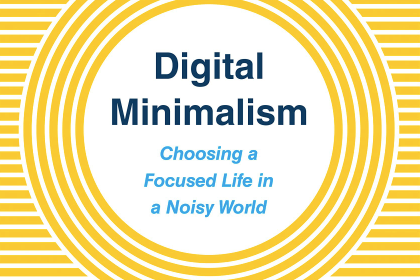