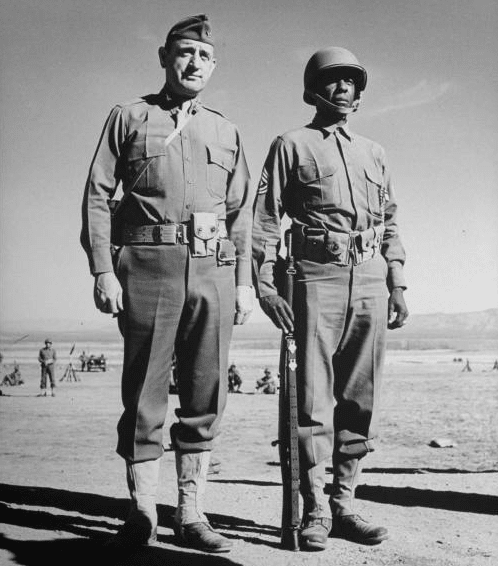 It’s a new year, a time for both gazing into the future and reflecting on the past. As you look back on the last year, how do you feel about the way it went? Do you have the sinking feeling that you are in the same place mentally/professionally/romantically/spiritually that you were 12 months ago? That the only thing that’s changed is the date on the calendar?

There are always a lot of tips given out this time of year about how to make and keep resolutions and make the next year better than the last.

But I have only one “secret” to impart: discipline. It is the key to unlocking your potential and finally moving forward with your life.

The reason you still haven’t finished that book you started last January but have spent several hours surfing the internet every day? A lack of discipline. The reason that you want to propose to your girlfriend or have kids but keep holding back? You’re afraid you don’t have the discipline to be successful at those endeavors. The reason you’re still just as fat as last time you ate that cream puff before making a new resolution? A lack of discipline. The reason you haven’t made any progress on starting that side business, and your house is a dump, and you feel like your life is slipping away? No discipline!

Discipline is essentially the ability to put off what we want in the moment for what we want in the long run. By now, almost everyone is familiar with the famous marshmallow experiment run by Dr. Walter Mischel. Four year old children were each given one marshmallow. They could either eat the marshmallow immediately, or, if they waited 15 minutes for the lab assistant to return, receive another marshmallow, thus doubling their prize. The kids who were able to wait generally went on to become successful and well adjusted adults, while the kids who gobbled the first marshmallow had more trouble dealing with stress, frustration, and impulse control.

We all probably imagine ourselves as the kid who would have waited for the second marshmallow. And maybe you would have. But even the most disciplined among us have areas in our lives where we’re failing. Areas where we’re just middling by and it’s absolutely eating at us, knowing how much potential we have and how we’re not utilizing it.

Everyone wants a secret or hack on how to be more disciplined. But there isn’t one. It is simply a matter of training your mind to do what you want it to do. Of saying a resounding “No!” to the things that waste your life and your time. You decide what you really want out of life and you go for it. That’s it.

But here are some thing to think over to help your frame of mind, for as Dr. Mischel says, “We can’t control the world, but we can control how we think about it.”

Stop thinking of your “flaw” as part of your identity. Part of why it’s hard to make changes in our lives, why we find ourselves unsuccessful in changing our habits, is that we rationalize our weaknesses as simply part of “who we are.” We assuage our guilt but adopting them as part of our identity, as part of our shtick.

We’re the jolly fat guy who makes self-deprecating jokes and amazes people with how many slices of pizza he can wolf down. We’re the funny drunk who always gets totally plastered and cracks everyone up with our antics. We’re a night owl, dammit! That’s how we roll, burning the midnight oil! We’re the player, not because we can’t keep a girlfriend but just because we crush a lot!

We do so much rationalizing that it can be downright painful to change; we feel like we’re losing a part of ourselves. Maybe our habits aren’t making us happy, but at least they give us the stability of an identity, the comfort of routine. What happens when the fat guy slims down and the drunk gets sober? Who are we then?

When it’s time to shape up your life, it’s crucial to replace your old identity with a new one; it’s the same concept that applies to changing your habits. Instead of being the jolly fat guy, become the super fit, former fat guy who loves being active. Instead of being a playah, become known as the guy women would love to date, a true gentleman.

Stop being haunted by the ghost of your mom. Whenever part of you wants to become more disciplined, another part of you cries out, “We don’t have to follow anybody’s rules! Nobody puts baby in the corner!” Your mind often identifies this voice as your inner-rebel, the part of you that feels an affinity for James Dean. This voice flatters your identity. You’re not lazy, you’re a rebel!

But the voice is really your eight your old self. And he’s crying out against mom’s rules.

Whenever a man first leaves home, he begins to test his boundaries; away from his parents’ prying eyes, he is enamored with his new found freedom. Many men, like myself, saw their grade point averages bottom out during freshman year of college for this very reason.

This is actually a healthy process (provided you don’t flunk out or get a girl pregnant or something). Part of growing up is exploring and breaking your old rules and finding out how you want to live your life. At first you want to eat the whole jar of cookies because you can! No one can stop you! But there has to come a point where you say, you know, eating the whole jar of cookies makes me sick; it makes me feel like crap. It’s the place where you stop doing stuff just because you can, and start living the way you know is actually best for you and will make you happiest. Mom’s not looking over your shoulder anymore. You are in control of your life, and you don’t have to prove anything to anyone but yourself.

Freedom is not the end all be all. The voice in our head that likes to derail our efforts at discipline loves to wave the grand flag of freedom in our faces. You can choose to do whatever you’d like-that’s the ultimate in freedom! You can sleep in until noon, and surf the internet instead of cleaning up, and stay out late instead of studying. Why would you want to reign yourself in with a schedule or goals?

What the freedom voice neglects to tell you is this: while everyone has the freedom to choose, you can’t choose the consequences of those choices. For every action there is an equal and opposite reaction. There’s no use fighting against the laws of the universe.

The only reward of unchecked freedom is freedom itself. So you spent the day doing what you want-surfing the net in your underwear-what do you have to show for it despite an extensive knowledge of how the next Batman flick is coming along? Without the feeling of personal progress and the satisfaction of real, hard-earned achievements, freedom alone feels completely empty.

Fix your core values first. Let’s say one of your core values is family. And let’s say you’re trying to lose weight while the relationship with your wife is crap. What do you think the odds are of your success? Pretty dang low.

Think of your life like a stack of cups. Your core values are the cups on the bottom, your foundation. What if one of the bottom cups is removed or is missing? The rest of the cups will fall. If you want to be successful in tackling other areas of your life, you’ve got to build on a rock solid bedrock of core values. It’s just like building a house. You can’t put in the jacuzzi before you’ve built the foundation.

Train your discipline like you train your body. Your self-discipline is just like the muscles in your body. When you first start working out, you’ll find that there’s a maximum weight you can bench press. You can try piling more weight on the bar, but it will just crush you. That’s your baseline strength.  As you regularly work out and incrementally add more weight, your baseline strength will increase and you’ll be able to lift more weight and do more reps.

Your self-discipline works in the exact same way. Right now you have a limited amount of self-discipline available to you. If you spend it on one thing, you have less to spend on other stuff. If you use your willpower in controlling your diet, you’ll find it harder to reign in your spending. But as you keep flexing your willpower in an area, your self-control will expand and you’ll have more strength to discipline the other areas of your life as well. So don’t take on too much at once. Pick an area of your life where you want to exercise more discipline and work on it until your self-discipline grows and you gain the self-control to take on more and more challenges.

In conjunction with this post, we published a manvotional: The Kingship of Self-Control. For further insight and inspiration on this topic, be sure to give it a read.