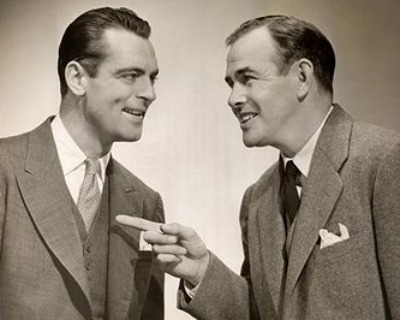 With our archives now 3,500+ articles deep, we’ve decided to republish a classic piece each Friday to help our newer readers discover some of the best, evergreen gems from the past. This article was originally published in May 2011.

Last month I met up with an old friend I hadn’t seen in forever to have lunch. Having both read and written about how to be an effective and charismatic conversationalist, I followed the old dictum of listening more than talking and asking the other person engaging questions about themselves. This is supposed to charm your conversation partner. I guess it worked because my friend talked about himself for an hour straight and didn’t ask me a single question.

When we’ve talked about the ins and outs of making good conversation before, someone inevitably asks, “But what if both people keep trading questions back and forth?” Well, that’s a pretty good problem to have, but I’ve yet to see it happen. Instead, most folks seem to struggle with asking any questions at all and have a very difficult time relinquishing the floor.

In a time where a lot of the old social supports people relied upon have disappeared, people have become starved for attention. They bring this hunger to their conversations, which they see as competitions in which the winner is able to keep the attention on themselves as much as possible. And this is turning the skill of conversation-making into a lost art.

In The Pursuit of Attention, sociologist Charles Derber shares the fascinating results of a study done on face-to-face interactions, in which researchers watched 1,500 conversations unfold and recorded how people traded and vied for attention. Dr. Derber discovered that despite good intentions, and often without being aware of it, most people struggle with what he has termed “conversational narcissism.”

Conversational narcissists always seek to turn the attention of others to themselves. Your first reaction to this statement is likely, “Oh, I don’t do that, but I know someone who does!” But not so fast. Conversational narcissism typically does not manifest itself in obviously boorish plays for attention; most people give at least some deference to social norms and etiquette. Instead, it takes much more subtle forms, and we’re all guilty of it from time to time. Everyone has felt that itch where we couldn’t wait for someone to stop talking so we could jump in; we pretended to be listening intently, but we were really focusing on what we were about to say once we found an opening.

The quality of any interaction depends on the tendencies of those involved to seek and share attention. Competition develops when people seek to focus attention mainly on themselves; cooperation occurs when the participants are willing and able to give it. —Dr. Charles Derber

A good conversation is an interesting thing; it can’t be a solely individual endeavor — it has to be a group effort. Each individual has to sacrifice a little for the benefit of the group as a whole and ultimately, to increase the pleasure each individual receives. It’s like a song where the rhythm is paramount, and each person in the group must contribute to keeping that rhythm going. One person who keeps on playing a sour note can throw the whole thing off.

That’s why it’s so important that conversations are cooperative instead of competitive. But many people (and Dr. Derber argues, Americans especially, because of our culture of individual initiative, self-interest, and self-reliance) make conversations into competitions. They want to see if they can get the edge on the other people in the group by turning the attention to themselves as much as possible. This is accomplished through the subtle tactics of conversational narcissism.

How Conversational Narcissism Manifests Itself

So let’s get down to the nuts and bolts. How does conversational narcissism rear its head and derail what could have been a great face-to-face interaction?

James: I’m thinking about buying a new car.
Rob: Oh yeah? What models have you looked at?

In the first example, Rob kept the attention on James with his support-response. In the second example, Rob attempts to turn the conversation to himself with a shift-response.

The shift-response if often very subtle. People put in a nice transition to disguise it by prefacing their response with something like, “That’s interesting,” “Really?” “I can see that,” right before they make a comment about themselves. “Oh yeah?” And then they’ll tie their response into the topic at hand, “I’m thinking about buying a new car too.”

Now it’s important to point out that a shift-response just opens up the opportunity for a person to grab the attention, but it doesn’t necessarily mean they’re going to. It’s a matter of intent. You might simply be looking to highlight what the other person has said and share a bit of your own experience before bringing the conversation back to the other person. That’s a healthy and natural part of the give and take of conversation. Let’s turn back to Rob and James:

So here Rob interjected about himself, but then he turned the conversation back to James. Conversational narcissists, on the other hand, keep interjecting themselves until the attention has shifted to them. Like this:

James: I’m thinking about buying a new car.
Rob: Oh yeah? I’m thinking about buying a new car too.
James: Really? Maybe we could go look around together.
Rob: Sure. I just test drove the Mustang yesterday and it was awesome.
James: That’s cool. I don’t think I want a sports car though.
Rob: Well, I want something with at least 300 horsepower and definitely leather seating. Did I ever tell you about the time my buddy let me take his Maserati out for a spin? Now that is an automobile.
James: Which one of your friends has a Maserati?

To summarize, it’s fine to share things about yourself, as long as you loop the conversation back to the person who initiated the topic. The best rule to follow is simply not to jump in too early with something about yourself; the earlier you interject, the more likely you are to be making a play to get the attention on yourself. Instead, let the person tell most of their story or problem first, and then share your own experience.

To understand how this works, let’s first look at the three forms support-responses can take — each one represents an ascending level of engagement and interest with the topic and speaker:

A conversational narcissist can kill someone’s story dead in its tracks by withholding these support-responses, especially by not asking any questions. Etiquette dictates that we don’t ramble on and share every detail of a story right off the bat. We say a bit, and then wait for further questions, so we know that the person we’re speaking with is interested in what we have to say. In the absence of such questions, the speaker will begin to doubt that what they’re saying is interesting. So they’ll stop speaking and turn the attention to the other person. A victory for the conversational narcissist.

Conversationalist narcissists will also show their disinterest in the speaker by delaying their background acknowledgments — those all important “Yeah’s” and “Hmmm’s.” Good conversationalists place their background acknowledgments in just the rights spots, in the small natural pauses in the conversation. The narcissist tries to adhere to social expectations by giving the speaker some cursory acknowledgments, but they’re not really listening, and so they throw them in there just a few seconds off. The speaker easily picks up on this skewed-timing and will stop talking and shift their attention to the narcissist.

Finally, one more form of conversational narcissism to avoid is the “Well, enough about me, I want to hear more about you!” tactic. People will often pull out this kind of line right at the end of an event, so they can make a show of etiquette and interest in the other person, while not actually having to give that person attention that lasts more than a few minutes.

Becoming a Master of the Art of Conversation

Avoiding these pitfalls of conversational narcissism will have you well on your way to becoming a competent and charismatic conversationalist. Once someone introduces a topic, your job is to draw out the narrative from them by giving them encouragement in the form of background acknowledgments and supportive assertions, and moving their narrative along by asking supportive questions. Once their topic has run its course, you can introduce your own topic. But as we mentioned earlier, it takes two to tango. It’s now your partner’s turn to ask you questions. If they don’t, you’ll sadly find yourself, as I did at the lunch with my friend, listening to a never-ending monologue. Just smile and enjoy the chips.

Looking for more advice to up your social game? Check out these resources!

Source: The Pursuit of Attention by Charles Derber 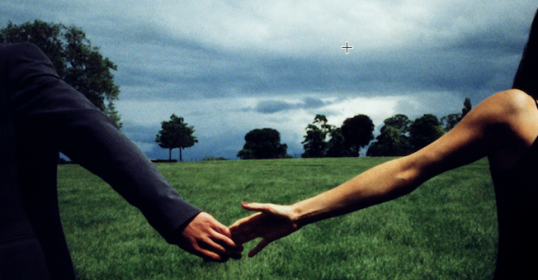