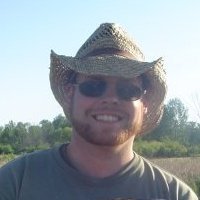 Any man who has ever watched the Indiana Jones movies has had the thought of becoming an archaeologist cross his mind. Turns out the job is not quite like Indy’s adventures, but you do get to wear khaki pants and a hat, get really dirty, flee from snakes, and uncover relics of the past. Still pretty sweet.

My name is Dan, and I am 29. I have a bachelor’s degree in Anthropology from Minnesota State University, Mankato and am nearly finished with a Masters in Geographic Information Systems from St. Cloud State University which is also in Minnesota. I work for the U.S. Forest Service as part of their TEAMS Heritage Resource Enterprise Unit. We provide trained archaeologists for National Forests that need survey work done on the property they manage. Our team is unique as we don’t belong to any one National Forest, but are “deployed” as the need arises. Kind of like the archaeological version of the Special Forces. This year I will be working on projects in Texas, South Dakota, California, and Idaho. I’ve been working for TEAMS for almost a year, and worked as an archaeological field technician for private environmental firms for 3 years prior to joining the Forest Service.

2. Why did you want to become an archaeologist? When did you know it was what you wanted to do?

Although I grew up with a love of history and of the outdoors, I didn’t realize I wanted to be an archaeologist until I was 23 and was nearly finished with a totally unrelated college degree. I can pinpoint my decision to be an archaeologist to a single day. I was traveling overseas and was wandering around Sophia, Bulgaria and happened upon a museum of archaeology, which contained a really impressive collection of ancient Greek and Roman archaeological artifacts. Staring at everything from ancient building columns, roman military battle gear, and even long buried sarcophaguses, I marveled at the thought of the experience of pulling something like that out of the ground and thought I would give it a try.

3. If a man wants to become an archaeologist, how should he best prepare?

Archaeology is one of those fields where you need a college degree, preferably in Anthropology or a closely related field such as History or Geography. Most have a degree in Anthropology. You can get work in the field with just a Bachelors degree, but if you want to lead crews and conduct your own research a Masters degree is needed. While you’re getting the degree, it’s also almost universally expected that you attend a “Field School,” usually a 4 to 6 week course that has you in the field for the first time learning how to dig in the dirt like a real archaeologist and becoming knowledgeable in the tools of the trade. In my case this involved living in a tent for six weeks working alongside 25 other students while we excavated a Native American site dating back to 1050 AD. At night we camped out under the stars, drank whiskey and listened to stories told by the college professor that was running the course. I was fortunate enough to have a really inspiring professor that knew how to get the best out of his students, and it was a really fantastic experience.

Besides the educational background, one should be comfortable working in the outdoors for long hours in all conditions. I’ve met archaeologists that seem to really dislike being outside, and I can not for the life of me figure out why they became archaeologists. Unless you are one of the few archaeologists that become college professors, you are going to spend a majority of your time outdoors, walking for miles on field surveys, digging for hours into the earth and generally getting completely filthy every day.

If you were the kid that always came home with dirt on you jeans and a bullfrog in your pocket, this might be the right job for you. 4. How do you go about getting hired for a dig? What sets a candidate apart from others when he’s vying for a job?

Most of the jobs for entry level archaeologists, also called “Shovel Bums,” involve working for Cultural Resource Management (CRM) firms on contracted survey projects, working for the company for an hourly wage as long as they have work for you to do, much like working for a building construction crew. You find out about these jobs largely through word of mouth, and through websites specifically intended for employers to post job details and their staffing needs. Then you send in your resume and hope for the best. Once you pay your dues as a Shovel Bum, you will hopefully be picked up as a Crew Chief, and start earning a 365 day a year salary with benefits. The fastest way to do this is to be recognized as reliable and hard working field technician, while at the same time working toward a specialization within the field of Archaeology, such as analysis of lithics (stone tools), pottery, or osteology (study of bones). My specific specialty is GIS, or Geographic Information Systems, which is used to map out archaeological sites and collect other data using GPS devices, computers and other digital devices. Basically, you have to make your self stand out, as just like in any other profession, there are plenty of people who are happy to just show up and punch the clock.

Reaching down into the dirt and picking up an arrowhead that hasn’t been held in 800 years or more. It gives an instant connection between you and the person that left it there so long ago.

The time away from family due to the crazy amount of traveling I do. If I could do this job and still be at home every night for dinner, it would be the perfect career.

It’s tough. The term “Behind every great man is a great women” definitely applies here. Without my wife being as supportive as she is, there is no way I could have the career that I do. The most important thing is to leave work at work, and when I’m at home concentrate as much as I can on the relationship with my wife and family.

9. What is the biggest misconception people have about your job? Or in other words, how much does your life resemble that of Indiana Jones?

The biggest misconception is that I don’t dig up dinosaur bones. People confuse us with paleontologists all the time. Also, being an archaeologist is not nearly as exciting as the movies make it out to be. Archaeology is a process, and a very methodical one at that. Archaeology is a destructive science; once you remove soil and artifacts from the ground, they can never be returned exactly as they were found. We dig into the ground, removing 5-10 cm at a time so that the soil and the artifacts we remove can tell us the story of the past. It is our responsibility to convey that story to the rest of the world.

As for the Indiana Jones analogy, although there are dangers in the job, I have yet had to outrun a huge boulder or use my whip to disarm a Nazi. There are some similarities though. I am always traveling to new locales and working in areas of the country I’ve never experienced before. My hat is never far from my head, and khaki pants are part of the standard uniform. Snakes, especially rattlesnakes, are almost always an issue in many of the areas I work in. Other dangers include spiders, bears, and stumbling upon back country drug growing/manufacturing areas while on survey. I believe the real similarity between Indy and many of us mortal archaeologists is continuing to find the magic in human history and the cultures that came before us, and I doubt any archaeologist who spent part of theit youth in the 1980’s didn’t have Indy as a huge influence in deciding his career. How could you not?

No matter how hard they deny it, every archaeologist is a fan of Indiana Jones. Without him, our field wouldn’t seem nearly as romantic as it does. Whenever I travel to new projects I always bring at least one, if not all four Indy films with me, because it reminds me of the reasons I got into this job.

Managing an active dig site is like trying to keep multiple plates spinning at once. Everyone on the crew has a job to do, and everyone is doing it at the same time. Excavation crews are bringing down the “floor” of the excavation unit in 5-10cm levels, while some of the more artistically inclined are drawing and photographing the floors and walls to document the layers as they are removed and excavated further down. If artifacts are found, they are photographed in place, locations mapped in relation to the rest of the excavation unit, and removed. Technicians take data using GPS receivers to continue mapping out the site and its boundaries digitally. Elsewhere on the site, a geophysicist might be using ground penetrating radar to search for undiscovered features such as the remnants of old building foundations hidden under the ground.

I imagine watching a dig site from above is quite like standing over a busy ant hill.

11. What do archeologists do when they’re not on a dig?

The dig is only part of the scope of the project. After the field work, artifacts must be sorted, cleaned and cataloged. Data must be organized, analyzed and reports finalized. Grants need to be written and projects need to be bid on. Being in the field is the fun part. The rest of it keeps the business going.

A previously undiscovered Shoshone village in Utah. It all started with the discovery of one arrowhead and turned into the identification of a lost community.

Even with all the education and training, if you become an archaeologist, you are probably never going to be rich beyond your wildest dreams. That’s just not how it works. Comfortable, probably. Filthy rich, probably not. The happiest and most successful archaeologists are the ones that genuinely love what they do. Take that into consideration before you invest all the time, tuition and weeks away from your family that is required for this field.

If you do pursue archaeology as a career, good luck. There are precious few jobs out there that allow you to use your brain as well as you brawn on a daily basis. For me a rainy day in the field beats a sunny day in the office any day. 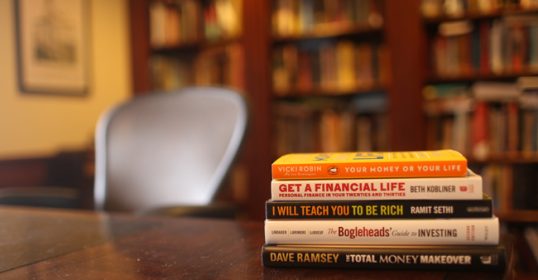 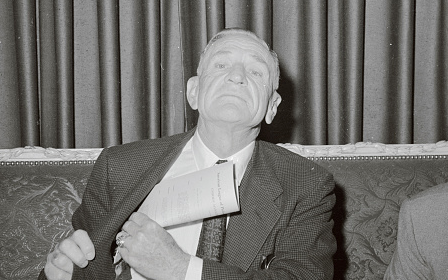