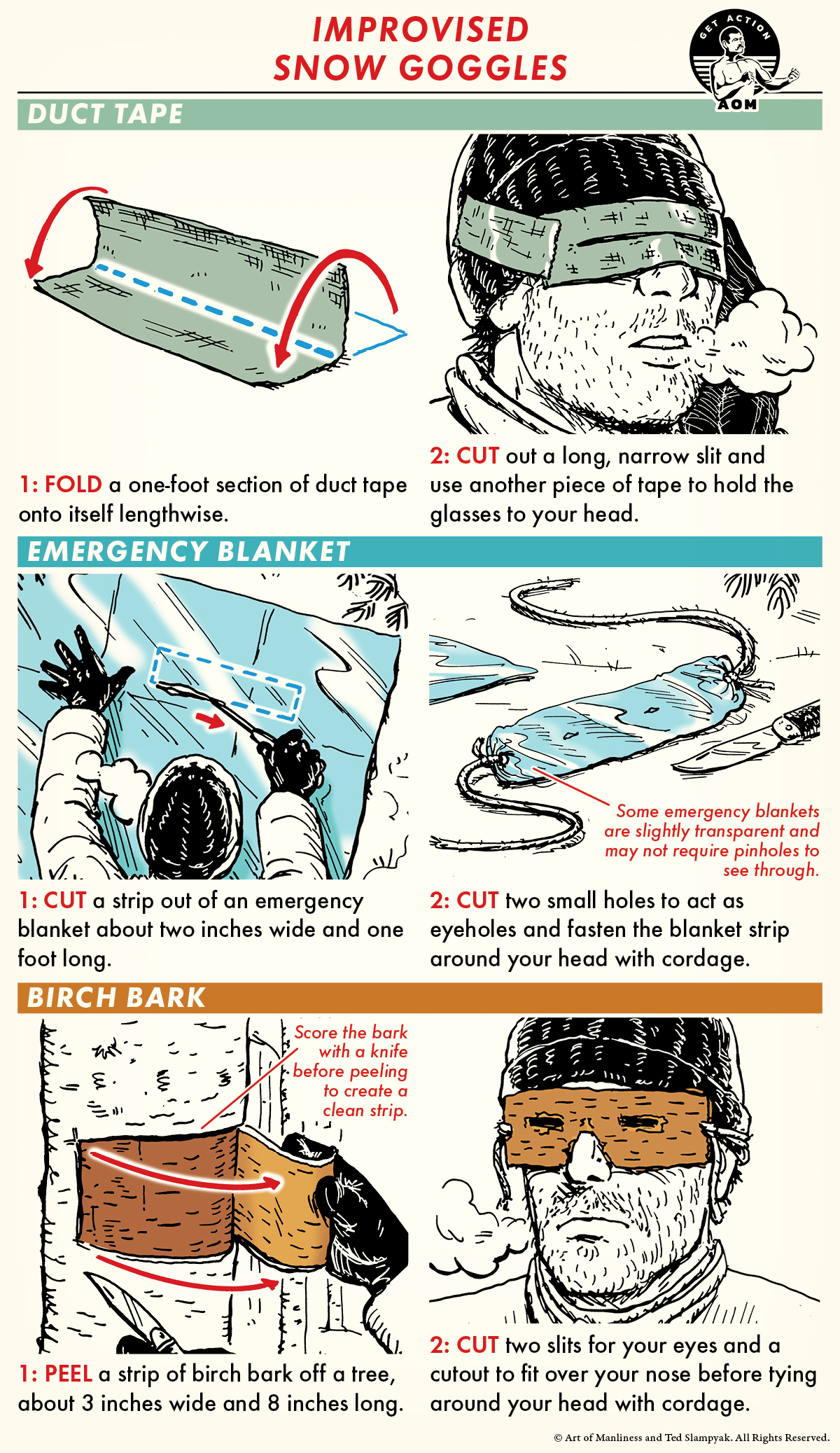 At the end of the 19th century, explorers and adventurers were focused on being the first to reach the South Pole. Known as the Heroic Age of Antarctic Exploration, the period saw legendary names, like Ernest Shackleton, spend years surrounded by the frozen expanses that make up one of the harshest environments on the planet. For explorers like Shackleton, common maladies included frostbite, scurvy, and snow blindness.

Snow blindness occurs with prolonged exposure to UV radiation. It’s essentially a sunburn, but on your cornea, and it happens in snowy conditions because the sun’s rays reflect off the snow and into your eyes. The condition is exacerbated if your eyes are dry and cold.

Symptoms of snow blindness include headaches, blurry vision, pain or a burning sensation in the eyes, or, in extreme cases, a complete, but temporary, loss of vision. The good news is that snow blindness isn’t permanent. The cure, in most instances, is simply plenty of rest for your eyes.

Snow blindness can occur quickly. In 2004, Iditarod champion Doug Swingley removed his goggles during a race to scout an upcoming area. Within minutes his vision started going blurry, and he was unable to complete the race.

Whenever you go into a snowy environment, make sure you have proper eye protection. But, if you find yourself in a survival situation where sunglasses or goggles aren’t available, you’re not totally out of luck. Inuit and Yupik peoples have been making snow goggles from natural materials like driftwood, bone, and caribou antlers for thousands of years. Modern-day survivalists can make something similar out of duct tape, emergency blankets, or birch bark.