In the first post of our four-part series on throwing an awesome holiday party, we talked about picking a party type or theme. Once you’ve done that, it’s time to begin planning the event: drawing up a guest list, sending out invitations, and getting ready for the shindig.

How Many People Should You Invite? 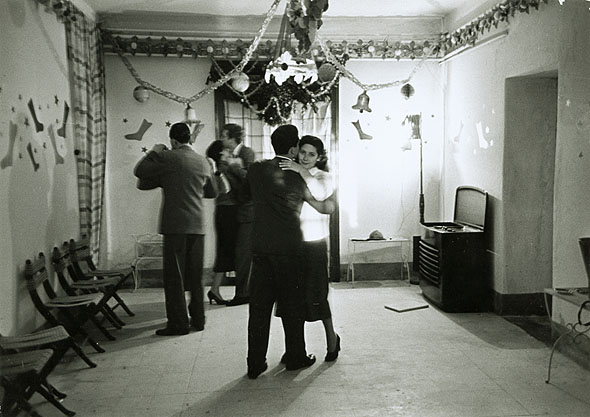 Probably should have invited a few more people.

If you’re throwing a large open house kind of party, the guest list is limited only by the number of people you think can comfortably fit in your abode—keeping in mind that not everyone will be there at the same time–and how much money you have set aside to fill their stomachs and wet their whistles.

The number of guests to invite to a dinner party is easy: no more than can sit comfortably at your dining room or kitchen table—with at the most one leaf put in. Any more than that and your guests will be smooshed together, and the folks at one part of the table will not be able to communicate with those on the other end, breaking the table into two separate circles of conversation.

Other types of parties have a self-limiting guest list—there are only so many of your friends that would enjoy a caroling night out, for example.

Who Should You Invite? 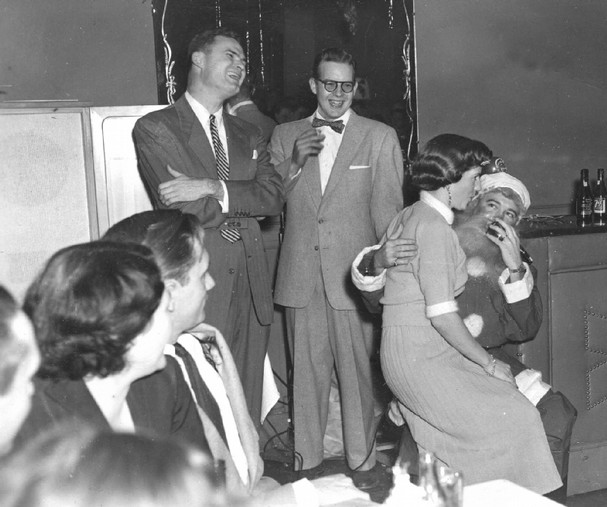 No matter what kind of party you throw, it’s never a bad idea to have the man in the red suit stop by.

Drawing up your guest list can be a tricky and confusing business. So we turn to Esquire Etiquette, which offers this very sound advice:

“To begin with, give yourself an even break on the company: invite people who will get along together. For a small party, where the guests have no escape from each other, it is vital that they have interests and sympathies in common (and their common acquaintance with you is not enough)…They should not be too alike—they want stimulation not mere affirmation—but they should complement each other, not antagonize or compete with each other. Your job is to figure out both ends of the exchange and be satisfied that they will be satisfied before you bring your friends together.

At a large party, where presumably a guest can pick and choose his talk-mates, you can take a little less care with the invitation list if you are prepared to take a little more care with on-the-spot matchings. That is, you can invite both the dogmatic Republican and the emotional leftist—if you see to it that they steer clear of each other. Still, you should be sure that there are two or three people whom each of them will enjoy—a fellow-fisherman who won’t mind if Mr. GOP issues a few political edicts, an interrogative liberal who might want to find out how the left half thinks, a few attractive women who can be relied upon to bring the subject around to their specialty if the atmosphere gets charged.

A good rule to follow is to be sure that everyone you have invited knows (and likes) at least two other guests: you don’t want anyone to walk into a roomful of strangers, and you don’t want to leave anyone without an escape hatch should the strangers prove stultifying.

In addition, you’re stacking the cards your way if every guest has at least one talkable interest in common with every other guest.”

When to Send the Invitations

The holiday season is packed with parties, and people will get lots of invitations to different events. So you want to make sure you send out your invitations early in order to have your friends commit to your event first. The more formal an event, the earlier you send out the invites. If it’s a very casual get-together, one week previous to the party is acceptable, but typically two weeks before the event is a good rule of thumb if you expect replies. And during busy seasons or for large and formal parties, you want to send out your invitations about three weeks before the party. But not any earlier than that—as Esquire Etiquette puts it, “Except for a wedding, four weeks’ notice has all the visemarks of a bear trap.”

What Kind of Invitations to Send

Your guests will look to the type of invitations you use for clues on the formality and kind of party you’ll be throwing.

First, don’t call people to invite them. It’s awkward to put people on the spot like that, and they typically won’t be able to tell you if they can come before looking at their calendar and talking to their significant other. If you decide to host a casual get-together in a week’s time, just send out an email to let your friends know.

For a party that’s still casual but more put-together and pre-planned, there’s nothing wrong with using e-vites in my opinion, and they’re quite handy as regards sending them out and keeping track of who’s coming.

For an affair that’s a little more formal, mail out a standard invitation or use your calling cards. You do have a set of calling cards, don’t you?

If you’re having a super fancy pancy affair, then by all means mail out some fancy pancy invitations: engraved, letterpressed, and so on.

What to Include on the Invitation

People like to know exactly what they’re getting into when they commit to something, so make sure to include these details on the invitation:

When you’re planning your party, checklists are your friend. Make shopping lists for food and drinks, alcohol, decorations, and miscellaneous supplies. And make a list of the things you need to do in the weeks and days leading up to the party, as well as a list of things you’ll need to do the day of. Here are some things to consider as you generate these lists:

Menu. What will you be serving? How much food do you need? The food you’re going to buy and prepare depends on the kind of party you’re going to throw. But whether you’re having a sit-down dinner or just snacks, allot for each person to eat 1.5 times what you think would be a normal serving for a person. It’s better to have extra food and leftovers than to run out.

Drinks. Are there spirits or garnishes you need to purchase? Eggnog is a given along with various spirits your friends enjoy. It’s fun not only to be the host but to play bartender as well and mix your friends up some special holiday cocktails. Also, be kind to your teetotaling friends, too. They get tired of only being offered water and soft drinks. So plan to make some hot apple cider and come up with a few cool holiday mocktails to serve them.

Supplies. Do you have enough dishes and glassware? You definitely don’t want to run out of clean glassware at a cocktail party. What about things like napkins? How do you plan to decorate? Do you have what you need on hand? Can you borrow any of the decorations? Do you plan to make any of the decorations yourself? Do you need any special supplies for your holiday-themed party? Bingo cards for Christmas Light Bingo? Poppers for exploding at midnight? A white dress and sash for the friend who volunteered to arrive as a giant New Year’s Eve man baby at midnight?