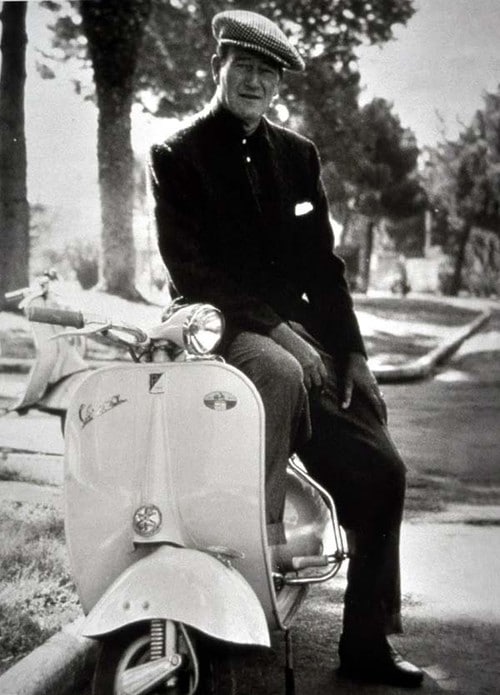 Editor’s note: This is a guest post by Nate Pedersen.

Scooters. In America, where we tend to associate manly two-wheeled locomotion exclusively with motorcycles, they sometimes elicit a bit of a snicker. But for men around the world, and even not so far back in our own history, scooters have been prized as economical, stylish, and fun to ride.

Today we’ll talk a little bit about that history, discuss what makes scooters a viable and enjoyable mode of transportation, and offer some tips for picking the right one.

The History of Scooters 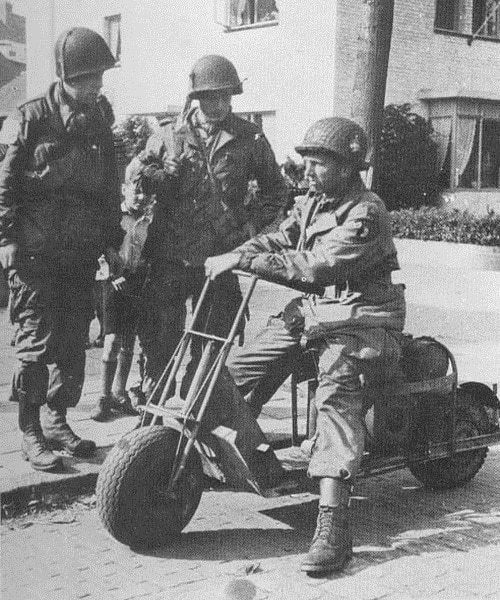 Men have been riding scooters since 1894 when German manufacturing duo Hildebrand & Wolfmuller cranked out a motorized bicycle with a step-through frame. But scooters weren’t embraced with much enthusiasm until two manufacturers, Salsbury and Cushman, jumped into the game in the 1930s. They soon found an untapped market for scooters: military bases. Sprawling military bases around Europe had need of messengers on fast and cheap transportation to quickly relay communications. Both Salsbury and Cushman soon found their factories overwhelmed with military orders.

Ironically, it took a world war for scooters to move from the military to the civilian market. Severe gas rationing after WWII made the scooter’s fuel economy extremely attractive to people around Europe. Two Italian manufacturers — Piaggio and Lambretta — also entered the game, bringing that classic Italian aesthetic and sex appeal to scooters. 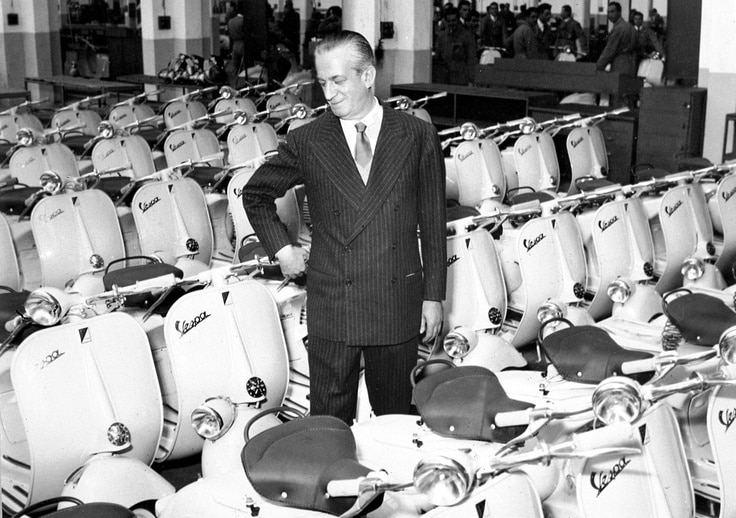 Piaggio had manufactured Italian airplanes during World War II, but its factory was completely destroyed during air raids. After the war ended, Enrico Piaggio changed the focus of his company from airplanes to lightweight, economical scooters. In 1946, the first Piaggio-made scooter rolled off the factory line. Upon seeing the prototype, Enrico declared “Sembra una vespa!” or “It resembles a wasp!” And so the Vespa was born and scooters soared in popularity around Europe. 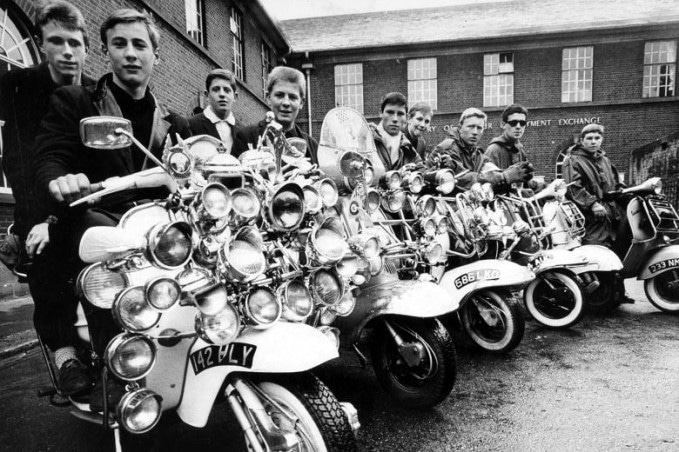 As the home of both Vespas and Lambrettas, Italy quickly became the cultural heart for scooter aficionados in other European countries. The sleek Italian scooter rider — tight-fitting suit, sunglasses, shaggy hair — became the fashion icon for a burgeoning counter-cultural movement in Great Britain. By the 1960s the streets of English cities were streaming with these “mods” — disaffected youth decked out in Italian suits riding their heavily customized scooters and brawling with the motorcycle riders — “rockers.”

Today, scooters are embraced by a wider spectrum of people, particularly city commuters who use them for their daily ride to work. With the steady rise in gas prices over the past 15 years, scooters have become increasingly popular with their hard-to-beat 85-100 mpg. Owing to their affordability and fuel economy, scooters are used across the globe. In fact in some countries, scooters are the primary motorized transport owned by families and scooter sales far outstrip automobile sales. 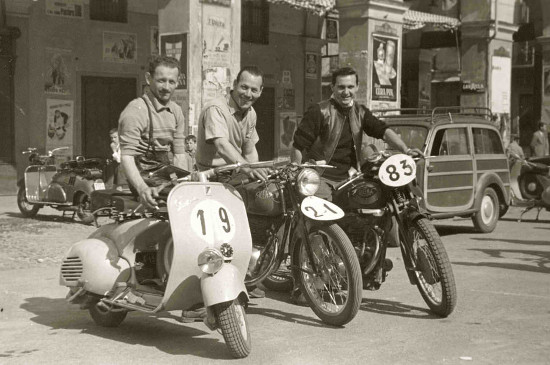 If you’re in the market for a motorized bike, you might wonder whether you should purchase a scooter or a motorcycle. For most people, it’s an instinctive choice — they either respond to the culture and aesthetics of scooters or to the culture and aesthetics of motorcycles. Despite their similarity to the layman, scooter riders and motorcycle riders inhabit different worlds, with unique mindsets, cultures, and practices. At some points in history (I’m looking at you 1960s Britain) scooter riders and motorcycle riders scorned each other and would even fight on sight. That doesn’t happen (much) anymore. While there is occasionally some lingering animosity between the two camps, overall there’s a spirit of friendly collegiality between fellow travelers on the motorized two-wheel highway. 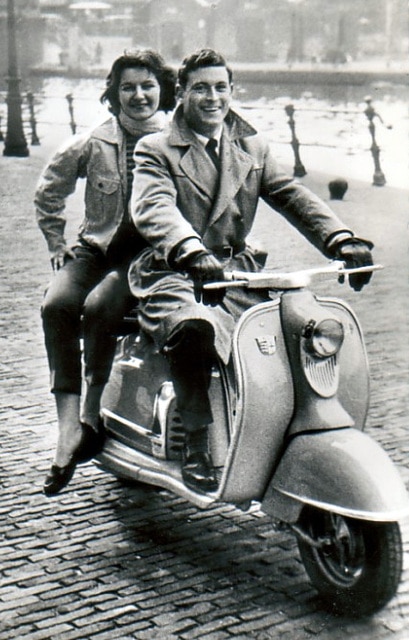 Beyond their instinctive appeal, scooters have other pros as well:

The best reason to buy a motorcycle instead of a scooter, on the other hand, is highway riding. Even expensive scooters with big engines are not as well-suited for highway riding as motorcycles. If the call of the open road resonates in your heart, you might follow in the footsteps of a good scootering friend of mine who rode a Vespa for years before selling it one day and switching to a Yamaha motorcycle. He was ready for some long-distance road trips and never looked back.

A Guide to Buying Your First Scooter 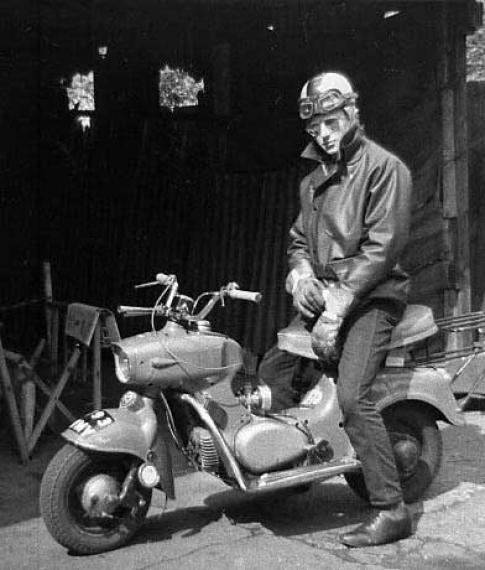 If you decide that you want to get yourself a scooter, you’ll find that there are a ton of options out there. A wide variety of motorcycle and automobile manufacturers have dipped their hands into the scooter market, creating a vast range of products available for the discerning consumer. The following tips will help you navigate this complex market. 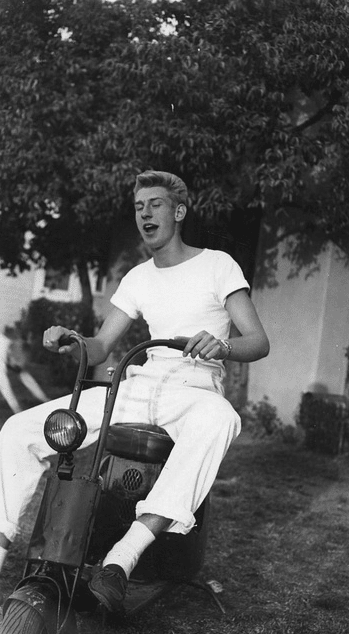 When choosing your very first scooter, start with something used, small, and cheap, and consider upgrading later.

Scooters have a wide range of engine sizes, represented by the number of cc’s. The smaller the engine, the slower the scooter, and the better the fuel economy. (The reverse is also true.)

An inexpensive scooter will typically have a 50cc engine, meaning you’ll be maxed out at about 35 mph. This is a nice limiter for a beginner so you’re not tempted to ride on highways or fast roads in town while you’re still getting your feet wet. Cheap scooters also won’t have the comfort or aesthetics of the more expensive options, but they will help you decide if riding a scooter is for you without spending a small fortune.

Inexpensive scooters abound on the used market and can be found for a few hundred dollars on Craigslist or through a local dealer. My first scooter was a Roketa, a Chinese model that I bought with a few hundred miles on it for $400. While I only kept it for one riding season, it was a great introduction to scooters and helped me decide what I wanted in my next one. In my case, I wanted a bigger engine, a more reliable manufacturer, and a sleeker look. I went with a Yamaha Vino 125cc the next year. Check your local Craigslist listings, especially in the spring when people start cleaning out their garages. 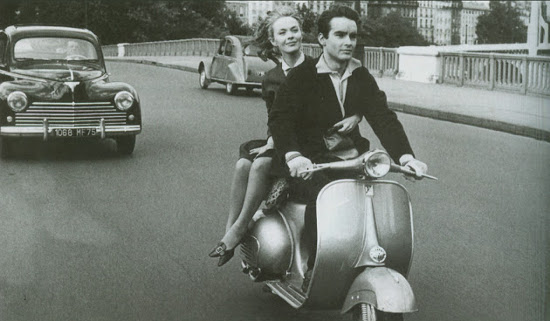 Here are four of the well-known scooter manufacturers and their most popular models:

Italian manufacturer and the gold standard of scooter production. When most people picture a scooter, they are picturing a Vespa. It’s the quintessential scooter, noted in particular for its sleek steel frames. Current popular models are the LX and the GT.

American manufacturer of scooters inspired by mid-century Italian models. Genuine scooters are a great way to combine vintage style with modern mechanics. Genuine is based in Chicago. Current popular models are the Buddy and the Stella.

Japanese manufacturer of hardy, reliable scooters. Current popular models are the Metropolitan, modeled after classic Italian scooters, and the Ruckus, which is the probably the most rugged scooter model on the market, capable of off-road action.

All of the above scooters have their dedicated fans. You wouldn’t go wrong with any of them.

At some point in time, you may be tempted to purchase a vintage scooter. Granted, few things are cooler than a beautifully restored vintage Vespa cruising down the street. But the dude riding that scooter put a lot of time in (or paid someone a lot of money) to make that happen. My advice: unless you want to make scooter maintenance and repair a part-time hobby, buy a relatively recent model. 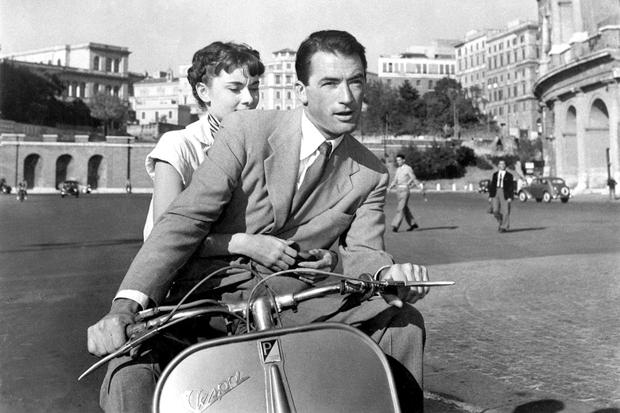 In addition to a motorcycle license, you will need to acquire a DOT (Department of Transportation) certified helmet. Helmet laws vary from state to state, so you might live somewhere where they are not required. Regardless of the law, a DOT helmet is strongly recommended. Remember, you’ll be cruising along at 35 mph, possibly higher. You’re going to want to protect your head.

You should also purchase good leather riding gloves. Gloves will help you grip the scooter handles better and give your hands some protection if you wipe out.

Armed with your helmet and riding gloves — and a pair of leather boots you probably already have sitting around the house — you will be ready to ride. 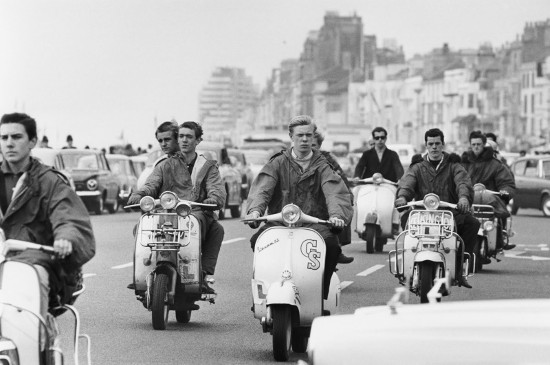 If you live in a major city, you can probably join a scooter club for fun, scooter-based camaraderie. Scooter clubs are active in many cities around the country: New York has the New York Scooter Club, Boston has the Boston Stranglers, and the national-in-scope Royal Bastards Scooter Club has chapters across the country.

If you really get into scootering, you can even start racing. For example, the Scooter Cannonball Run is a coast-to-coast endurance race held each year for scooter riders. Participants race their vehicles across the country on a route that changes each year. 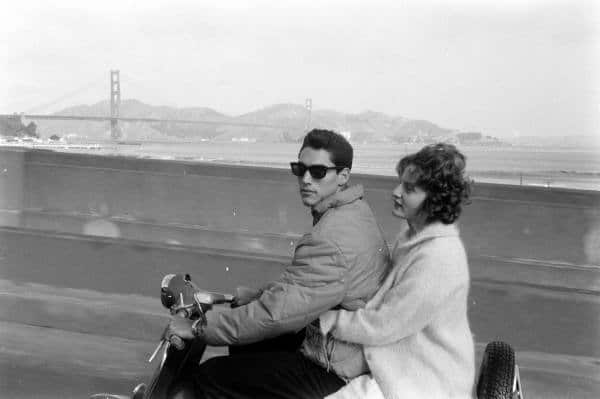 Scooters are a blast to ride. There’s a particular joy to be had in cruising down an urban street with the wind rushing past your face. While debates still sometimes surface about the “manliness” of scooters, the really manly thing is to simply ride whatever it is you like and have a great time doing it.

Nate Pedersen is a librarian and journalist in Bend, Oregon. His website is http://natepedersen.com. He’s written for AoM before, including a piece on book collecting.