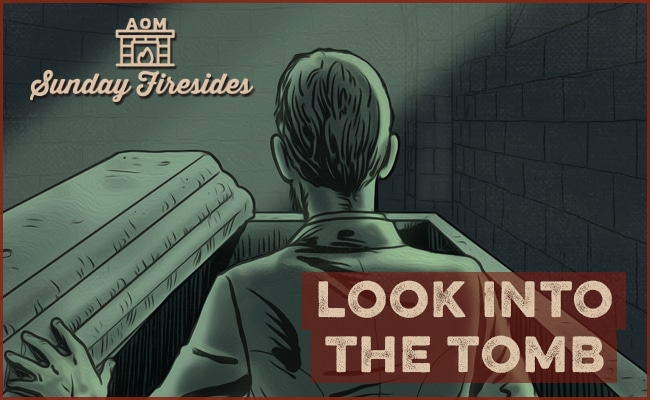 A year and two months after his wife died, Ralph Waldo Emerson opened her tomb.

Emerson had been visiting Ellen’s grave daily since she’d succumbed to tuberculosis, just two years into what had been a happy, golden marriage.

But on a gray day in March 1832, Emerson decided to not only talk to Ellen as he typically did, but to look at her dead and decaying body.

Normally a prodigious journaler, the entry Emerson made for that day was unusually terse: “I visited Ellen’s tomb & opened the coffin.”

While we don’t know what Emerson experienced as he looked into the vault where his wife lay, we can surmise the effect this act had on his life. Within months, he’d resigned his prestigious position as minister of Boston’s Second Church — a vocation he’d felt increasingly unsuited for — and left for a year-long trip to Europe. By the fall of 1833, he’d given the first of the 1,500 lectures for which he’d become renowned. Two years after that, he would be married again.

However macabre it may seem, looking into Ellen’s tomb helped Emerson accept the reality of her death — helped free him to move forward with his life.

Whether it’s the loss of a loved one, the regret of an ill-made decision, or a set of irreversible circumstances, you may also be haunted by people or possibilities you cognitively know are gone but viscerally feel are still alive.

A life lived too intimately with these ghosts, is a life lived in limbo.

While you needn’t seek release in the same dramatic fashion Emerson did, you do need to face the awful finality of things head on.

She’s not coming back. You can’t have kids. You pursued the wrong profession.

Grieve the future you’d dreamed of; lay a flower on its grave; begin to build another.