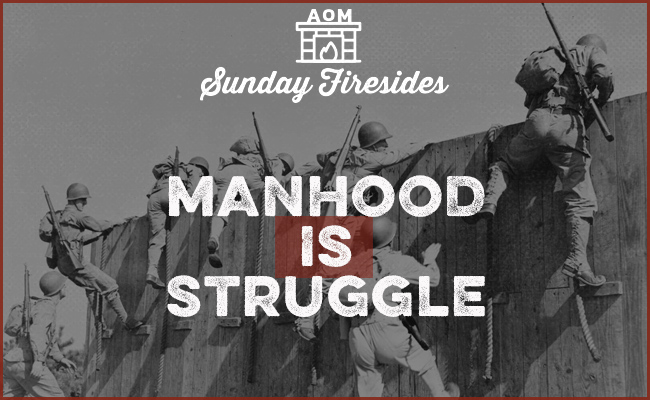 In the first several weeks of life, an embryo is only influenced by its X chromosome. A female embryo will continue to develop through its influence alone. A male embryo will only develop the features of such when a gene of the Y chromosome activates, inhibiting female features and imposing male ones through genetic dominance.

After the child leaves the womb, ceases to nurse at mother’s breast, and begins to grow independently, some psychologists have hypothesized that boys have a more difficult time finding themselves than girls; the girl is female, and emerged from a female; the male must gain a more distinct, differentiated identity.

As a help in gaining this identity, and as training for stepping into the universal male roles of protector and provider, all cultures around the world would lead boys through a rite of passage. The title of man was not something inherent, a matter of biological destiny, but something earned through these tests of skill, discipline, and fortitude.

The successful completion of this initiation was still not the end of a male’s quest for manhood, but only its beginning. Manhood had to be earned and re-earned one’s whole life through. So it is that we still say, “Be a man,” while a female equivalent to this injunction does not exist.

Manhood then, from conception to old age, IS struggle. The struggle to move from dependence to independence, to step into a male identity, to attain one’s masculine powers.

Today there are few rites of passage that transition boys through these struggles, and little external urgency in ensuring they learn to protect and provide.

But men would do well to remember that the itch for challenge is embedded in their blood, and that they will not find ultimate fulfillment in the absence of labor, conflict, striving.