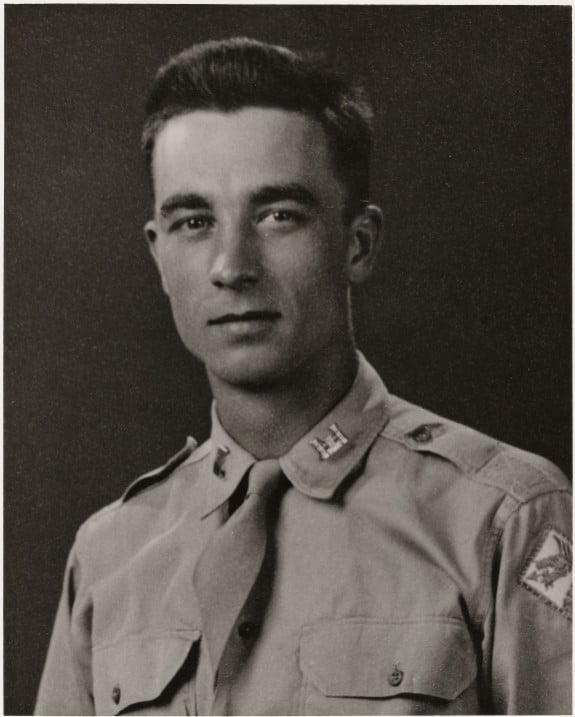 Editor’s note: The following excerpt was included in FM 21-13, an Army field manual published in 1952. While it outlines the character of a good soldier, the qualities mentioned represent the kind of character all men should strive for.

Section VII. THE CHARACTER OF A SOLDIER
The Things You Are

When we say that a man has “good character,” we mean that he has many strong qualities and virtues that, added together, make him a man whom we like, respect, and trust. One definition of character, therefore, is this: The sum of the qualities that make a person what he is.

It’s not easy to tell you exactly what qualities and virtues you must have to be a good soldier, but perhaps you can understand better what is meant by a “soldier’s character” if you consider some of the qualities that all of our good soldiers have had. These qualities include honesty, courage, self-control, decency, and conviction of purpose. This is by no means a complete list, but those are the qualities that most good soldiers possess. Let’s talk about them.

You must be honest because there is absolutely no room in our military world for dishonesty, half-truth, or any other shade in-between. When the outcome of a battle could rest on the truth of your report, your word must be your bond. In private life, one can avoid or make allowance for those who have trouble telling the truth. But in the Army, soldiers depend on each other too much to accept anything but complete honesty. All good soldiers understand the need for truthfulness and shun those who lie.

As a soldier, you may be called on to be courageous in many ways. In battle, you may have to keep moving forward in the face of heavy enemy fire. Lives of other men may depend on this kind of courage. Battle plans are based on it. Then, in addition to courage in battle, you need courage to admit your own failures. You may need still another kind of courage to ask your fellow soldiers to keep going when they have nearly reached the limit of their endurance.

In any talk of courage, however, it is important that you know the difference between real courage and foolhardiness. Taking unnecessary risks is stupid and often endangers the lives of others. Being courageous doesn’t mean that you won’t be afraid at the same time. Fear in battle is natural, and some of our best soldiers have been those who have been afraid, but who went ahead into battle, even with a shaking hand and pounding heart.

Soldiers who have displayed this kind of courage were able to do so because of another quality, self-control. As a soldier, you will be living and working closely with other soldiers. You will be leading a highly disciplined life. Good self-control makes this discipline easier. It will also help you avoid temptations that may plague you — temptations to dodge your duty, to indulge in immorality, or to use your power unfairly. Sometimes you may be the law itself, and only your sense of right and self-control will stand between you and your abuse of power as a soldier.

Self-control is “inner discipline.” You were not born with it, but all good soldiers have acquired it through the years by checking their tempers and desires, and by “counting 10” before they acted.

Another quality that all good soldiers have is decency. This means personal habits that make it easier for others to live and work with you. Your honesty, courage, and self-control will strongly affect your companions, but in addition, it is important that you give them the same consideration that you’d like them to give you. This means respecting their property and views, keeping yourself clean in body and speech, and accepting others for what they are – not for the color of their skins, or where they came from.

All these qualities are important parts of a good soldier’s character, but the quality that all of our great soldiers have had – the quality that gave meaning to all of their other virtues – is conviction of purpose. This means that these soldiers fought well and were able to endure the hardships of war because they were convinced that what they were doing was right.

Our truly great soldiers, however, have fought for our country because they believed that our freedoms and way of life were worth the sacrifice. You probably know the story of Sergeant York. When he first entered the Army in World War I, he was troubled because his training and his conscience told him “Thou shalt not kill.” After a long struggle with his conscience, however, he realized that fighting the enemy was just, because that enemy would have enslaved the world if they could. When he realized this, he became one of our greatest heroes, because he was convinced that it was right for men to remain free.

These are some of the main qualities that make up the character of a good soldier. Nobody can give you these qualities. You have to get them yourself by hard work. But at least you know what the qualities are and if you don’t have all of them, you have a goal that is worth reaching.