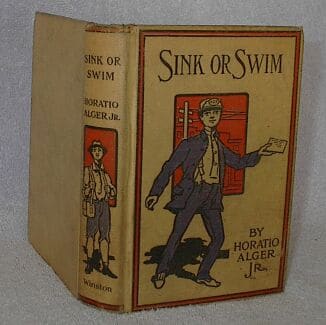 Today we will cover the last of three archetypes of American manliness proposed by Michael Kimmel in his book, Manhood in America. As we discussed in previous posts, both the Genteel Patriarch and Heroic Artisan were ideals of manliness imported from Europe to the American colonies in the 18th century. Both archetypes offered American men a solid male identity that was grounded in family tradition, community, and personal autonomy.

But the 19th century’s rapid industrialization would greatly weaken the Genteel Patriarch and Heroic Artisan archetypes while giving rise to a distinctly American one. Slave-worked plantations vanished. Large factories put small shop owners out of business and made their trades obsolete. Many men were forced to leave their rural family homes in search of work in the burgeoning urban centers of America.

Manhood had been rooted in community and family ties, land ownership, and craftsmanship. Fathers passed on their farms or apprenticed their sons in their trade. Without these longstanding traditions, American manliness faced a great crisis. From whence would a man’s sense of identity now derive?

The answer lay in the burgeoning opportunities of an industrial society and the unfettered expanses of the nation’s frontier. A new type of man was needed to navigate this fast-paced, impersonal, and risky world. Enter the Self-Made Man 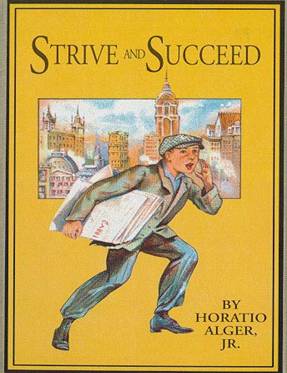 The Self-Made Man was the restless go-getter who constantly strove for success in the public sphere and the marketplace. Instead of basing his identity as a man in landownership, genealogy, or artisanal skills, the Self-Made Man rooted his manliness in personal achievement, status, and wealth.

The birth of the Self-Made Man archetype represented profound changes in the culture, the most significant being the rise of individualism. A man’s loyalties shifted from family and community to self, from steady toil in a lifelong labor to a desire for novel and immediate rewards. A man needed to rely on his inner-resources, not the help of others; success was for those willing to pull themselves up by their bootstraps.

Men no longer had to do just what their fathers had done nor stay in the same small villages where their family had always resided. The country was full of new opportunities, and young men struck out on their own, hoping to find individual success. These new opportunities offered a seemingly level-playing field, where any man, regardless of inherited wealth or family name, could start a new life and make a fortune for himself. A man could enter a company at the bottom and attempt to work his way to the top. Or he could head out West, trying to make it as a cowboy or strike gold as a miner.

Heritage and trade skills were no longer seen as the keys to success; instead, focus shifted to a man’s personal characteristics and qualities. These were the things every man had control over and could be moved into any situation or location. The Self-Made Man strove to cultivate the values of thrift, hard work, persistence, and entrepreneurship. And while his inner-qualities were important, it was also paramount to the Self-Made Man who made his way in the world of business to appear successful to others, to cultivate a winning personality. If you wanted to make your way to the top, you had to learn how to make friends and influence people.

The Self-Made Man archetype was fueled and celebrated by both real life stories and dime store novels. A man like Andrew Carnegie was held up as a prime example of the the Self-Made Man-someone who had risen from factory bobbin boy to captain of industry. Stories of average joes hitting it rich with a gold mine or creating a vast cattle empire flooded back East. And adventure books about mountain men and frontiersmen using nothing but their strength and wits to conquer the wild frontier fascinated young boys and men alike. Horatio Alger created a whole cottage industry from stories of boys who lived a clean life and did the right thing and were thus rewarded by being plucked from obscure poverty and into a comfortable life.

But despite the glean given the Self-Made man in the culture, it also had dark side for manliness. Manhood for the Genteel Patriarch and Heroic Artisan was more stable-once a man had established his estate or craft, he could feel assured of his manliness. But the manhood of the Self-Made Man was ever in doubt, tied as it was to external factors and the whims of financial success. Just as the value of a company’s stock fluctuated from day to day, so could the value of the Self-Made Man. He constantly had to prove and earn his manhood in the marketplace, knowing all the while that at any moment it could be taken away by job loss, sickness, or financial ruin. This constant need to prove one’s manliness day in and day out created a sense of anxiety and insecurity among American men that we still see today; one day you’re a corporate warrior on the very top of your game, the next you’re unemployed in slippers and a robe, feeling emasculated as you scan the classifieds.

A life governed by market economics influenced male friendships as well. The refined respect between Genteel Patriarchs and the close knit fraternities of Heroic Artisans were replaced with more isolating and distant relationships among men. Every man was out for himself; it was a dog eat dog world. Instead of being a potential friend, the man next to you was competition. And it’s hard to develop the cutthroat instinct needed to destroy the competition when the competition happens to be your bosom buddy.

Influence of the Self-Made Man Today

Of the three archetypes of American manliness we have discussed, the Self-Made Man archetype continues to have the most influence down to the present day. The idea that any man, from any background, can become whatever he wishes by dint of his hard work has become almost a religious tenet of the American ideal. It’s what continues to inspire immigrants from all around the world to come to this country with the hopes of a starting better life. Politicians try to sell themselves not as products of privilege but as self-made men (“My father was a mill worker”). And we are far more interested in and apt to applaud the story of a man who came from virtually nothing to make it big than we are the man who came from two Ivy League-educated parents, SAT tutoring, and a suburban home.

But the popularity of the Self-Made Man tends to wax and wane. During times of economic woe like the Great Depression, where a man might have worked tremendously hard and still ended up selling apples on the corner, it tended to be viewed with more skepticism. (At the same time, however, it also added to men’s shame; if success was entirely based on pulling yourself up by your bootstraps, some reasoned that something was surely deficient about the unemployed). While the Self-Made Man archetype may have taken a bit of a hit during this most recent recession, it’s also been given new life by the rise of  the internet. The internet provides what the frontier of 19th century once did-a seemingly level playing field in which any man with enough pluck might make a fortune. Men no longer need to wait to go through official channels to get their writings, art, music and so on out to the world. Internet celebrities rise and fall by directly appealing to the masses. Today, however, the watchwords are not hard work and persistence; instead, the new ideal is overnight success; the dream is to create the next Facebook or post the next viral video.

Of course there have always been those that think the Self-Made Man was a myth from the beginning. Critics argue that real-life self-made men represent extreme outliers and that the vast majority of those from privileged backgrounds end up in society’s top slots, while the majority of those who start out poor will never escape poverty. The separation between advocates for and against the Self-Made Man often (although not always) break down along political lines. Those on the right celebrate the Self-Made Man, using his existence as justification for more a hands-off government, in which (at least theoretically) men and businesses rise and fall based solely on merit. Those on the left point to socio-economic factors as being the great determiner of a person’s success, and thus look for ways in which the government can attempt to step in and level the playing field. Much of the debate in Washington over policy really comes down to a disagreement over the reality and viability of the Self-Made Man.

The Genteel Patriarch, the Heroic Artisan, and the Self-Made Man. Each archetype represented a cultural ideal of manliness during a certain period of American history. No actual man ever fit neatly under these categories; in every time men have of course lived complex lives that defy labeling. Rather, these archetypes point to changing standards of manliness in the popular consciousness that influenced how men were perceived and judged by others and subtly influenced themselves. What archetype will predominate in the 21rst century? Will the Self-Made Man continue to hold sway or will a new ideal emerge?