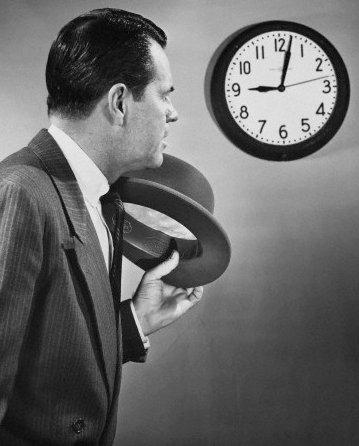 Note: Be sure to read our follow-up article on how to be more punctual.

The life of George Washington was characterized by a scrupulous regard for punctuality.

When he asked a man to bring by some horses he was interested in buying at five in the morning, and the man arrived fifteen minutes late, he was told by the stable groom that the general had been waiting there at five, but had now moved on to other business, and that he wouldn’t be able to examine the horses again until the following week.

When he told Congress that he’d meet with them at noon, he could almost always be found striding into the chamber just as the clock was striking twelve.

Washington’s promptness extended to his mealtimes as well. He ate dinner each day at exactly 4 o’clock, and when he invited members of Congress to dine with him, and they arrived late, they were often surprised to find the president halfway done with his meal or even pushing back from the table. To his startled, tardy guest he would say, “We are punctual here. My cook never asks whether the company has arrived, but whether the hour has come.”

And when Washington’s secretary arrived late to a meeting, and blamed his watch for his tardiness, Washington quietly replied, “Then you must get another watch, or I another secretary.”

George Washington’s passion for punctuality was born from his youthful study of “The Rules of Civility” – his repeated copying of maxims like “Undertake not what you cannot Perform but be Careful to keep your Promise.” For Washington, being on time was a way of showing respect to others, and he expected to be treated with the same level of respect in return.

We may no longer live in an age of knickers and powdered wigs, but being punctual is just as important as it ever was. It has been called “a homely, but solid virtue,” and it certainly doesn’t cause one’s breast to swell in the way that pondering courage or resolution does. But related as punctuality is to discipline and self-mastery, to integrity and respect, it is – if not particularly sexy – still an essential component of the character of an upstanding man.

Today we’ll explore why this is so, and then on Wednesday we’ll cover why some men struggle with being on time despite their best efforts, along with tips on how to overcome the habit of always being late.

Why Is Being Punctual Important?

“The habit of being prompt once formed extends to everything — meeting friends, paying debts, going to church, reaching and leaving place of business, keeping promises, retiring at night and rising in the morning, going to the lecture and town-meeting, and, indeed, to every relation and act, however trivial it may seem to observers.” –William Makepeace Thayer, Tact and Grit, 1882

The importance of punctuality is not universal and varies from culture to culture. In some places like Latin America and the Pacific Islands, life moves at a different pace and meeting times are meant to be fuzzy. But this does not negate the value of punctuality to a man living in a culture that does define being on time more strictly, just as the well-rounded man of the West seeks competence in things like shaking hands, wearing a tie, working out with a kettlebell, and holding open doors for women, even if such things are not practiced the world over.

“I have always been a quarter of an hour before my time, and it has made a man of me.” -Horatio, Lord Nelson

Why Punctuality is Important

Being punctual shows you are dependable. Punctuality demonstrates you’re reliable. A man can always be found at his post, carrying out the duties needful for that time. People know they can rely on such a man – if he says he will be there, he’ll be there. But if a man is not punctual, others cannot depend on him — they do not know where he will be when they need him. His associates will begin to feel he cannot organize his own time, and these doubts will seep into matters beyond the clock, as it naturally raises the question: “If he is careless about time, what else is he careless about?”

Benjamin Franklin once said to an employee who was chronically late, but always ready with an excuse:  “I have generally found that the man who is good at an excuse is good for nothing else.”

Being punctual assures you’re at your best. After riding someone’s bumper, speeding like a maniac, scanning for cops, and cursing at red lights, it’s hard to then turn your focus to making a presentation at a meeting or charming a date – you’re shaky and depleted from the adrenaline and stress. But when you show up on time, better yet a little early, you have a few minutes to collect your thoughts, review your materials, and get your game face on.

“Soldiers should be minutemen. Punctuality is one of the most valuable habits a soldier can possess.” –Christopher Columbus Andrews, Hints to Company Officers on Their Military Duties, 1863

Being punctual builds and reveals your discipline. The punctual man shows that he can organize his time, that he pays attention to details, and that he can put aside this to do that – he can set aside a pleasure to take care of business.

“’There is great dignity in being waited for,’ said one who was in this habit, and who had not much of which he need be vain, unless it was this want of promptness.” –John Todd, The Students Manual, 1854

Being punctual shows your humility. That bumper sticker maxim: “Always late, but worth the wait” shows that tardiness and an overestimation of one’s worth sometimes go hand in hand. People will be glad to see you when you arrive, but they would have been gladder still had you come on time. 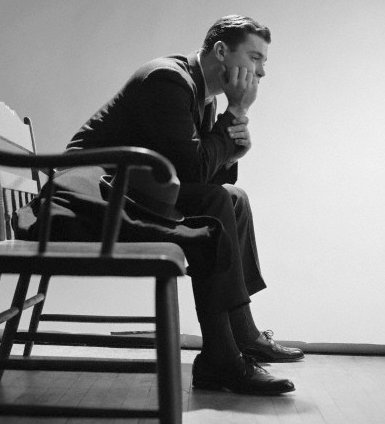 Being punctual shows your respect for others. Being chronically late is a selfish act, for it puts your needs above another’s. You want an extra minute to do what you’d like, but in gaining that minute for yourself, you take a minute from another, which is why….

Being late is a form of stealing. That’s a tough truth, but it’s a truth nonetheless. When you make others wait for you, you rob minutes from them that they’ll never get back. Time they could have turned into money, or simply used for the things important to them. In coming to meet you at the agreed upon hour, they may have made sacrifices – woken up early, cut short their workout, told their kid they couldn’t read a story together – and your lateness negates those sacrifices. If you wouldn’t think of taking ten dollars from another man’s wallet, you shouldn’t think of stealing ten minutes from him either. Being punctual shows you value time yourself, and thus wouldn’t think of depriving others of this precious, but limited resource.

“It has been said that time is money. That proverb understates the case. Time is a great deal more than money. If you have time you can obtain money—usually. But though you have the wealth of a cloak-room attendant at the Carlton Hotel, you cannot buy yourself a minute more time than I have, or the cat by the fire has.” –Arnold Bennett, How to Live on Twenty-Four Hours a Day, 1910

Being chronically late disturbs the experiences of other people. Your tardiness not only robs others of their time, but of the fullness of their experiences as well. The student who interrupts a professor in the middle of his lecture; the family which climbs over you to get to their seats at the middle of the row in the theater; the man who opens the creaky door in the middle of a eulogy. When an old man was once asked why he had been so punctual in arriving at his church on time for decades, he replied, “I made it my religion not to disturb the religion of others.”

Being late strains your relationships. When you’re late in meeting other people, it makes them feel under-valued, that whatever you couldn’t pull yourself away from was more important or that they didn’t mean enough to you to warrant allotting sufficient time to arrive on schedule. The guest who flies in to see you feels like a dope standing at the airport alone, your date feels awkward sitting at the restaurant by herself, and your child feels abandoned as she waits with her teacher for you to arrive, all the other children having already been picked up from school. 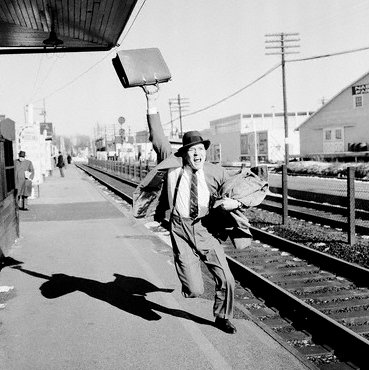 Being late hurts your professional career. Whether you’re an employee or in business for yourself, being late can hinder your professional success. Many companies have strict policies about punctuality — get a few write-ups and you’re gone. Of course, if you arrive late to the job interview, you probably won’t land the position in the first place. And if you’re trying to win over a new client, arriving ten minutes late isn’t going to get things off on the right foot, in the same way that promising to get something to him by a certain date and then failing to do so, may have him looking elsewhere for your services.

Being late takes a toll on your life. Always running behind simply hurts you in all areas of your life. It results in lost opportunities: missing a plane, missing a meeting, missing an important part of a lecture, missing a wedding. It creates stress and can lead to car accidents and traffic tickets. It results in embarrassment and forces you to come up with excuses for why you’re late, putting a strain on your honesty. Basically, it makes your life more complicated; for men seeking to simplify their lives, cultivating punctuality is an essential part of that path.

Read Part II: The Reasons You’re Late and How to Always Be on Time