If you take a step back, the whole idea of neckties seems pretty silly. It’s a piece of cloth that men tie around their necks. Weird. It doesn’t seem to have any rhyme or reason. And men sometimes use this pretense to avoid wearing one.

But I believe many a man who has evinced an eternal hatred to the necktie has taken too narrow a view of it and bought into its current association with corporate drudgery (the fact that it resembles a noose certainly doesn’t help). The tie is thus in need of some rebranding. For it was was not birthed in the womb of a 1950’s cubicle. Neckwear has in fact a surprisingly long and manly history.

Men in ancient times, from Rome to China to Egypt, couldn’t resist tying a piece of cloth around their necks. And it was the cravats worn by the Croatian mercenaries of the 30 Years War that really transformed the tie into a popular and widespread accessory. So while we may never be able to know the reason why, it’s indisputable that men have always felt a little manlier with something slung around their throat. There’s just something about neckties that make a man look powerful, assertive, and put together. So instead of fighting the tie, why not embrace it and join in this manly and long-standing tradition? Here’s a guide to understanding the necktie so you can do just that.

How to Select a Tie

There is definitely an art to creating and picking out a proper necktie. A necktie can say a lot about you and convey your personality to others. When picking out a tie, consider the following factors to ensure you make a good purchase.

First, think about the shape and size of a tie. When looking at the size of a tie, your safest best is to go with the standard length and width. Most ties are 57 inches long. Anything longer and the tip will go past your waist line, and you’ll head into doofus territory. You want the tip of your tie to come right to the top of your belt buckle. The standard width of a tie is about 3 1/4 to 3 3/4 inches wide. Anything wider and you’ll look like a game show host from 1974. The skinny tie, a favorite of Frank Sinatra and The Rat Pack, can give you a cool, hip edge. Use your judgment on when you should bust out the skinny tie. While it might be good for a night out with your favorite lady, it’s probably not a good choice for a first job interview.

Next, consider the tie’s fabric. Ties come in a variety of materials and textures. The best ties are made out of natural materials like silk, wool, and cashmere. However, be careful even when selecting ties made from these materials. Just because the label says it’s made of 100% silk doesn’t mean it’s a quality tie. There are varying degrees of silk quality. The heavier and tighter the silk fabric is, the better.

Third, analyze the construction of the tie. Hold the tie up by the narrow end. It shouldn’t twist and turn. If it does, the material wasn’t cut correctly and you have a tie that won’t hang correctly from your neck. Also lay a tie flat on a table and check to see if it’s symmetrical. It’s easy to spot if it’s not– one side will be longer than the other. Finally, inspect the tie for any loose threads or runs in the material.

When selecting a tie, the feel of a fabric is extremely important. The term that the tie industry uses to describe a fabric’s weight, feel, and texture is called its “hand.” There are two basic types of tie hands: the print and the woven tie.

With print ties, colored patterns are printed directly onto the silk.

With woven ties (my personal favorite), a loom weaves different color threads into the silk, creating a textured hand to the tie.

Let’s break down the different possible patterns that exist in these two basic design motifs.  It should be noted that most designs can be found in both the printed and woven varieties. The designs listed below were broken up according to the type in which they are most frequently found.

Printed neckties are the more popular choice between the two categories as they’re generally less expensive to produce than woven ties (although high-end companies make print ties with a slow, more artisan process). With technology, you can print just about anything on a silk tie these days. Unfortunately, this facility of printing has left us with some atrocious looking ties, including ties that look like fish or keyboards or ties adorned with Tabasco motifs. Steer clear of such novelty ties.

While many design gaffs have been committed with the print tie, several timeless and classy prints do exist.

The Paisley. The paisley design is a droplet shaped design motif that dates back to Babylonian civilization. The design is sometimes referred to as “Persian Pickles.” Our sexually obsessed Father of Psychology, Freud, said that paisley was a symbol of virility because the design resembles sperm. The paisley tie has gone in and out of fashion throughout the 20th century; however, designers have been incorporating paisley again into ties.

Polka Dots. The polka dot was once the exclusive domain of women’s fashion, but this motif made the jump to men’s fashion via the tie. Polka dot ties go great with all sorts of men’s outfits, but they pair particularly well with stripes (strangely enough).

Sporting. No, we’re not talking about a tie with your favorite football team’s logo emblazoned on it. When we say “sporting” we’re referring to more “gentlemanly” pursuits like hunting, polo, and golf. The sport design motif began in Britain as a way for the participants in these activities to let the world know that they were a gentleman athlete. Sport ties are good for a dressed down look.

I prefer the woven tie over the printed. The weaving adds an element of texture, weight, and sophistication.  Woven ties tend to be made with more silk and are thus heavier, more substantial, and make bigger knots when tied. The woven texture also gives the tie’s design a more 3D and vibrant look, as the weave can be designed to play with the light and convey visual interest. The following tie designs look particularly smart when woven.

Solid Color. Every man should have a few good solid color ties in their cravat arsenal. They’re versatile, yet bold. The key to looking sharp in a solid tie is blending it in with the color combinations of the rest of your ensemble.

The Plaid. We all know kilts are manly. But if you don’t have the Scottish heritage to pull one off, the next best thing is to wear the kilt’s famous plaid design around your neck. The intersection of different lines with varying widths creates a sense of dimension on your tie. The design can make any solid color shirt and tie appear more interesting.

The Striped Tie. The striped tie has it’s origin in the British military. English soldiers would wear neckwear decorated with stripes in their regimental colors, thus they became known as “regimental stripes.” The English stripes ran from the left shoulder down toward the right. When tie manufacturers began to introduce the striped tie in the United States, they had the stripes cut the other way- right to left- in deference to the original regimental stripe (it’s considered bad taste to wear a British regimental stripe if you weren’t in that British regiment ). The angled stripe works to slim the body. If you think you have sort of a chubby face, the striped tie can chisel away breadth and softness from your mug. Want to get your hands on the real McCoy? Keep reading my friend!

Mountain & Sackett’s 100% Handmade Authentic English Regimental neckwear combines a refined display of color and uncompromising craftsmanship. These are the only ties in the world that are never touched by a machine, only the hands of skilled artisans transform these distinctive fabrics into a tie that truly reflects the spirit of their history.

The origins of Authentic Regimentals date back to the “Cravat” worn by Balkan brigades of the 17th century.  A hundred years later, as the 7th Royal Fusiliers gathered in the Tower of London to protect King James II from the oncoming Duke of Monmouth, they helped establish the Regiments by name as a unique part of British history.  The roots of the Authentic Regimental designs can be traced back even further, however, as the court of King Henry V established a Royal Registry of military regalia in 1419.  The descriptions of these “blazons” have been incorporated in the creation of the Regimental designs over the ensuing centuries.  Even today the colors evoke the unmistakable presence of Heraldic times; azure blue represents loyalty and truth, antique gold reflects generosity, and claret symbolizes valor. 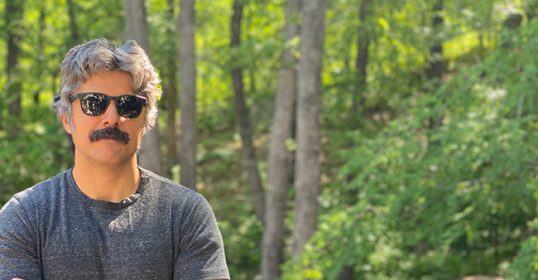