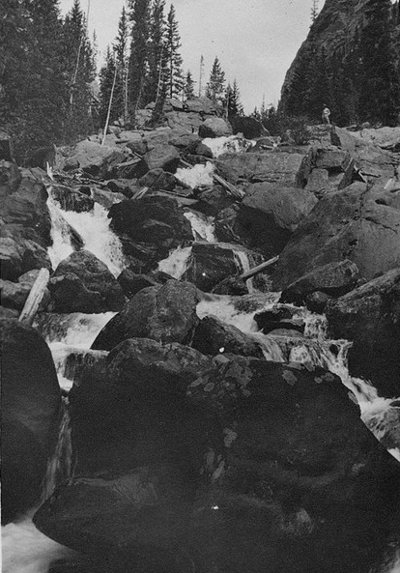 Editor’s note: This is a guest post from Gianpaolo Pietri.

Some of the most influential men in our collective history subscribed to a philosophy of minimalism. The greatest thinkers and doers of our civilization intuitively grasped the incredible benefits of keeping things simple. They quickly recognized the awesome power of reduction and used it as an invaluable tool for the construction of their lasting legacy. Throughout their careers, they emphasized a singular focus on the essential, not just in the physical sense of material possessions, but also metaphysically as related to matters of the mind and spirit.

In our time, minimalism has been embraced by a small army of bloggers who question the way we approach how we live and what we consume . Every week on their blogs, guys like Leo Babauta from Zenhabits, Colin Wright from Exile Lifestyle, and Everett Bogue from Far Beyond the Stars are challenging the traditional notion that we’re defined by the things we own  They’re pioneering a new movement towards simplicity, teaching folks how to focus on doing what’s important rather than buying what’s in fashion. Several of them have even taken minimalism to a whole new level with experiments like the 100 things challenge.

The one criticism I have of these new heralds of minimalism is that some of them consider this movement towards simplicity as a lifestyle choice to be a relatively new phenomenon. They see it as a by-product of the Age of Consumption brought on by the Industrial Revolution. In fact, minimalist principles have been around for centuries, arguably since the beginning of time. Indeed, they were even embraced, espoused, and exalted by some of the most powerful figures of the ancient world.

Here are just a few examples of manly men who used simplicity as a tool for change, the means which allowed them to focus on the essential matters of their time. Their words show the importance they placed on living what we know to be a minimalist life.

I mention him first because he is clearly the most recognizable and of all ancient minimalists. Jesus was, perhaps rivaled only by Lao Tzu and Ghandi, the consummate embodiment of simple living.

“What shall it profit a man if he gains the whole world but loses his soul.”

“Life is really simple, but we insist on making it complicated.”

Thousands of years later, after all the developments in equipment, resources, and technologies, I still consider Confucius’ ancient premise to be true. When you cut through all the red tape, I think you too will find that living a good, healthy, and fulfilling life really isn’t all that complicated.

A Chinese philosopher from the sixth century BC, Lao Tzu is widely regarded as the father of Taoism.

“Be content with what you have; rejoice in the way things are. When you realize there is nothing lacking, the whole world belongs to you.”

“The secret of happiness, you see, is not found in seeking more, but in developing the capacity to enjoy less.”

“Very little is needed to make a happy life; it is all within yourself, in your way of thinking.”

“Let no act be done without a purpose.”

“From my mother, piety and beneficence, and abstinence, not only from evil deeds, but even from evil thoughts; and further, simplicity in my way of living, far removed from the habits of the rich.”

“Simplicity is the ultimate sophistication.”

“Be wary of any enterprise that requires new clothes.”

“As you simplify your life, the laws of the universe will be simpler; solitude will not be solitude, poverty will not be poverty, nor weakness weakness.”

“To be simple is to be great.”

“We ascribe beauty to that which is simple; which has no superfluous parts; which exactly answers its end.”

“There is no greatness where there is not simplicity.”

“Three Rules of Work: Out of clutter find simplicity; From discord find harmony; In the middle of difficulty lies opportunity.”

“I believe that a simple and unassuming manner of life is best for everyone, best both for the body and the mind.”

“Live simply, so others may simply live.”

“I take a simple view of living. It is, keep your eyes open and get on with it.”

Martin Luther King may not have been a minimalist in the way you and I might define it today, but he represents a more profound definition of minimalism: He lived for the strength of his idea, which was rooted in the simplicity of conviction through a singularity of purpose:  to serve.

It’s no coincidence that all of these men, among many others, should find value and meaning in living frugally, thinking simply, and emphasizing necessity over desire. Many of these men were able to achieve great feats in the name of progress because of their ability to focus on only that which really mattered. They had clarity of purpose, discipline of action, and disdain of distraction.

Let’s take a look at some of the reasons why applying minimalism aligns congruently with the values of being a man in the modern age.

1. Ownership. In many ways ownership has been the flagship of the American Dream. We seem to be defined by what we own or do not own. People may react to material things temporally, but they have no lasting impact on the legacy you leave behind. At the end of the day, nobody cares how big your house was, or what car you drove. True ownership lies in the strength of our ideas and our values, and how we choose to apply them to the common cause of our civilization: progress.

2. Action. A man is defined by the actions he takes, not the money he makes. Men love taking action. One of the things that makes communication difficult between men and women is how we react to problems that arise. A man’s first instinct is to come up with a solution and immediately take the required steps to implement it. A women is more concerned with understanding the nature of the problem and talking through it. Guided by minimalism, a man trains himself to focus on only that which matters, which in turn determines the actions he should take.

3. Focus. Men have an innate ability to focus intently, but we often choose the wrong things to fixate on. We fancy sports cars, power boats, big screen plasma TVs, and 12-packs of beer while we watch the game. Eliminating some of these desires lets us focus on achieving what really defines us: the legacy we leave behind to our children, our neighbors, and our society.

4. Integrity. The truth never lies. Sometimes it can be hard to accept, but if you keep things simple, that shouldn’t be too much of a problem. Sticking to the truth itself is quite a simple endeavor. Resist the temptation to aggrandize, embellish and stretch the reality of your situation and circumstances. That is one of the manliest things you can do.

5. Inspiration. We guys tend to shun sappy talk of inspiration, but few of us can deny we have been moved by a great many events in our life. Minimalism puts us in tune with our senses, slows life down, and allows us to be inspired by the small and simple things we wouldn’t normally notice.

6. Innovation. Minimalism is an incredibly effective tool in spurring innovation. The simplest inventions in our history have had the most impact. Think of the plough, it doesn’t get any simpler than that, and yet it fundamentally changed the nature of how we get our food, and society as a whole.

7. Relationships. I have a hard time figuring out why so many men struggle with their relationships. Relationships are all about value. It’s about what you give and what you get back. Eliminate relationships that add more drama than value, and focus on those that give and take in relatively equal measure. Love, Listen, and Respect. It really is that easy.

8. Entrepreneurship. One of the hardest components of starting your own small business is securing the venture capital to cover the initial costs of getting your start-up off the ground. Applying minimalist principles allows you to keep costs down and requires a smaller investment up front. It will let you build up equity you can then invest back to spur more growth. Leveraging the power of the internet to reach a mass audience is a great way to do this

9. Exercise. We all watched Rocky V when it was Sly vs. Ivan Drago. Are you Stallone? Or are you Lundgren? I’m Stallone. I say forgo the gimmicky training programs that rely on heavy machinery to build up muscle and strengthen endurance. Use your own weight to strengthen your core. Push-ups, sit-ups, lunges, and yoga are all you need. Pick a sport and getting fit is a lot more fun.

10. Travel. Cutting down on the things you buy, own, and want increases the capital you can allocate to doing more rewarding activities like traveling. Every man should be an adventurer. As men, we were born to explore the edges of our existence. That includes traveling to the ends of both our world and our consciousness. Bring less stuff, and you’ll be able to do more stuff while you’re there.

___________________________________
Gianpaolo Pietri is an architect, blogger, brand designer, and entrepreneur. He’s a committed minimalist and the author of the upcoming Revolution 2.1. His blueprint for how we should live consists of 5 simple principles: Minimalism, Mobility, Entrepreneurship, Sustainability, and Adaptability. You can subscribe to his RSS feed, or follow him on Twitter.