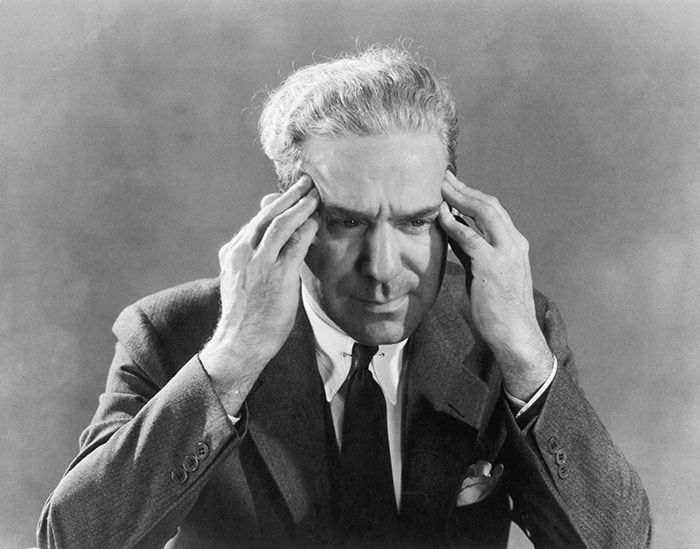 Emotions play a central role in how you experience life.

If you frequently feel angry, depressed, and anxious, then your quality of life isn’t going to be great.

If you routinely feel content, confident, and joyful, you will likely have a much better time of things.

Emotional regulation — the ability to mitigate negative feelings, enhance positive ones, and manage one’s moods — is thus a critical factor in living a good, flourishing life.

Aristotle believed we should regulate our emotions by finding the mean — dictated by the circumstances of a particular situation — between two extremes. He thought it was acceptable to get angry as long as it was for the right reason, at the right time, and in the right proportion.

Modern psychologists have picked up where ancient philosophers left off. Studies show that individuals who know how to regulate their emotions tend to fare better than those who don’t.

Your own experience likely corroborates this conclusion. Think of the times in your life when things went poorly for you. If you’re like me, your inability to regulate your emotions caused or exacerbated the problem.

While mastering emotional management may be crucial to a flourishing life, it’s not easy.

Trying to willpower your way out of a negative emotion usually backfires and just increases its strength.

Sometimes we’re successful in generating positive emotions, but then can’t figure out how to get these fleeting feelings to stay.

We can feel overwhelmed and yanked around by the whims of our minds and neurotransmitters. Rather than being able to use emotions as aids in our aims, we end up in servitude to them.

So what’s a guy to do? How can you better regulate your negative emotions and experience your positive emotions more fully?

It’s actually pretty simple. You just need to ask yourself, “How do I feel?”

The Power of Labeling Your Emotions

Studies show that labeling negative emotions as you experience them decreases their intensity and duration. Also known as “affect labeling,” the practice simply involves putting the feelings you’re experiencing into words: “I feel angry” or “I feel anxious.”

Why would labeling your negative emotions decrease their salience?

There’s nothing quite so disempowering as knowing there’s an influence working on your thoughts and behaviors, but not being able to register, recognize, and name what it is.

Labeling your emotions allows you to gain greater control over what often feels like an uncontrollable force. It puts you in proactivity mode.

As professor of psychology Christian Waugh explains, labeling your negative emotions gives you an added layer of distance from them, allowing you to assess them more objectively:

To put feelings into words, people must first identify their emotional experiences. To do that, they must self-reflect not only on what their feelings are, but also what may be causing their emotions (consideration of these precedents can be clarifying) and, in turn, we propose that this leads to automatic reflection on what could be the appropriate course of action to address the identified emotion(s).

In short, if you don’t know what you’re feeling, you can’t figure out why you’re feeling that way, and thus deal with the source of the feeling.

What about positive emotions? Does labeling those garner any benefits?

According to a study by Waugh, the answer is yes.

How can labeling lessen the power of negative emotions but magnify positive ones?

Waugh says that labeling solves the problem of the fleeting nature of positive emotions. Labeling positive emotions when you experience them causes you to self-reflect, deepening and extending these feelings.

There’s a reason why therapists spend a lot of time helping their clients label their emotions. It’s a powerful way to get a handle on them.

Increase Your Emotional Vocabulary With Help From Aristotle and Nietzsche

If you want to maximize the benefit of emotional labeling, Waugh and his colleagues found that the more specific you can get with your labeling, the better.

This requires you to broaden your emotional vocabulary beyond “happy,” “sad,” and “angry.”

So how can you increase your emotional vocabulary? Pay a visit to Aristotle, Hume, and other long-dead philosophers.

In his Rhetoric, Aristotle pinpoints and describes a wide variety of human emotions. Kindness and unkindness. Admiration and envy. Rage and calmness. Fear and confidence. Reading his descriptions of how these different emotions feel and when we’re likely to experience them is a great way to educate your sentiments.

When your co-worker gets the promotion you wanted for yourself, instead of just saying, “I feel angry,” you can say, with greater accuracy, “I feel envy.” It’s a more specific label of the emotion you’re experiencing — pain at the good fortune of others.

David Hume understood that our emotions could shape our rational thinking, so if we want to think better, we need to understand our emotions better. Consequently, in his Treatise on Human Nature, Hume describes many human emotions, from benevolence and indignation to compassion and contempt. With all the emotions he describes, Hume attempts to capture how they feel and when we’re likely to experience them.

Other philosophers have tried to describe the experience of certain emotions as well. Nietzsche wrote about what joy and effervescence and being “in the flow” are like and also unpacked the feeling of malicious envy. Kierkegaard described anxiety as a fear we experience in the face of choice and despair as the feeling of not living up to our divine potential.

A more contemporary philosopher who devoted his life to studying emotions was Robert Solomon. In his book True to Our Feelings, Solomon maps the broad range of human emotions, including boredom, joy, shame, and compassion.

Reading the above philosophers will increase your emotional vocabulary and put you in a position to answer the question “How do I feel?” with greater specificity. The more accurately you can pinpoint your feelings, the easier time you’ll have in getting a handle on them.

In ancient myth, knowing the name of someone, particularly demons and other ethereal beings, gave you power over them. In a similar way, naming your emotions can help you bring them under your control.

To never miss an article or podcast, be sure to subscribe to our free daily or weekly newsletter.