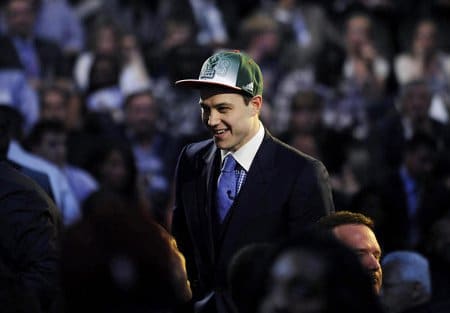 Last month, James “Jimmer” Fredette was selected in the NBA draft by the Sacramento Kings. It was a moment that capped off a breakout season for Jimmer. In his senior year, Fredette captured national attention with his dazzling three-point shooting and led the Brigham Young Cougars to a record-breaking number of wins and the school’s first trip to the Sweet Sixteen in thirty years.

The moment also represented the fulfillment of a contract his older brother had drawn up and Jimmer had signed a few years before: 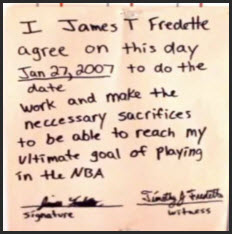 Jimmer hung this contract in his room and looked at it every single day. “It reminded me of what my goal was,” he said, “and if I didn’t want to work hard or practice that day, I would look at that and think, ‘You have to work as hard as you possibly can and do things other kids aren’t doing in order to be the best and reach your goal.’”

The things the other kids weren’t doing were drills like “The Gauntlet,” in which Jimmer would dribble down a pitch dark hallway at church, as his friends jumped out of classrooms in an attempt to throw him off his game. He also played pick-up games at the local prison, where he learned not to be intimidated by trash talk and extremely tough play.

When college recruiters didn’t come around, having deemed him too white and slow to be a viable prospect, he just kept on practicing and honing his game at one of the few schools to offer him a scholarship: BYU.  In the summer after his junior year, he attended predraft camps with NBA teams in order to find the weak spots in his game that needed improvement.

The work paid off when he got to don the Kings’ cap and hoist a NBA jersey on June 23rd.  He had made the necessary sacrifices to reach his goal.

When we hear the word sacrifice, we often think of completely selfless acts in which someone does something for another entirely for the other person’s benefit. The image of a soldier sacrificing his life for his comrades frequently comes to mind.

This does not at all take away from the virtue of sacrificial acts. Instead of locating the merit of sacrifice in unselfishness, we can find it in a man’s chosen value system. The man who lays down his life for his family or for his comrades has chosen to place more value on their lives than on his own. What is more praiseworthy than that?

The Law of Sacrifice

Society today tries to deny the law of sacrifice at every turn, promising people that they can fulfill their desires without having to forsake anything at all. “Lose weight without giving up your favorite foods!” “Get ripped without long workouts!” “Get rich without having to work hard!” The denial of the law of sacrifice is at the heart of things like our soaring credit card debt (US citizens currently hold $886 billion of it), not to mention our national debt. The fantasy that you can have whatever you’d like without ever paying for it is an incredibly seductive fantasy.

But it is only a fantasy. There is always a price to pay.

Sure, sometimes fame and good fortune seemingly drop into someone’s lap. The law of sacrifice is not as irrevocable, as say, the law of gravity. But as Frederick Douglass said:

“A man, at times, gets something for nothing, but it will, in his hands, amount to nothing.”

For proof of this, see the cases of folks who win the lottery and then squander it all away.

This is the beauty of the law of sacrifice. Not only is it the only path to achieving your goals, but the path itself prepares you to handle life at the top. Sacrificing not only gets you to your goals, but hones and shapes you as a man along the way.

A man’s ability to see through the cultural smokescreen that obscures the law of sacrifice is absolutely vital for a couple of reasons.

First, the denial of the law of sacrifice keeps a man from progressing in life. To reach your goals, you must move forward, which necessitates leaving some things behind. But the man who believes he can get whatever he desires without sacrifice tries to hold onto everything in an attempt to have it all. Instead of moving forward, he is stretched out horizontally and sitting on the fence. 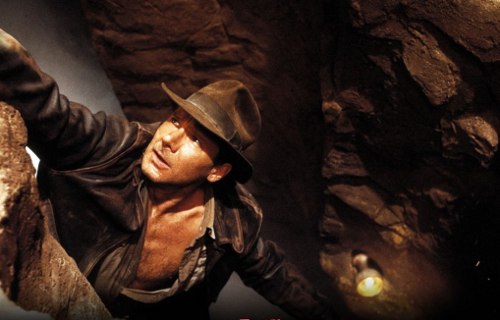 Whenever I think of the law of sacrifice, I picture the scene at the end of Indiana Jones and the Last Crusade. Elsa, the hot Nazi babe, is dangling over the abyss; one of her hands is held by Indy while she grasps with the other to reach the Holy Grail, which is just out of reach. Believing she can have the grail and walk away with her life as well, she refuses to choose and give Indiana her other hand, and is thus rewarded with a plummet to her death. Indy almost suffers the same fate; as his dad holds onto him, he too reaches for the grail. But he listens to the advice of his father, and he sacrifices the thing that is worth less–the artifact–for the thing that he values more–his life and the chance for another adventure.

Failing to understand the law of sacrifice also leads to a life of restlessness and regret. When you believe you can have whatever you want, without giving up anything in return, you can never fully embrace and enjoy your choices. For example, sometimes I’ll have a moment where I miss the freedom of my childless days. But would I give up Gus to return to that time? Absolutely not. I sacrificed one thing—more freedom—for something I believe has greater value—a child.

Great unhappiness arises when we fail to acknowledge the necessity of sacrifice and subconsciously hold the idea in our heads that we can have both things at the same time. You move across the country for a new adventure, but you spend all your time missing your old family and friends. You must recognize that you wouldn’t be having the experience you are enjoying now if you had never left. You wish you could sow some more wild oats and sleep with a lot of women, but at the same time, you would never want to give up the incredible relationship you have with your wife. You must embrace the fact that there are trade-offs in life and that you can’t have one thing without giving up another.

The world class athlete or musician gives up time spent with family and friends for time spent honing their talent. The converted religious man gives up old habits for his new faith. The blockbuster actor gives up anonymity for fame and fortune. The burned out employee gives up his six-figure corporate salary to become a high school teacher.

If you are unhappy in your choice, it is because you chose something that you do not really believe to have higher value than that which you left behind. The law of sacrifice reveals and operates according to our personal value system. If we don’t have a cut physique, it is because we value the freedom to eat whatever we’d like more than six pack abs. If we don’t have a 4.0 GPA, it’s because we value time spent with friends more than grades. If you’ve ever wondered why you lack the discipline to attain a certain goal, it is likely because in your heart of hearts, you don’t really value that goal as much as you think you do. 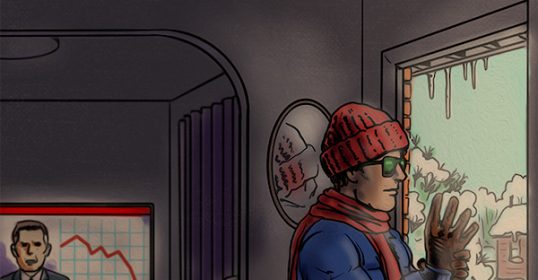 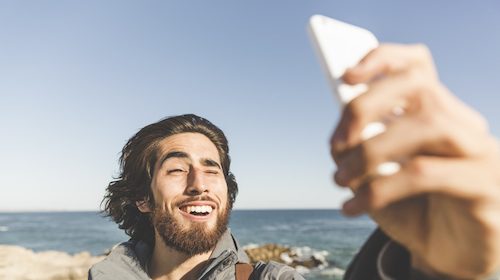 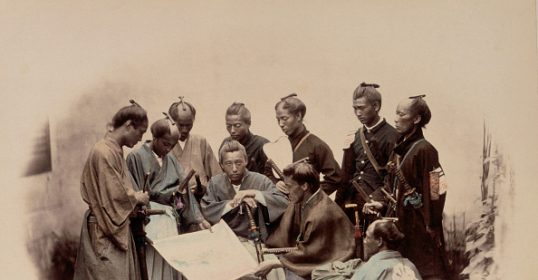 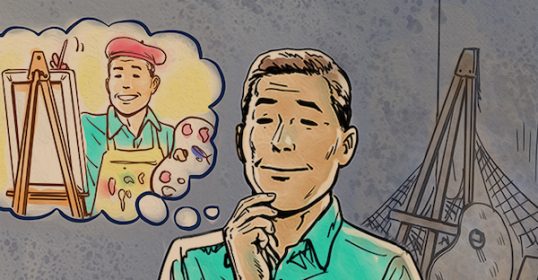