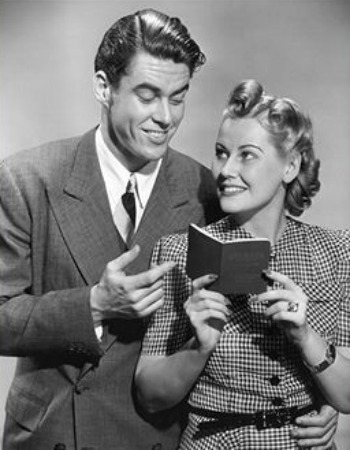 If you’re a young man, you’re probably not giving much thought to retirement right now. It’s understandable. It’s hard to plan and think about something that’s 40 years away (maybe many more–the traditional idea of retirement will likely undergo a lot of changes in the next several decades). Moreover, many young men put off saving for retirement because they’re intimidated by the entire process. They feel like they don’t have the requisite knowledge to get started.

Over the next few months we’re going to take a look at some of the different retirement accounts out there, see how they work, and explore their advantages and disadvantages. My goal is that by the end of this series, you’ll have a basic understanding of these accounts and feel confident enough to get started with saving for your retirement.

Why You Need to Start Saving For Retirement Today

Because time is your biggest ally when investing. The longer your money has to grow, the more money you’ll have when you retire. To show you the power of time on your investments, let’s look at an example from the book Get a Financial Life:

Here’s another reason you should start saving today. If you’ve been paying attention to the news lately, you’ve probably heard a lot about our country’s budget woes. Social programs that many people currently rely on during retirement might not be around or will be severely diminished by the time a person in their 20s retires. Saving for retirement today will ensure you won’t have to worry about about whether Social Security will be around when you’re old and decrepit. So you can show up to town halls someday and yell about something else that bothers you.

Finally, saving for retirement is a great way to activate that Provider Switch that we have deeply imbedded in our male psyche. A man has a vision for his family and their future.

With fewer and fewer companies offering pensions to retiring employees, the U.S. government saw a need to encourage Americans to save for their golden years. Starting in the 1980s, Congress passed laws that created a variety of  tax-advantaged retirement accounts such as the 401(k), the 403(b), IRAs, and Roth IRAs. There are more, but those are the big ones.  Fast fact: Why are 401(k)s called 401(k)s? It takes its name from subsection 401(k) in the IRS code that creates this retirement account.

If you’re a young man just starting out in life, this alphabet soup of letters and numbers can be sort of intimidating. I know when I was in college, I really didn’t have a grasp of what a retirement account was and how it worked.

The most important thing to remember is that retirement accounts allow your investments to grow tax-free. The less money you have to pony up to Uncle Sam, the more money you’ll have to go on cruises and spoil your grandkids. Depending on the type of retirement account, the tax savings can happen when you put the money into the account or when you withdraw the money from the account. More on that later.

401(k)s, 403(b)s and TSPs are retirement accounts that you typically open with your employer. 401(k)s are offered by private businesses, 403(b) plans are offered to public education and non-profit employees, and Thrift Savings Plans (TSPs) are offered to federal government employees.

All three plans work essentially the same way, so for the purpose of this post, we’ll just be talking about 401(k)s.

Remember, the biggest advantage of retirement accounts are the tax savings. Here’s how traditional 401(k)s save you money. Every payday, your company will automatically deduct a pre-determined amount from your paycheck to buy investments in your 401(k) retirement account. The money you invest in that account won’t be taxed until you actually withdraw the money when you retire. This is called a pretax contribution.

To see how this works, let’s look at an example. Let’s say you make $50,000 a year at your job and you decide to set aside $5,000 a year for retirement in your 401(k). That $5,000 will go into your account, but at tax time, you’ll only be taxed for $45,000. For the next 40 years that $5,000 you put in your account will grow tax free. When you retire and start making withdrawals from your account, the $5,000 will finally be taxed.  Because your money grows untaxed for so many years, paying taxes later rather than sooner can put more money in your pocket when you’re old and lounging around in running suits.

When you opt into the 401(k), you’ll have to pick which investments you want to fund your retirement account with. Your employer typically works with some sort of investment broker to create a menu of different investments for you to choose from.They’re usually mutual funds. Unfortunately, you’re stuck with the menu your employer creates, and oftentimes the menu is pretty crappy. But I wouldn’t let not so good investment options discourage you from investing in your company’s 401(k). Investing in less than ideal funds is better than not investing at all.

As far as which funds from the menu you actually pick? That’s entirely up to you. Take a look at the prospectus, do some research, and pick the fund that has a risk level you’re comfortable with. We’ll come back in a later post to go into more detail on how to pick an investment.

Deciding How Much to Set Aside

You tell your company how much of your paycheck you want set aside for your 401(k). You have complete control over how much or how little you contribute to your 401(k). Most financial experts agree that you should save at least 10% of your paycheck for retirement. The more the better, but 10% is a good number. It can be tough to put money aside because every dollar you put towards your 401(k) is one less dollar you can spend and enjoy now. My suggestion would be to set up an automatic contribution with each paycheck and then just forget about it. After awhile, you won’t even notice the extra money being socked away.

This is one of the big advantages of 401(k)s. Many employers will match a portion of the amount you contribute with a contribution of their own, up to a fixed amount. For example, a company might match you $.50 to a $1 for every $1 you contribute to your 401(k) on the first 5% of your salary you invest.

Now here comes your employer’s contribution. He’ll match your contribution dollar for dollar up to 5% of your salary. That means your employer will contribute $2,500 to your account. That’s $2,500 of FREE money and a 50% return on your initial investment of $5,000.

If your employer offers 401(k) matching, contribute at least the minimum amount for which you’re eligible to receive matching funds. But the more, the better.

The government has set limits on what we can contribute to our 401(k). I guess they wanted to give people a tax break, but not too big of one.

Withdrawing from Your 401(k)

You can start withdrawing money from your 401(k) without any kind of penalty when you’re 59 and 1/2 or if you’re 55 and you have left your employer. When you withdraw money, you finally pay income tax on the money you’ve invested (and the interest it has made).

There is a way to get early access to the money in your 401(k) that doesn’t incur a penalty. You can actually take out a loan from your 401(k). How much you can borrow from your fund will depend on your company. Typically, you can borrow up to half of the money YOU have contributed (many companies don’t allow you to borrow from employer matched funds). You usually have five years to pay the loan back. If you don’t repay the loan on schedule, the loan converts to a withdrawal, and you’ll have to pay the 10% penalty, plus any income taxes.

Do everything you can to prevent borrowing from your 401(k). While it’s tempting to tap into it as an emergency fund or to help pay for a down payment on a home, your 401(k) should be your last ditch resource for such things. You don’t want to risk not being able to pay back your loan on time and incurring the taxes and penalty of early withdrawal.

Whenever you leave a company, you have a few options with what you can do with your 401(k). You can just leave the money there and let it keep growing within that company’s 401(k). When you get another job, you can open up a new 401(k) with them. However, if you leave and start several jobs, the number of different 401(k)s you’ll have to manage will multiply quickly.

To simplify managing your retirement, financial experts recommend rolling over your 401(k). When you leave a company, you can take the money in your 401(k) with you by rolling it over tax free into a rollover IRA. We’ll be talking about IRA’s next time, but the important thing to know today is that an IRA is another type of tax free retirement account. You can keep your money in that rollover IRA where it will continue to grow tax free until you retire, or you can take the money in your IRA and apply it to your investments in your new 401(k).

The big takeaway on rollovers is that it’s a method for you to transfer your retirement money to different accounts without losing the tax savings benefits of your 401(k).

Some employers are starting to offer Roth 401(k)s. Instead of offering pre-tax money to your account, with a Roth 401(k) you invest after-tax money. You don’t get the upfront tax break that you’d get with a traditional 401(k), but when you withdraw money from your Roth 401(k) at retirement, you don’t have to pay any income tax. There are some other benefits to Roth-type retirement accounts, but I’ll be talking more about that in our article on IRAs. Stay tuned for that.

Did I miss anything? What’s been your experience with 401(k)s? Any advice to the young men out there who are just getting started with their retirement accounts? Share your insights with us in the comments. 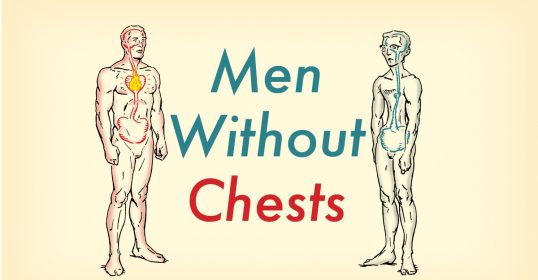