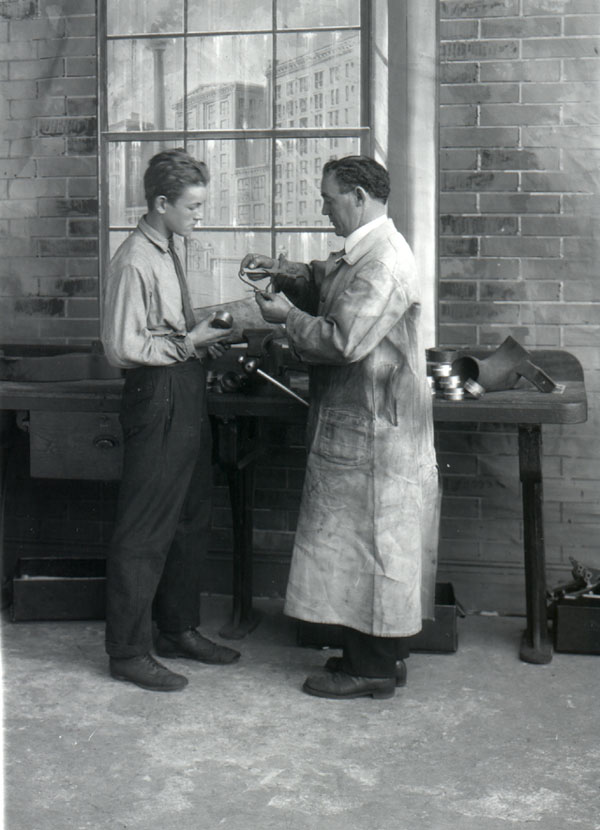 Editor’s note: This excerpt is a chapter from Ryan Holiday’s new book, Ego Is the Enemy. After you’ve read it, listen to my podcast interview with Ryan about the book.

“Great men have almost always shown themselves as ready to obey as they afterwards proved able to command.” –Lord Mahon

In the Roman system of art and science, there existed a concept for which we have only a partial analog. Successful businessmen, politicians, or rich playboys would subsidize a number of writers, thinkers, artists, and performers. More than just being paid to produce works of art, these artists performed a number of tasks in exchange for protection, food, and gifts. One of the roles was that of an anteambulo — literally meaning “one who clears the path.” An anteambulo proceeded in front of his patron anywhere they traveled in Rome, making way, communicating messages, and generally making the patron’s life easier.

The famous epigrammist Martial fulfilled this role for many years, serving for a time under the patron Mela, a wealthy businessman and brother of the Stoic philosopher and political adviser Seneca. Born without a rich family, Martial also served under another businessman named Petilius. As a young writer, he spent most of his day traveling from the home of one rich patron to another, providing services, paying his respects, and receiving small token payments and favors in return.

Here’s the problem: like most of us with our internships and entry-level positions (or later on, publishers or bosses or clients), Martial absolutely hated every minute of it. He seemed to believe that this system somehow made him a slave. Aspiring to live like some country squire, like the patrons he serviced, Martial wanted money and an estate that was all his own. There, he dreamed, he could finally produce his works in peace and independence. As a result, his writing often drags with a hatred and bitterness about Rome’s upper crust, from which he believed he was cruelly shunted aside.

For all his impotent rage, what Martial couldn’t see was that it was his unique position as an outsider to society that gave him such fascinating insight into Roman culture that it survives to this day. Instead of being pained by such a system, what if he’d been able to come to terms with it? What if — gasp — he could have appreciated the opportunities it offered? Nope. It seemed to eat him up inside instead.

It’s a common attitude that transcends generations and societies. The angry, unappreciated genius is forced to do stuff she doesn’t like, for people she doesn’t respect, as she makes her way in the world. How dare they force me to grovel like this! The injustice! The waste!

We see it in recent lawsuits in which interns sue their employers for pay. We see kids more willing to live at home with their parents than to submit to something they’re “overqualified” to work for. We see it in an inability to meet anyone else on their terms, an unwillingness to take a step back in order to potentially take several steps forward. I will not let them get one over on me. I’d rather we both have nothing instead.

It’s worth taking a look at the supposed indignities of “serving” someone else. Because in reality, not only is the apprentice model responsible for some of the greatest art in the history of the world — everyone from Michelangelo to Leonardo da Vinci to Benjamin Franklin has been forced to navigate such a system — but if you’re going to be the big deal you think you are going to be, isn’t this a rather trivial temporary imposition?

When someone gets his first job or joins a new organization, he’s often given this advice: Make other people look good and you will do well. Keep your head down, they say, and serve your boss. Naturally, this is not what the kid who was chosen over all the other kids for the position wants to hear. It’s not what a Harvard grad expects — after all, they got that degree precisely to avoid this supposed indignity.

Let’s flip it around so it doesn’t seem so demeaning: It’s not about kissing ass. It’s not about making someone look good. It’s about providing the support so that others can be good. The better wording for the advice is this: Find canvases for other people to paint on. Be an anteambulo. Clear the path for the people above you and you will eventually create a path for yourself.

There’s one fabulous way to work all that out of your system: attach yourself to people and organizations who are already successful and subsume your identity into theirs and move both forward simultaneously. It’s certainly more glamorous to pursue your own glory — though hardly as effective. Obeisance is the way forward.

That’s the other effect of this attitude: it reduces your ego at a critical time in your career, letting you absorb everything you can without the obstructions that block others’ vision and progress.

No one is endorsing sycophancy. Instead, it’s about seeing what goes on from the inside, and looking for opportunities for someone other than yourself. Remember that anteambulo means clearing the path — finding the direction someone already intended to head and helping them pack, freeing them up to focus on their strengths. In fact, making things better rather than simply looking as if you are.

Many people know of Benjamin Franklin’s famous pseudonymous letters written under names like Silence Dogood. What a clever young prodigy, they think, and miss the most impressive part entirely: Franklin wrote those letters, submitted them by sliding them under the print-shop door, and received absolutely no credit for them until much later in his life. In fact, it was his brother, the owner, who profited from their immense popularity, regularly running them on the front page of his newspaper. Franklin was playing the long game, though — learning how public opinion worked, generating awareness of what he believed in, crafting his style and tone and wit. It was a strategy he used time and again over his career — once even publishing in his competitor’s paper in order to undermine a third competitor — for Franklin saw the constant benefit in making other people look good and letting them take credit for your ideas.

Bill Belichick, the four-time Super Bowl–winning head coach of the New England Patriots, made his way up the ranks of the NFL by loving and mastering the one part of the job that coaches disliked at the time: analyzing film. His first job in professional football, for the Baltimore Colts, was one he volunteered to take without pay — and his insights, which provided ammunition and critical strategies for the game, were attributed exclusively to the more senior coaches. He thrived on what was considered grunt work, asked for it and strove to become the best at precisely what others thought they were too good for. “He was like a sponge, taking it all in, listening to everything,” one coach said. “You gave him an assignment and he disappeared into a room and you didn’t see him again until it was done, and then he wanted to do more,” said another. As you can guess, Belichick started getting paid very soon.

Before that, as a young high school player, he was so knowledgeable about the game that he functioned as a sort of assistant coach even while playing the game. Belichick’s father, himself an assistant football coach for Navy, taught him a critical lesson in football politics: that if he wanted to give his coach feedback or question a decision, he needed to do it in private and self-effacingly so as not to offend his superior. He learned how to be a rising star without threatening or alienating anyone. In other words, he had mastered the canvas strategy.

You can see how easily entitlement and a sense of superiority (the trappings of ego) would have made the accomplishments of either of these men impossible. Franklin would never have been published if he’d prioritized credit over creative expression — indeed, when his brother found out, he literally beat him out of jealousy and anger. Belichick would have pissed off his coach and then probably been benched if he had one-upped him in public. He certainly wouldn’t have taken his first job for free, and he wouldn’t have sat through thousands of hours of film if he cared about status. Greatness comes from humble beginnings; it comes from grunt work. It means you’re the least important person in the room — until you change that with results.

There is an old saying, “Say little, do much.” What we really ought to do is update and apply a version of that to our early approach. Be lesser, do more. Imagine if for every person you met, you thought of some way to help them, something you could do for them? And you looked at it in a way that entirely benefited them and not you. The cumulative effect this would have over time would be profound: You’d learn a great deal by solving diverse problems. You’d develop a reputation for being indispensable. You’d have countless new relationships. You’d have an enormous bank of favors to call upon down the road.

That’s what the canvas strategy is about — helping yourself by helping others. Making a concerted effort to trade your short-term gratification for a longer-term payoff. Whereas everyone else wants to get credit and be “respected,” you can forget credit. You can forget it so hard that you’re glad when others get it instead of you — that was your aim, after all. Let the others take their credit on credit, while you defer and earn interest on the principal.

The strategy part of it is the hardest. It’s easy to be bitter, like Martial. To hate even the thought of subservience. To despise those who have more means, more experience, or more status than you. To tell yourself that every second not spent doing your work, or working on yourself, is a waste of your gift. To insist, I will not be demeaned like this.

Once we fight this emotional and egotistical impulse, the canvas strategy is easy. The iterations are endless:

In other words, discover opportunities to promote their creativity, find outlets and people for collaboration, and eliminate distractions that hinder their progress and focus. It is a rewarding and infinitely scalable power strategy. Consider each one an investment in relationships and in your own development.

The canvas strategy is there for you at any time. There is no expiration date on it either. It’s one of the few that age does not limit — on either side, young or old. You can start at any time — before you have a job, before you’re hired and while you’re doing something else, or if you’re starting something new or find yourself inside an organization without strong allies or support. You may even find that there’s no reason to ever stop doing it, even once you’ve graduated to heading your own projects. Let it become natural and permanent; let others apply it to you while you’re too busy applying it to those above you.

Because if you pick up this mantle once, you’ll see what most people’s egos prevent them from appreciating: the person who clears the path ultimately controls its direction, just as the canvas shapes the painting.

Ryan Holiday is the bestselling author of Ego Is the Enemy and three other books. His monthly reading recommendations, which go out to 50,000+ subscribers, can be found here.