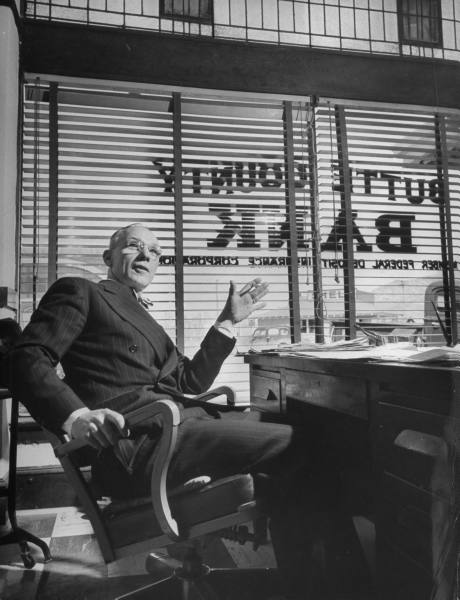 Editor’s note: This is a guest post from Jeff Rose. We last heard from Mr. Rose when he was kind enough to give us a glimpse into the life of a financial planner. Today he fills us in on how to be financially studly.

Jeff Rose is an Illinois Certified Financial Planner and co-founder of Alliance Investment Planning Group. He is also the author of Good Financial Cents, a financial planning and investment blog. You can also learn more about Jeff at his website Jeff Rose Financial.

Throughout a man’s life, he is presented with opportunities to leave his mark. The title that all men desire and hope that their name is mentioned in the same breath as is the unmistakable title of “Stud.” In grade school, being a stud was making the starting five of the basketball team and being the first to french kiss a girl. In high school, it was cruising around in your slick hot rod, leading the football team to state, and landing the hottest cheerleader on the team. College introduced the beer bong and how much cooler your parties were than the one down the street. After graduation and well into your career, the next studly phase of your life begins. At this point in your life, women don’t care how much you “could” bench press, the fact that you did 21 shots in one night (and lived to tell about it), or that you almost won the state championship in 2004. They want a man who has control of their finances and has a plan in place. They want a financial stud.

You better have some cash in your wallet and in the bank. I make it a point to always have at least $100-$200 cash in my wallet. For me, that’s weird to say because I’ve always been an ATM guy. I keep cash on hand for times that debit cards just won’t work. Whether it’s buying the next round, leaving a generous tip, or simplifying the splitting of a dinner bill, having some cash on hand looks impressive.

But don’t just keep cash in your wallet. You want to make sure you have a decent amount of cash stashed away in your savings account as an emergency fund as well. Having a decent amount of money in your savings is a sign that you are financially responsible and have the discipline to be able to put some money away. How much is enough? 3 months of your monthly household expenses is a start, but to be a true financial stud you should be somewhere in the 6-8 month range. If you want to feel like Arnold Schwarzenegger is his prime, then 12 months will give you “the pump” you’re looking for.

Got Debt? Get Rid Of It

Whether young or old, there’s nothing less attractive than having extra baggage. Even worse than having flabby love handles is having a mountain of debt. Just to confirm, I had a fellow female blogger, Mrs. Micah, give me her take on what makes a man a financial stud. Mrs. Micah says, “I think that being debt-free is sexy. It shows you can look after yourself, it frees up your future together, etc.” For anybody that has struggled with debt, I know how burdensome it can be. It’s even worse when you have to pass that burden on to your significant other. If you have debt, then having an action plan to get out of it will keep your stud credentials.

Forget the Bench Press…Max Out the Roth IRA

For the younger investor, maxing out your Roth IRA each year is the equivalent of being able to bench press 415 for reps. Let’s say that by the age of 25 you are able to sock away the maximum Roth IRA limit of $5,000. If you continue to do so for 30 years, averaging 8% return, you’ll have a $600,000 tax free nest egg waiting for you at retirement. And when you’re finally put out to pasture, you’ll be one happy stud.

Many times I hear of people just picking funds in their 401k because of what their co-workers are doing or because they thought the fund sounded cool. Whatever you do, do not be that guy. I had a friend in his early 20’s who was putting most of his money in the “Total Return Fund” because it sounded the most aggressive. Newsflash: it was 100% bond fund. Granted, it helped him prevent major losses in the past year, but for a long term strategy, it’s not the way to go. Don’t get your 401k advice from chats around the water cooler; head to Google and do some research.

A financial stud doesn’t spend just to spend. A man needs to know where his money is going month to month. If spreadsheets aren’t your thing, try writing down your bills so you can see how much money is really going out each month.

Don’t just take my word for it. Check out J. Money’s blog, Budgets Are Sexy, to get a grip on your finances. Here’s what J. Money says, “Short answer: Budgets = Confidence = Manly. Long answer: Maintaining a budget is key in becoming financially studly. If you know where your money is coming and going, you’ll know your strengths & limitations. And if you know your strengths & limitations, you can outwit your opponent at any time! Plus, you’ll be able to make quick decisions on the spot which girls love. And you know what else girls love? Confidence. And this, my friend, is what the budget gives you.”

Life insurance when you’re single isn’t really that important, but when a family is involved, it should take precedence. Face it, there is a 100% chance you are going to die. Last time I checked, that’s better odds than Sea Biscuit at the Kentucky Derby. The last thing you want to do is croak too soon and leave your family in financial distress. Let me give you you an example. I had a married couple as clients where the husband was physically fit. He was not overweight, exercised regularly and didn’t smoke. He was a doctor whose financial resume qualified him as a legitimate stud. Unfortunately, an unexpected massive heart attack left the wife and their two kids without a father. Thankfully, the father was wise enough to have enough life insurance for his wife to pay off what little debt they had left, pay the kids’ way through college, and give the wife the option not to have to work the rest of her life. Dealing with the loss of a loved one is tough enough, but adding unnecessary financial burden can leave a mourning family in shambles.

Are you a financial stud?  Don’t worry it’s not too late.  If you are missing some of these studly qualities, make a commitment to make some changes.  You’ll go from a “dud” to “stud” in no time.

If you enjoyed Jeff’s post, read more of his stuff at Good Financial Cents, and subscribe to his RSS feed.