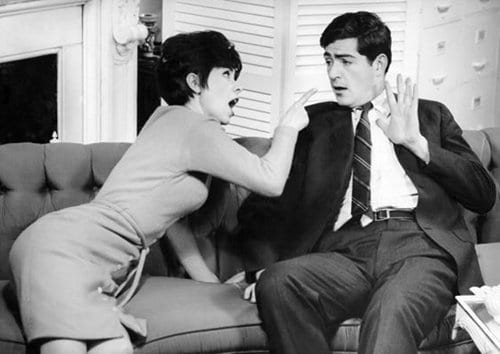 You’ve probably had a friend who started dating a woman that really made you scratch your head. She was flaky, possessive, and high-drama. Everyone could see that the gal was toxic and really bringing your buddy down…everyone, that is, except your buddy.

You tell yourself, “That would never happen to me.”

But then it does.

What gives? How do people end up in unhealthy relationships despite warning signs that their partner was bad news to begin with?

Using MRI machines, researchers at the University College London found that “feelings of love lead to a suppression of activity in the areas of the brain controlling critical thought. It seems that once we get close to a person, the brain decides the need to assess their character and personality is reduced.”

Not only does romantic love suppress our critical thinking, but feel-good chemicals and hormones like oxytocin and dopamine cloud our judgment even more. Love truly gives us a drug-like “high,” and it feels so good that we simply ignore the red flags waving right before us. If by chance you do take notice of a gal’s negative behavior or attitude, you’re likely to minimize it, writing it off as a cute quirk, or telling yourself, “Oh, it’s not that bad. Besides, maybe I can be the guy to help her improve.”

Don’t fool yourself.  You can’t force your partner to change; the change has to come from within. Also, problems that you notice at the beginning of a relationship tend to amplify themselves as the relationship deepens. Or as marriage expert Dr. John Van Epp says in his book, How to Avoid Falling in Love With a Jerk, “The good doesn’t always last, and the bad usually gets worse.”

“Well,” you say, “I’m a manly man, dammit. I don’t let my emotions get the best of me in a relationship. I always think rationally.”

Hold on there, chief. Some research actually indicates that men, particularly men in their mid-twenties, “typically fall in love faster than women and are the first to take the lead in saying words of love in the initial stages of the relationship.” Women, on the other hand, are generally more apprehensive in the beginning stages of a relationship. In other words, just because you’re a dude, doesn’t mean you’re not susceptible to love blindness.

Knowing that your judgment is clouded, it’s important to enter any serious relationship with both your head and your heart. You need be able to distance yourself from the powerful emotions you’re likely feeling in a new relationship so that you can notice any red flags that might indicate that you’re destined for a relationship from hell. This is doubly important if you’re considering marriage.

But what sort of red flags should you be on the lookout for? While every man has his own personal relationship red flags or deal breakers, psychologists and marriage experts have found there are a few general red flags you should be aware of. Most of these are patterns of behavior in your partner that will likely (not definitely) result in a troubled relationship down the road.

Because people are usually on their best behavior at the beginning of a relationship, some of these red flags won’t appear for awhile. According to Dr. Van Epp, it’s usually around the three-month mark that deep-seated patterns start to manifest themselves. This delay is why he and other relationship experts recommend that you take romantic relationships nice and slow.

Below are some of the common red flags that researchers and therapists recommend you look for in a relationship.

1. She’s a self-proclaimed “Drama Queen.” Beware of women who not only proclaim themselves to be Drama Queens, but also revel in the role. Drama Queens often swing from one emotional extreme to another; when life seems a little boring or flat, they’ll go out of their way to stir up a controversy. They’re often impulsive and demand to be the center of attention all the time. What’s interesting is that Drama Queendom isn’t just a character defect, it could actually be a psychological disorder called “histrionic personality disorder.” Who knew?

Drama Queens can be very alluring and attractive in the beginning of the relationship because of their seemingly outgoing and often seductive personalities. But the shtick gets old after a while and constant drama in a long-term relationship just makes people miserable.

2. You can’t stand any of her friends. You don’t need to be “besties” with her friends, but if the thought of spending an hour with one of them makes you want to jump in front of speeding traffic, then you might have reason to be concerned about your relationship with your gal. There’s wisdom in the old adage, “Birds of a feather flock together.” Your significant other likely has a lot in common with her friends — similar interests, temperaments, and beliefs. Because you’re not in love with her friends, you’re more likely to notice their annoyingly grating behaviors and attitudes. But because you’re infatuated with your gal, you’re likely ignoring or overlooking these same behaviors and attitudes coming from her.

Thus, if you can’t stand being around her friends now, there’s a chance you’ll feel the same way about your partner later. Don’t be surprised if your girlfriend is just like her annoying friend after the “Fog of Love” dissipates.

3. She says ALL her exes are jerks. There’s a possibility that every man she’s ever dated was indeed a jerk. If that’s the case, what does that say about her judgment, and what is it about her personality that draws her to losers? And that also means you’re probably a jerk too, as people tend to follow the same scripts and patterns across relationships.

The more likely scenario is that some — but not all — of her exes were jerks and she’s downplaying her role in the relationships going sour. This scenario is just as troublesome – as it shows a lack of self-awareness and an unwillingness to take responsibility. We all know folks who got fired from a job, received a bad grade, or got dumped because their boss was jealous, their professor was out to get them, and their girlfriend was nuts. It’s never their fault. Avoid relationships with this type of person like the plague.

4. She’s a flake. We all know that trust is an important aspect of a strong, healthy relationship, and it’s hard to trust someone who flakes out on you all the time. Watch to see if your gal follows through on her commitments in all aspects of her life. If she’s a flake with her employer, friends, and family, chances are she’s going to be a flake with you.

5. She treats waiters like crap. You can glean important information about a person from the way they treat strangers, especially those in a “server” role like a waiter, barista, or bank clerk. Psychologists have found that the way an individual treats strangers is often an indication of that person’s empathy, social conscience, and maturity of moral thinking — the same attributes that marriage and relationship researchers have found to be essential for healthy relationships.

6. She expects to be treated like a princess. When one person comes into a relationship with a sense of entitlement and expectation that his or her needs should always come before the other person’s, resentment, contempt, and anger are usually the results. Be on the lookout for subtle and overt clues that your partner has the “princess” mentality. (Hint: She has the word “Princess” stitched on the butt of her sweatpants.)

7. You argue all. the. time. There’s nothing wrong with conflict in a relationship. It’s completely normal, and in fact healthy at times. But if all you do is argue, then there’s a problem. Researchers have found that for a relationship to be happy, the ratio of positive to negative interactions needs to be 5:1. If your ratio is inverted, you’re going to be miserable. And don’t try to convince yourself that once you get more serious, things will get better. The first couple years are the honeymoon period! If things are already bad in the early stages of a relationship, you’re in big trouble.

“What you want to see is a partner who quickly admits to wrong because the feelings of guilt register without much defensiveness or denial. Long arguments where you have to convince your partner that he or she was wrong or should feel guilty are a definite reason to worry,” says Van Epp.

Of course, there are cases where the apple truly does fall far from the tree. If her family is nuts or abusive, her distance is understandable and likely a good thing.

11. She’s not flexible. Marriage and relationship experts have found that flexibility — the ability to go with the flow and adapt to changing circumstances — is an important attribute for relationship success. If your girlfriend is never willing to compromise or gets frazzled when plans change or things aren’t exactly the way she wants them, there could be problems with your relationship down the line.

How do you know if your gal is the roll-with-the-punches type? Go on vacation together – ideally to a third-world country where things will invariably not go as planned. Or, just as good, take her camping. She refuses to go camping – even once? That’s a big red flag in itself – at least in my book.

13. She’s violent. Did you know that women are at least as likely, sometimes even more likely, than men to initiate domestic violence? Sure, her punches may not hurt you, but if your girlfriend gets violent when you argue, that should be a bright red flag that you need to end the relationship. There’s some underlying emotional issues there, and if she did it before, she’ll likely do it again. Don’t shrug it off – slapping can escalate into the use of weapons.

14. She’s stingy with the appreciation. Feelings of appreciation keep a relationship strong and running smoothly. One of the things I love about Kate is no matter how many times I’ve done a run-of-the-mill chore or how small a favor, she always remembers to take notice and share her appreciation. If your girlfriend rarely notices and thanks you for the nice things you do, such stinginess will eventually run your ship of love onto the rocks.

How Do You Know If She’s the One?
Finding Your Right Gal

Also, listen to my podcast about how to spot red flags in a relationship: 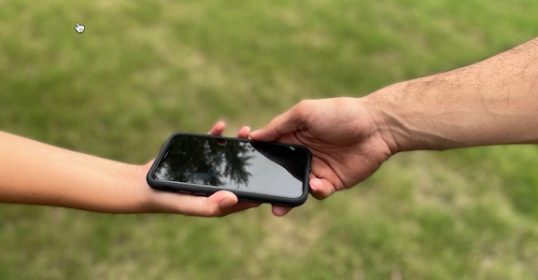