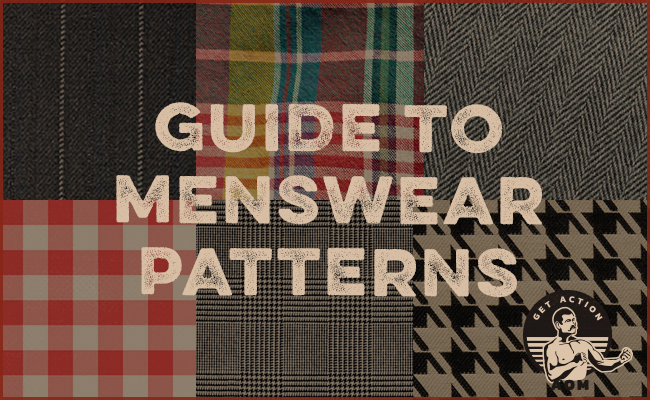 But when used properly, patterns can add variety to an otherwise ho-hum wardrobe and some nice texture and visual interest to an outfit.

Below we offer a guide to 10 of the most common fabric patterns you’ll find in menswear. It will help you get familiar with the categories these patterns fall into, identify them on sight, and understand a bit about when, where, and how they’re used. 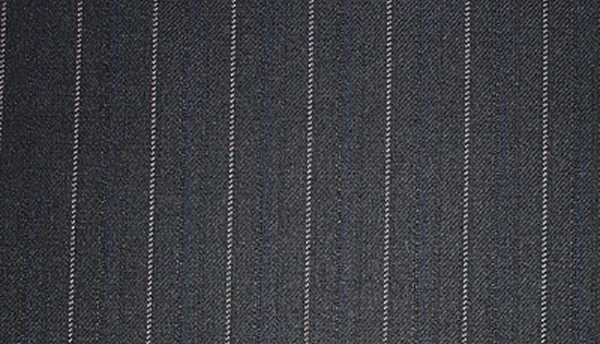 A traditional fabric pattern for business suits. Pinstripes are narrow stripes. Typically the lines are white, but you’ll also see gray. The continuous flow of the pinstripe pattern draws the eye up and down, which elongates your silhouette, and can help make a shorter man appear taller. The thinness of pinstripes can also help draw attention away from the midsection, thus making a larger man look slimmer (note, though, that stripes that are thicker, less defined, and further apart — known as “chalk stripes” — can actually make your midsection look bigger). If you’re a tall, lanky guy, you might not want to accentuate those qualities with pinstripes.

Given their association with 1920s gangsters, 1980s Wall Street sharks, and general sociopaths, pinstriped suits and shirts are more difficult, though certainly not impossible, to pull off.

A checkered pattern consists of stripes crossing horizontally and vertically to create squares. There’s a surprisingly large number of patterns that are considered checkered. Below, we highlight the most common ones you’ll see in men’s clothing. 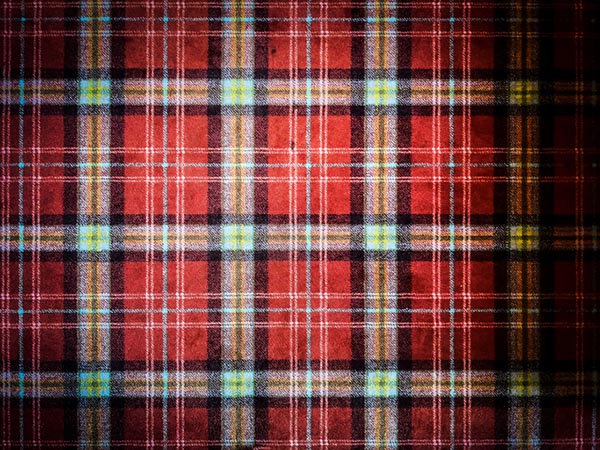 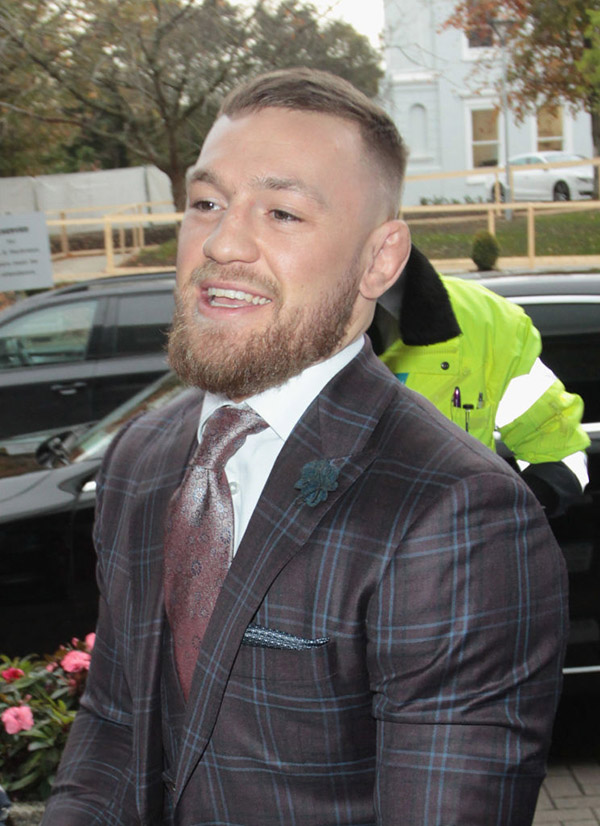 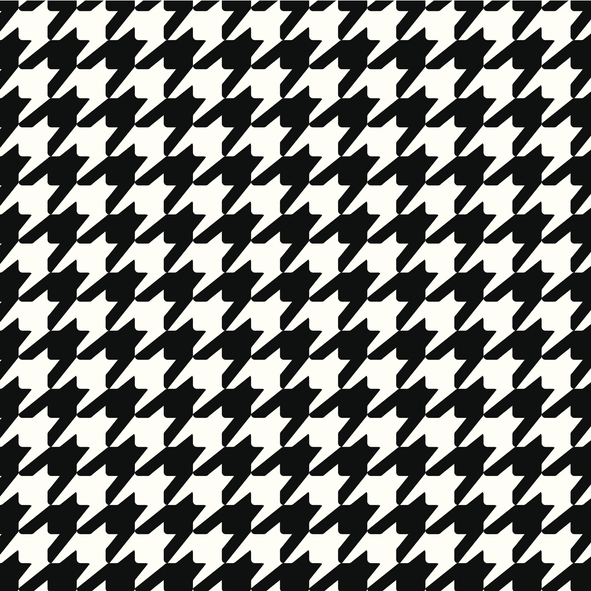 Houndstooth seems to fit less in the “checkered” category, but as the “tooth” shapes still form lines and “squares,” it is categorized as such.

The checks that make up the houndstooth pattern are broken/uneven and pointy-shaped (like a hound’s tooth). The traditional houndstooth pattern is black and white, and kept small in scale, but you can find it in a variety of colors, and see larger versions of the pattern on bold statement pieces. It’s traditionally associated with tweed, and something you’ll often see on overcoats and sport jackets. 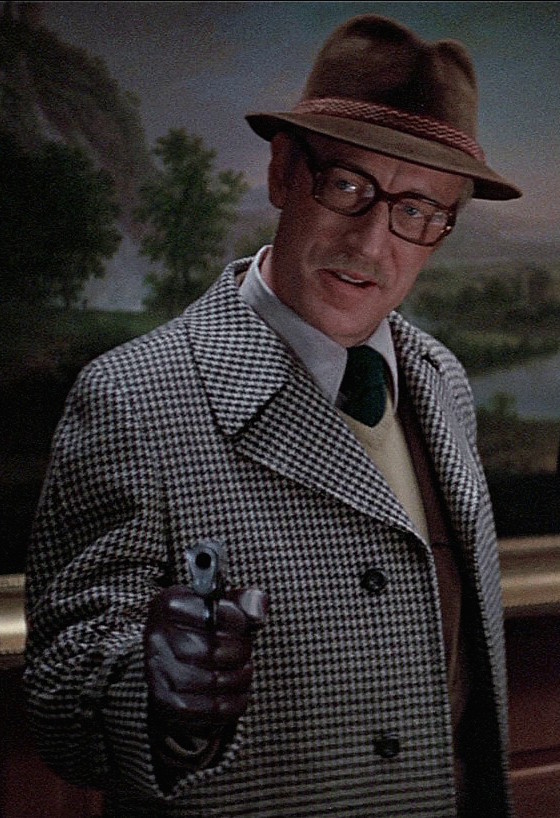 Example of a black and white houndstooth overcoat from Three Days of the Condor. 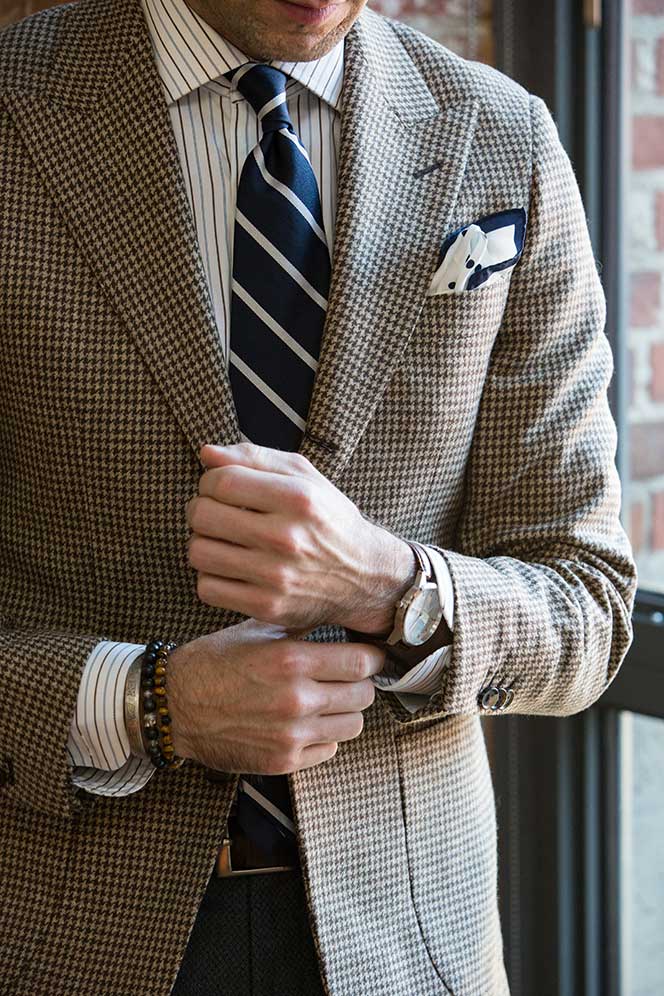 Great example of brown-toned houndstooth blazer from He Spoke Style. Check out his guide on how to wear houndstooth. 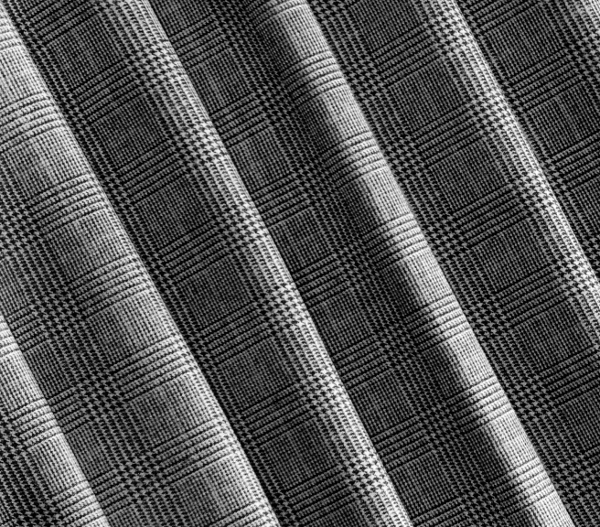 Also known as glen plaid or Prince of Wales check (King Edward VII helped make it famous). The pattern sports bands of closely spaced lines which criss-cross. At the center of these crosses sits a square of houndstooth. Glen check is a very common pattern used in suits, and makes for a look that’s conservative, but more interesting than a solid color. 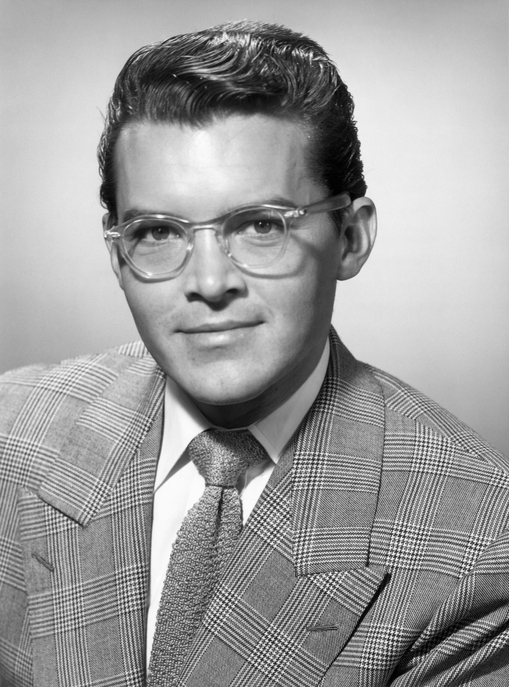 Vintage guy showcases a great example of glen check, as well as a cool knit tie and glasses. 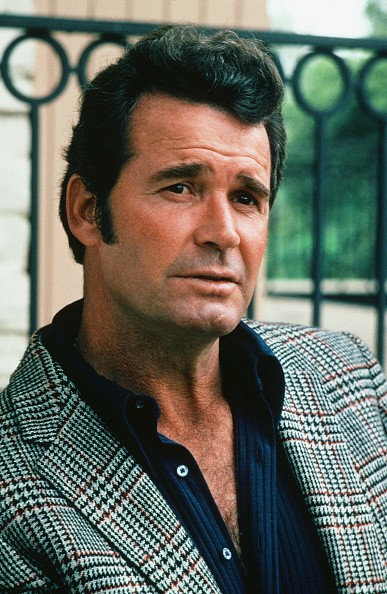 The glen check pattern is usually a combination of white and some other muted color like black or gray. But it can include pops of color, as James Garner (playing Jim Rockford) shows here. 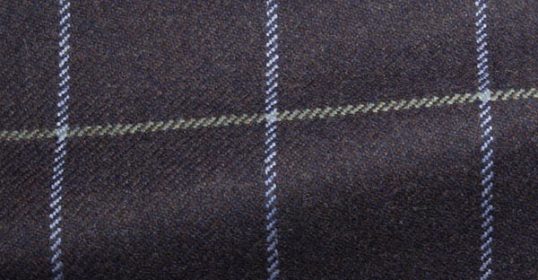 Pattern that resembles, you guessed it, windowpanes. The checks in this pattern are widely spaced, and flatter most men’s heights and body builds. It’s a bold pattern suitable for classy, but not super formal affairs. Windowpane is a typical pattern you’ll find on dress shirts. You can also find suits that use a windowpane pattern. They’re easy to match a tie with; pick one that complements the colors of the windows’ “frames.” 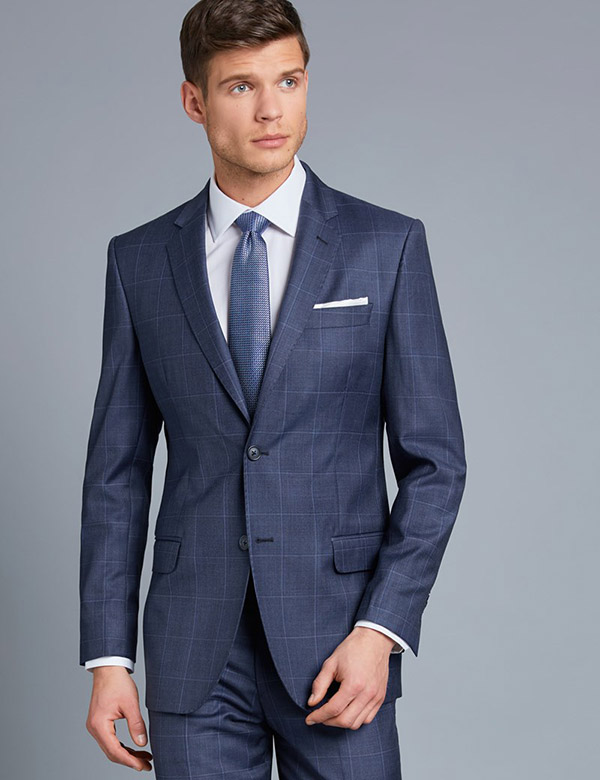 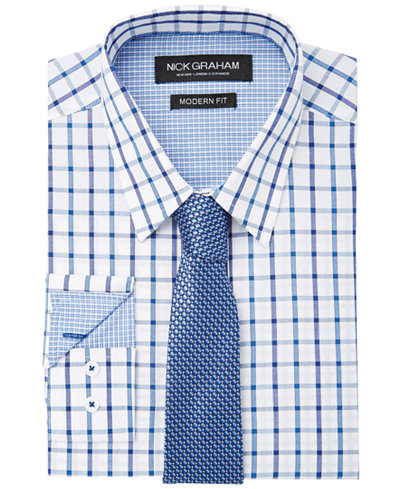 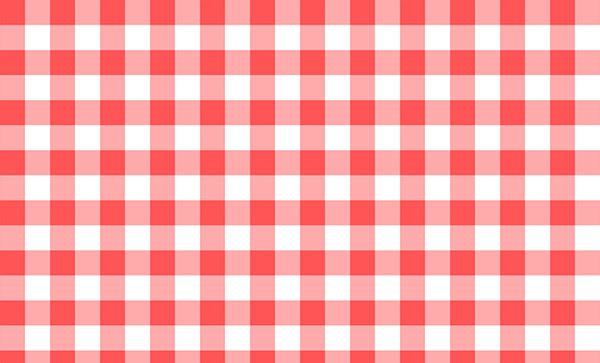 The pattern that makes you think of summer picnics. Gingham originally referred to a certain kind of fabric, but now commonly describes a type of checkerboard pattern that is distinguished by even-sized squares of a single color on a white canvas. Great pattern for a casual button-down shirt. Or napkins stuffed in your collar while you eat spaghetti. 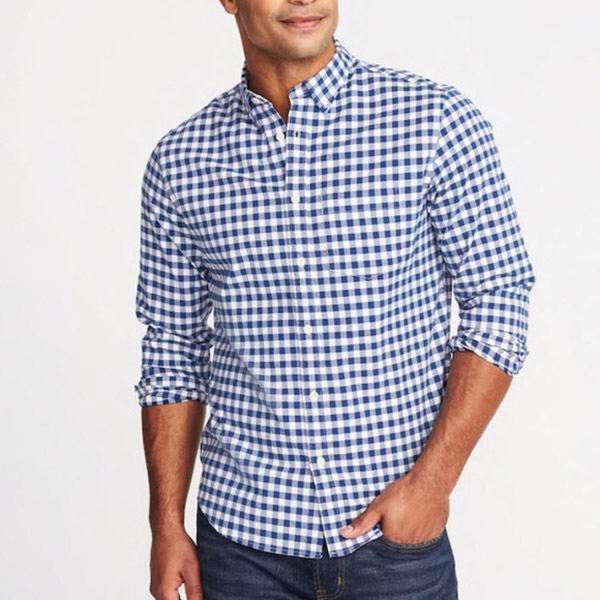 Gingham shirts are an easy way to level-up your casual summer style. 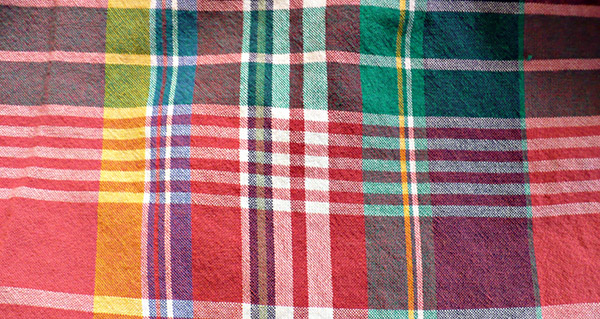 Madras refers both to a type of lightweight cotton fabric, and to the pattern this fabric bears. Madras can take the form of a plaid, in which the horizontal and vertical stripes of color are often brightly colored, of varying thickness, and unevenly spaced. Madras can also take the form of squares/patches of plaid of various designs, which have been stitched together in a bold, busy kind of “quilt.” Given their color and boldness, madras patterns are appropriate for casual, summer wardrobes. It’s a popular warm-weather pattern amongst the “preppy” set, and something you’d wear to the Kentucky Derby. 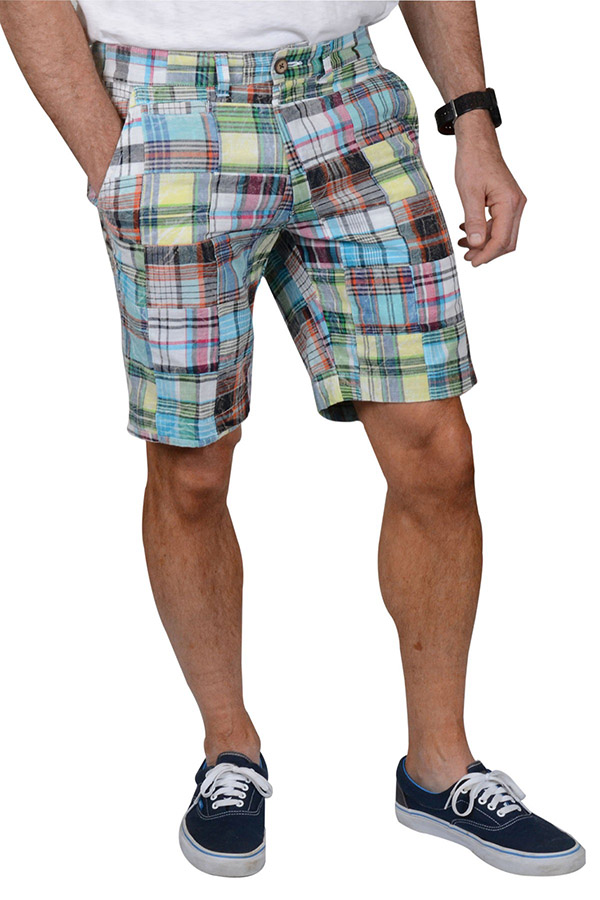 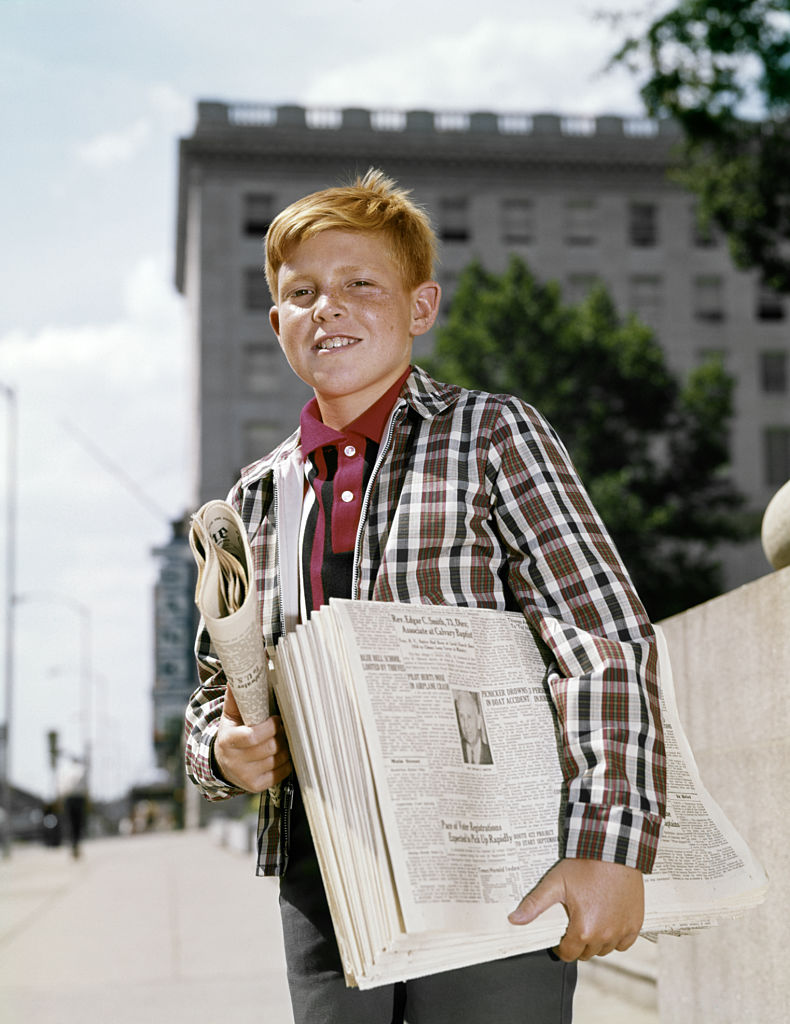 Madras jackets were the rage in the 1960s amongst college preps, and plucky paper boys.

The following fabric patterns aren’t checks or stripes and are categories in and of themselves.

Known by its distinctive v-shaped weaving pattern in which slanted lines alternate directions between parallel bands. It’s called “herringbone” because it’s supposed to resemble the skeleton of a herring fish. The pattern is usually seen in wool fabrics. It’s a popular pattern for casual jackets and coats, looks both rugged and professorial, and pairs nicely with jeans. 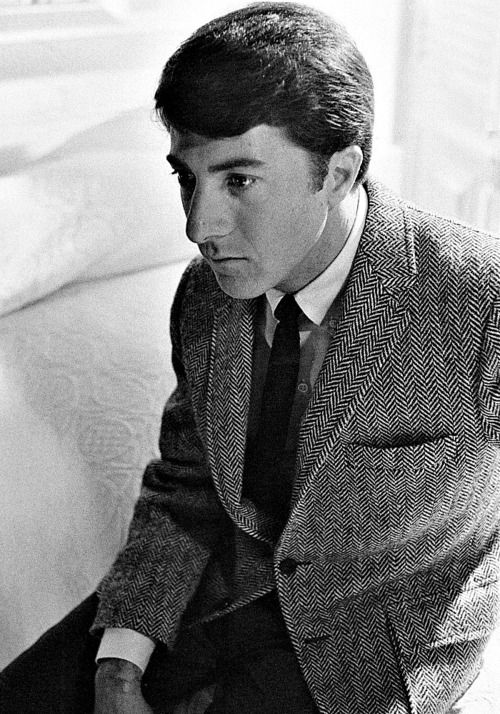 Dustin Hoffman donned a handsome herringbone jacket in The Graduate.

Bird’s eye on the left, nailhead on the right

Bird’s eye and nailhead are simple patterns that make matching other garments easy, as from a distance, they look like a solid color. But when you get close, you notice the fabric has a pattern of tiny textured dots. Bird’s eye sports more of a rounded dot, while nailhead has a squared-off dot. Great fabric for a suit or sport coat.