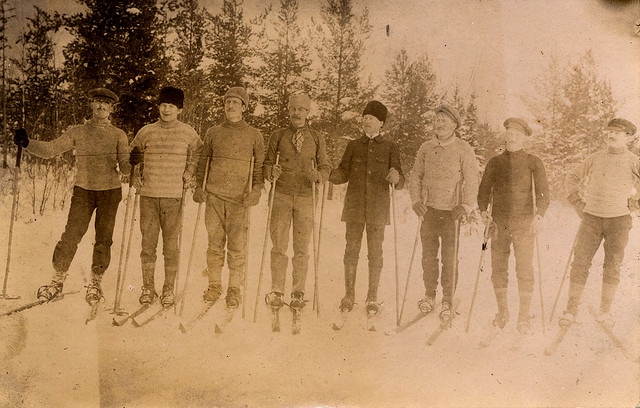 I remember being told as a kid that it was important to wear a hat in cold weather because 80-90% of your body heat escapes through your head.

As it turns out, this isn’t true — I was fed a load of bull. You don’t in fact lose more heat from your head than other parts of the body. Studies conducted by the US Army cold weather research labs clearly show we lose heat evenly across the surface of the body (with some variation in the neck and head when you start to exercise, although this regulates itself within minutes).

But hats still play an important role in your winter dressing getup. The key to effectively keeping warm is protecting all of your skin. Instead of piling on a sweater, vest, and jacket, but leaving everything bare from the shoulders on up, aim for even coverage from head to toe.

Not only do hats add to your overall comfort in cold temps, and protect your face and ears in freezing conditions, they can also impart a great deal of handsome style to your appearance when you’re out and about.

Hats are available in a variety of styles, and this article is designed to expose you to a wide range of winter headwear options. 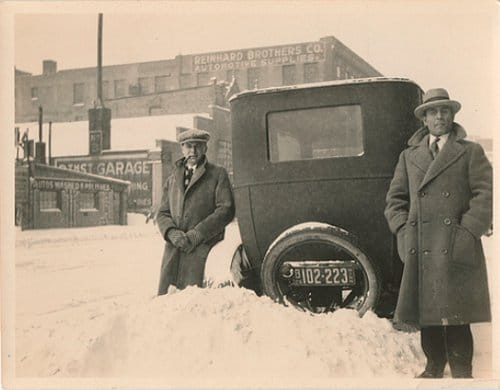 Before you pick a style (or several styles — there’s nothing wrong with having a selection of hats in the closet), know what’s going to work for you in different settings and situations.

In addition to color, the style of the headgear affects where it can and can’t be worn:

Most men own at least two options: a thick, practical cap for day-to-day existence outside in the winter, and a more formal, less-warming dress hat for short walks between transportation and a dressy setting like work or theater.

Now that you’ve got the basic rules on winter hats down, let’s take a quick look at some of your options:

There are probably more names for this piece of headgear than there are for any other. Depending on where you live, it might be called a tuque (pronounced “took”), a beanie, a stocking cap, a bobcap, a burglar cap, or a sock cap. The phrase “watch cap” has military origins, and is still used in some official military dress codes. 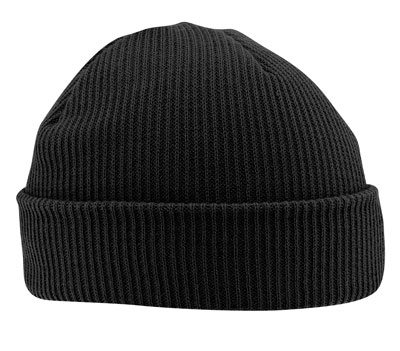 Regardless of name, the stocking cap is defined by a few basic features:

The fit can vary from completely snug against the scalp to loose and piled atop the head. The former, a “skullcap” sort of look, is generally considered more masculine, while the softer, looser style is gender-neutral and worn very commonly by both women and men. 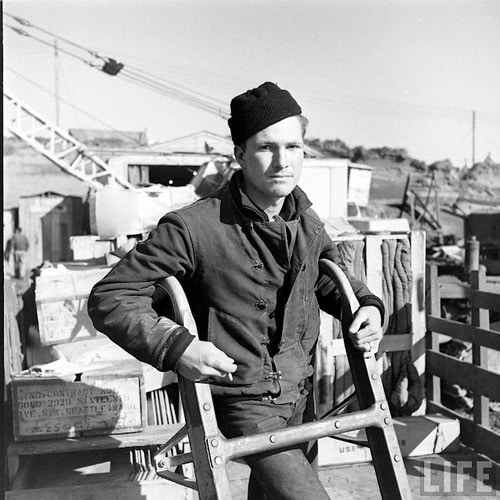 A few tuque-style hats have a small, soft, crescent-shaped brim, which has become popular with snowboarders. Others have pom-poms, tassels, or other decorations.

Stocking caps make great practical winter wear, especially if they have a folded brim that puts a second layer of fabric over your ears. Snugged down, they’re intensely warm and water-insulating, and they can be taken off and stuffed into a pocket without any concerns about wrinkling or crushing. 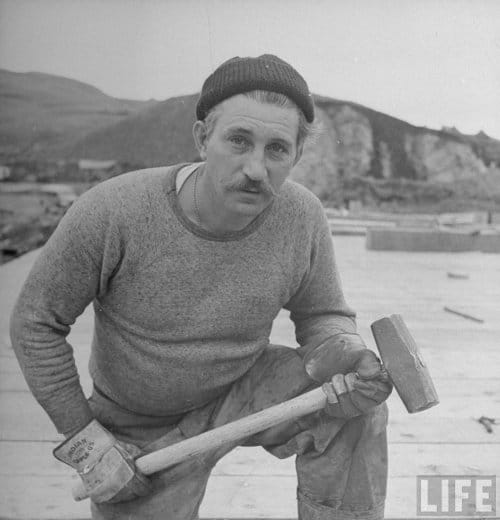 When selecting a material, I prefer wool for insulating warmth, but synthetic specialty watch caps made with water-wicking properties are very useful when hunting or exercising outdoors.

A variation of the watch cap is the South American Chullo. Traditionally made from alpaca wool, this watch cap has ear flaps and a string to tie around the chin. It is often decorated with intricate designs or patterns, and variations of this style have been worn in the Andean Mountain region for hundreds of years. 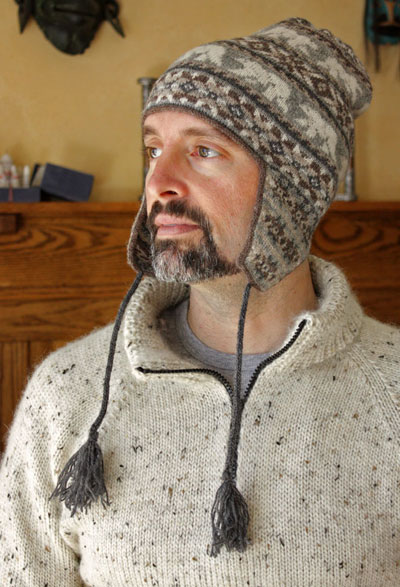 By their very nature, watch caps are not formal — leisure and practical use only — and wool ones, which are the warmest, need to be hand-washed and air-dried when they inevitably get sweaty. Cotton caps can be laundered, but aren’t as warm and don’t provide much moisture protection, making them more of a fall/spring hat than serious winter gear.

That being said, when it is really cold outside I wear my watch cap with an overcoat and suit. Formality rules go out the window when practical function is needed!

The biggest drawback of the stocking cap style (minus the Chullo) is its incomplete coverage: the lower part of the ears is left bare, as are the cheeks and chin.

An ushanka, also called a trapper hat, chapka, and sometimes “Elmer Fudd” (after the iconic Loony Tunes character) solves the problem by adding two flexible flaps, one on each side, with a string or leather tie that can connect them either beneath the chin or on top of the hat. 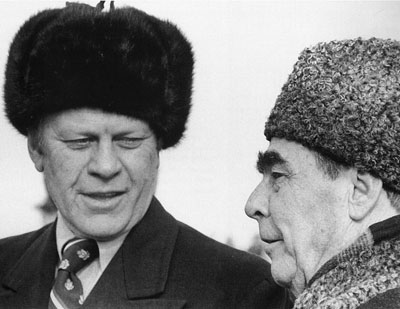 There are a variety of styles, but any good ushanka (from “ushi” or “ears in Russian)/trapper hat should include the following:

Most are brimless, but some styles include an “eye flap” or small visor that keeps the forehead warm and shades the tops of the eyes. 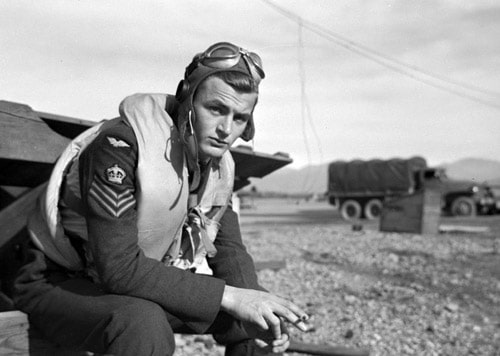 Aviators caps developed at the dawn of manned flight, as pilots in open cockpits needed to keep their ears and heads warm. Even as the cockpits of planes were closed, their popularity continued through WWII, up until jets necessitated the use of a helmet. Aviator style caps, sometimes goggles and all, were popular with boys of the 1950s, for whom the pilots of the Big One were heroes. 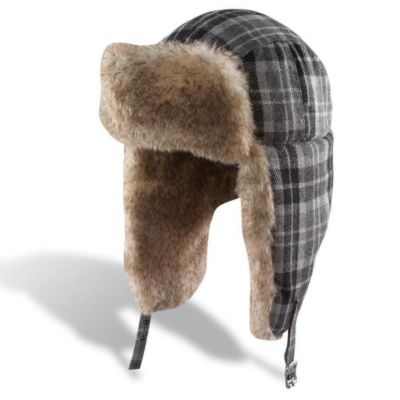 “Trapper hats” are a sort of hybrid between the aviator cap and the ushanka — they combine the style of the former with the furriness or the latter. Warm, but rather goofy looking, they’re best left for spending time in the great outdoors, and, of course, performing the woodsman workout.

An ushanka is one of the warmest winter options, and also one with a bit more style than the stocking cap. Because of their long military usage (predominantly Soviet), we associate them more with long overcoats than we do stocking caps, making a dark-colored ushanka a comfortable match for a wool dress coat. 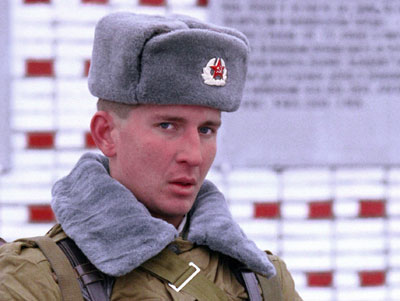 Lighter-colored furs are generally considered more feminine (unless military), so try to stick to darker colors, and be aware that real fur may draw protest from animal rights-inclined individuals. These days, synthetics can pile thicker and dry faster than even the best hides anyway, making a real fur hat more of a luxury and a political statement than a practical necessity.

“Astrakhan” is the Russian word for the pelt of a young Karakul lamb (a breed of sheep native to Central Asia). It is harvested at, or just after, birth (or sometimes shortly before), when the hair is still black, soft, and very tightly-coiled, creating an incredibly dense mat.

Different cultures have adapted the wool into different styles of hats. A flat, round-topped version with a doubled-up brim was popular among Soviet Politburo members — these days we call the style an “ambassador hat,” but the Russian slang term for it means “pie-hat,” from the flat, round shape. 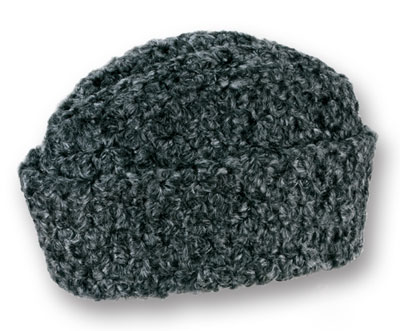 In Pakistan and northern India, a slightly higher style with a single crown is called the “Jinnah cap,” after the founder of Pakistan, Muhammad Ali Jinnah. A similar style with a triangular shape has been worn traditionally in Afghanistan for centuries; President Karzai often appears publicly in one. 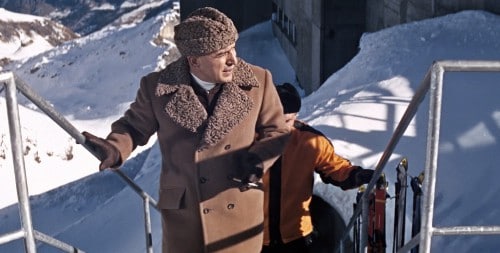 Astrakhan hat and trimmed coat — no Bond villain would leave home without it.

The high, wedge-shaped wool hat worn by the Royal Canadian Mounted Police in the winter is also sometimes improperly called an “astrakhan,” even though it is usually not made from Karakul pelts. It does, however, bear a strong resemblance to the traditional Afghan Karakul hats, which is probably where the nickname came from.

Any of these versions are warm, but still appropriate to wear with anything, even up to business attire. They have a non-Western flavor that may appeal to more unique fashion senses, and can of course be had in synthetics nowadays for those who feel uneasy wearing fetal lamb’s wool on one’s head. 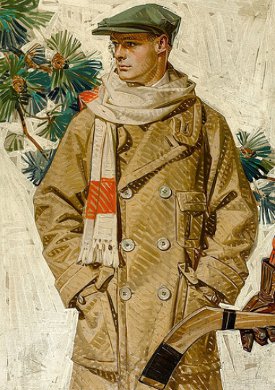 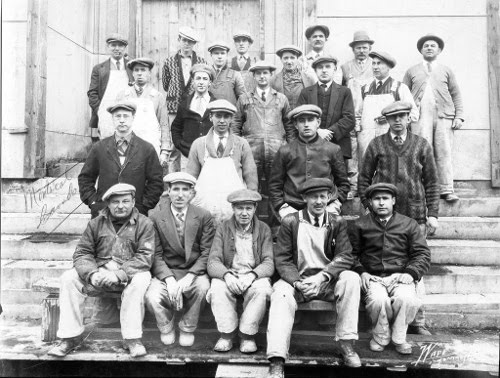 Flat wool caps with a short brim are a go-anywhere style. For the winter months, they can be worn in thicker wool. 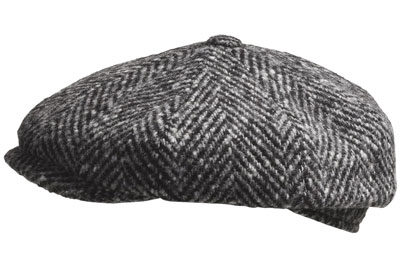 These are basically indistinguishable from the fall/spring styles, apart from the thickness, and are great for someone who wants to look stylish during a short trip outside. In the bitter cold, however, the lack of ear, cheek, or neck protection makes them an insufficient source of warmth for any real length of time. 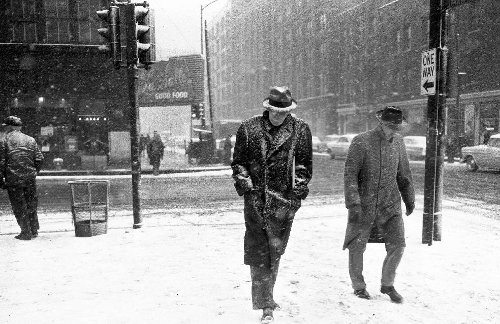 Various styles of dress hat (fedoras, homburgs, bowlers, etc.) come in thicker felts for winter wear. Some modern styles have incorporated a semi-circular ear warmer in the same color as, or in a complementary pattern to, the hat, that is either tucked up inside the crown or detachable, allowing the basic dressy style to be retained without sacrificing ear protection. 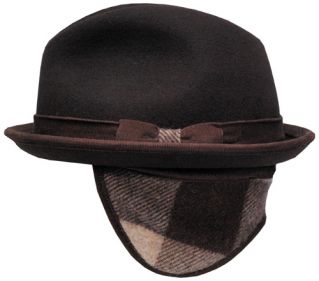 These are, in general, your best option when you need to look dressy in the winter. The ear warmers ruin the image a bit, but modern designs are really quite discreet, and you can pull it off if you’re bold. When you really need to look sharp (appearing in front of a camera, etc.), tuck the flaps up or detach the liner, though — the plain hat on its own is still the top dress standard.

There are some great options out there in military surplus stores, especially from the armed forces of Scandinavian and other cold-climate countries. 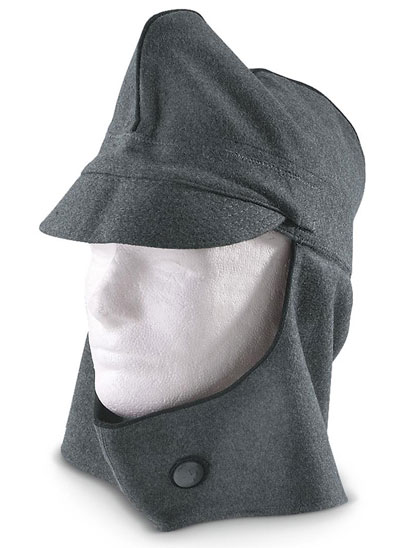 These tend to be unique and functional. The styles often look strange to American eyes — as in the case of the Swiss garrison hat, which has a high front peak (to break the wind), a soft brim (to shade the eyes from snow-reflected sun), and buttoning ear flaps that overlap to enclose the neck as well.

If you’re looking for something both different and high-performing, keep an eye out for anything from forces like the Royal Swedish Navy, Norwegian Army, etc. 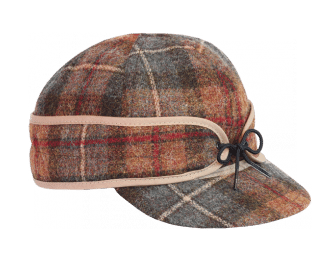 The Stormy Kromer hat originated from a train engineer of the same name. Kromer needed a hat that would keep his head warm and wouldn’t blow off when he stuck it out the train window. In 1903, he asked his wife to modify a ball cap to fit more snugly, and she came up with a six-panel design intended to keep the hat in place in even the fiercest of winds. Unique from the fedoras of the day, but well-suited to the job, the hat took off with other railroad workers and an American company was born. Today, Stormy Kromer hats are still hand-sewn in the US, and make for distinct and classic casual headwear.

In addition to hats, there are of a few other options for keeping the top of your body warm during the winter:

It’s not necessary to own all of these. A man with several scarves, for example, may not have much use for a neck gaiter — though the gaiter is more portable, and tucks easily into a pocket in a way that a scarf doesn’t.

The key is to know your options and to pick a few that work best for your wardrobe. Don’t get stuck relying on the same worn-out stocking cap all winter long. It doesn’t look good with your dressier clothing and you’re cheating yourself of both warmth and style.

Watch a Video Summary of This Article

Written by: Antonio Centeno
Antonio has hundreds of free style video – check them out here.