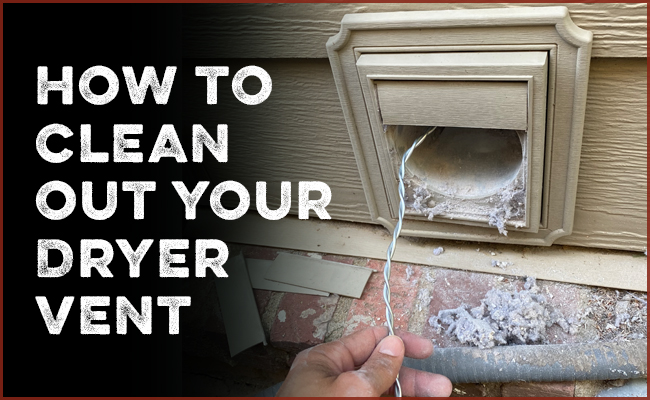 Last year, we noticed that our clothes would take a lot longer to dry in the dryer. After the typical drying cycle would finish, our clothes would still be damp, and would have to be put through another go round.

Before calling a repairman, I did some Google sleuthing and learned we likely had a blocked dryer vent. When you run your dryer, it releases excess hot air to the outside. This is why you can smell fabric softener wafting from some of the homes in your neighborhood. It’s coming from the dryer vent.

Lint can catch a ride with the hot air that flows from your dryer and clog up the vent that connects the dryer to the outside. That’s what had happened in our case; I just needed to clean the vent out, and we’d be back in business.

It’s an easy job and can be completed in less than 30 minutes. You should do it every six months or so to avoid heavy build-up. Regularly cleaning out your dryer vent will give you drier clothes in less time, save you money on your electric bill, prolong the life of your dryer, and even prevent a house fire. (Fast fact: According to FEMA, 2,900 fires are caused by home dryers each year in the U.S. and cause an estimated five deaths, 100 injuries, and $35 million in property loss).

Here’s how to clean out your dryer vent. Get the job done this weekend. 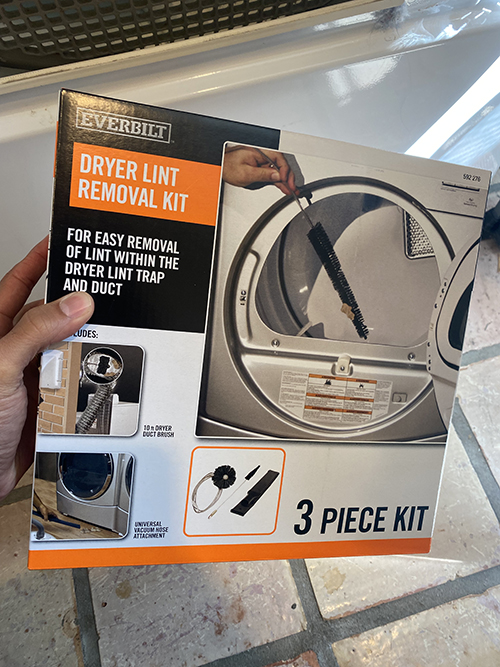 You can buy dryer-duct snake brushes that can be attached to your power drill. I’ve used one of these before and didn’t think there was much difference in effectiveness between it and the manual brush.

Clean Out the Lint Trap 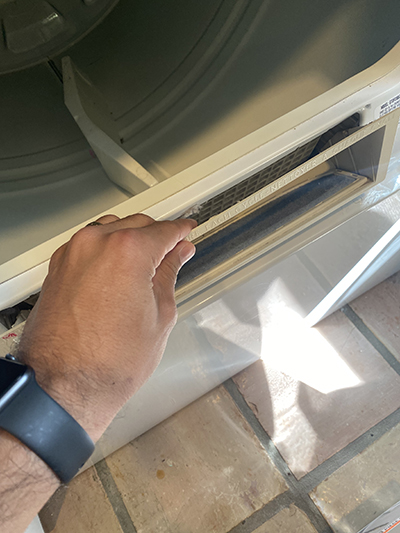 Open up your dryer door and remove the lint filter. 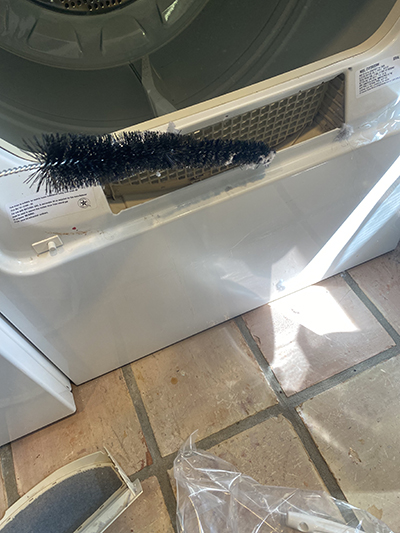 Take your lint trap brush and brush out the lint trap. 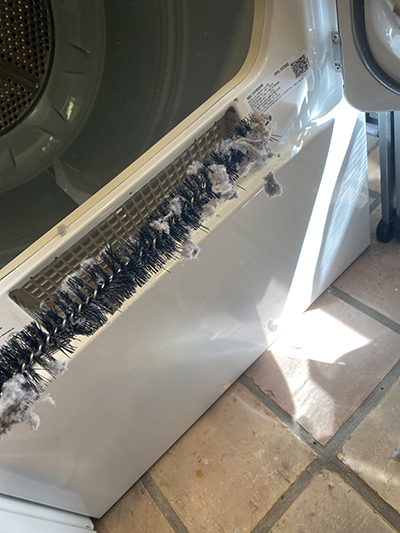 You’re going to find big lumps of lint sticking to the brush. Remove that lint and keep brushing out the lint trap until your brush comes out clean. 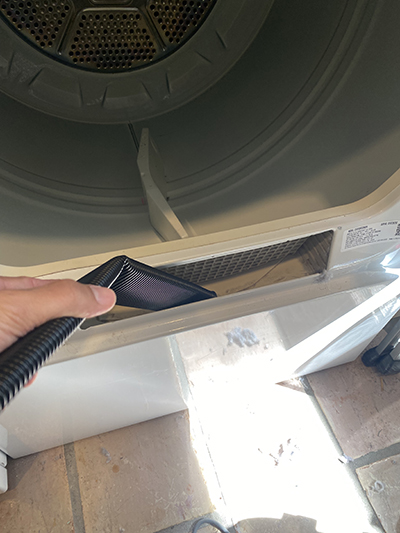 Next, put the vacuum attachment on your vacuum and vacuum out the lint trap. We’re aiming to get the small stuff that our lint brush didn’t pick up.

Once you’re satisfied with the cleanliness of your lint trap, replace the lint filter. Time to move to the back of the dryer.

Clean Out the Interior Vent Duct and Back of the Dryer 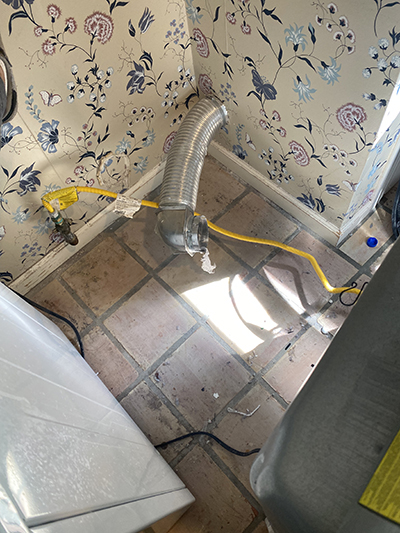 Pull your dryer from the wall and disconnect the power cord and the duct that connects your dryer to the dryer vent. 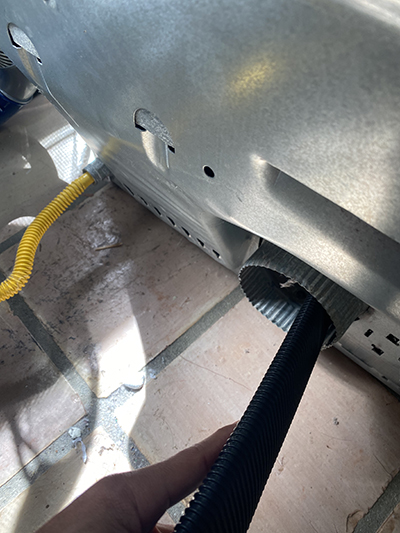 Use your lint brush and vacuum to clean out your dryer’s exhaust. 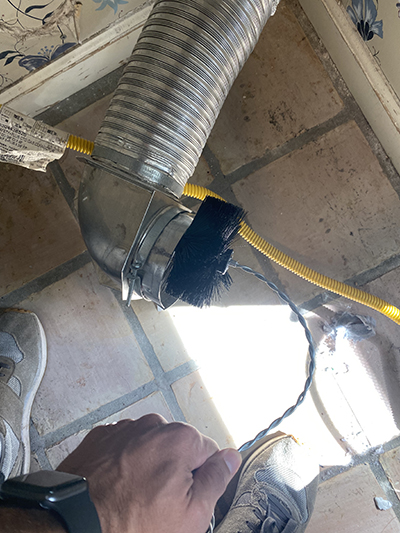 Next, turn your attention to the duct that connects into the vent hole on the interior side of your wall. Grab your snake brush and stick it in there as far as it can go. Spin it around a few times. Pull it out. You’ll likely have globs of lint on your brush. Remove the lint and stick the brush back in. Spin. Pull out. Repeat until you no longer have any lint on your brush when you pull it out. 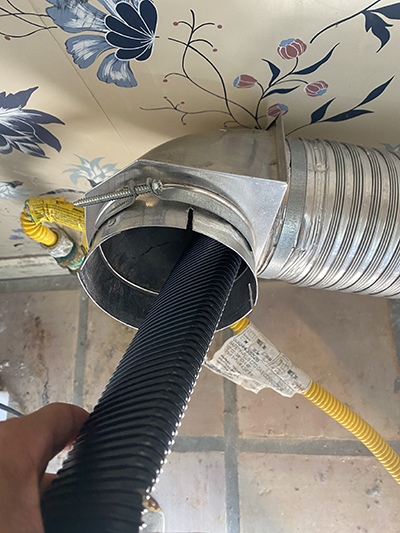 Vacuum out the duct with your attachment.

If you want, you can remove the duct from the vent hole on the wall; it will allow you to get further up the vent with your brush and vacuum. I didn’t want to because detaching and reattaching my duct is a pain in the butt. I still got plenty of lint out.

While you’ve got your dryer pulled out from the wall, vacuum all the crap behind it. It gets pretty messy back there.

Reconnect the duct to your dryer, plug the dryer in, and push it back to the wall. Time to move outside.

Clean Out the Exterior Vent Exhaust 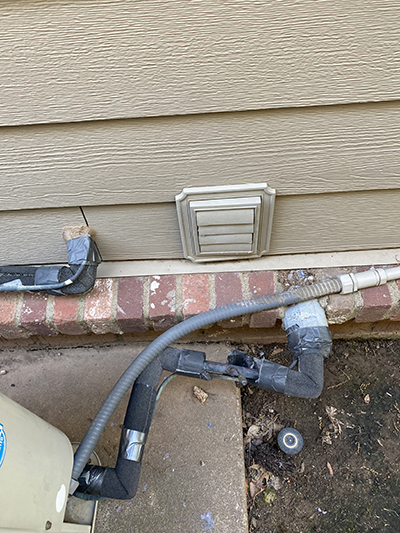 But the dryer vent goes straight up and exits out on the roof in some homes. These types of set-ups are trickier to clean on your own. You’ll probably want to call an expert to do the job, and the service will set you back about $100. 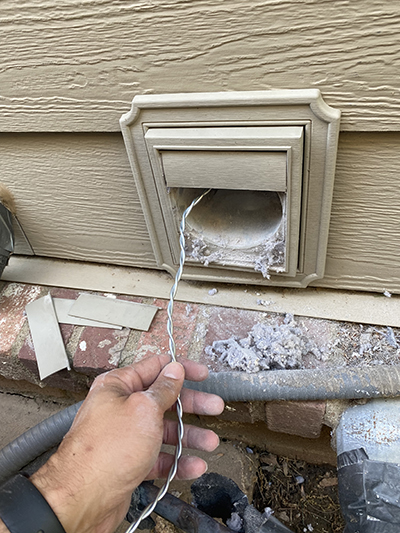 Once you’ve located the vent’s exterior exhaust, remove any covering flaps and stick your snake brush inside it. Repeat until you no longer have any lint on your brush when you pull it out. 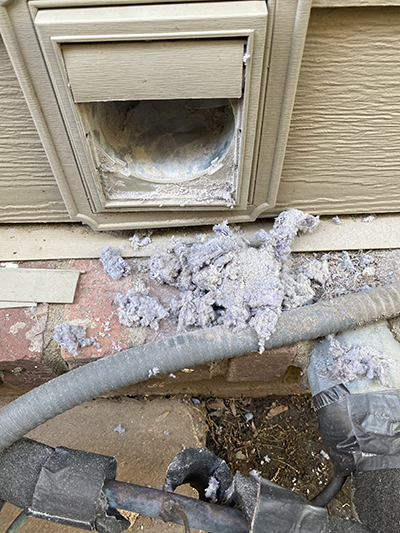 Do a test run on your dryer to ensure everything is working correctly when that’s done. 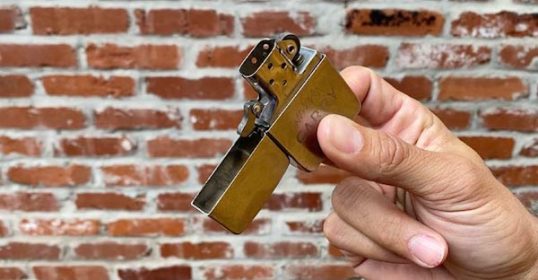 How to Do the Zippo Snap