Several years ago we published an article about famous “mastermind groups” from history. One of them was a group of British scholars called The Inklings. From this group came two of the 20th century’s most famous English writers: C.S. Lewis and J.R.R. Tolkien. After I first learned about the Inklings, I wanted to dig deeper into this male-only writer’s club to find out more about each individual and the group’s effect on their respective lives and careers. In The Fellowship: The Literary Lives of the Inklings, husband and wife team Philip and Carol Zaleski profile the four most prominent members of the Inklings (Lewis and Tolkien, along with Owen Barfield and Charles Williams), how the group started, and how its dynamics changed over its 30-year history.

In today’s podcast, I talk to Philip and Carol about the history of the Inklings and what we can learn from them about forming our own mastermind groups. 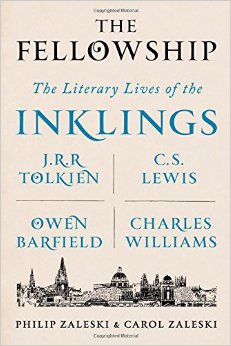 If you’re a fan of C.S. Lewis and J.R.R. Tolkien, I highly recommend picking up a copy of the The Fellowship. Not only will you get some great detailed biographies about their respective lives, you’ll also learn how all of the members of the Inklings influenced each other’s thinking and writing.