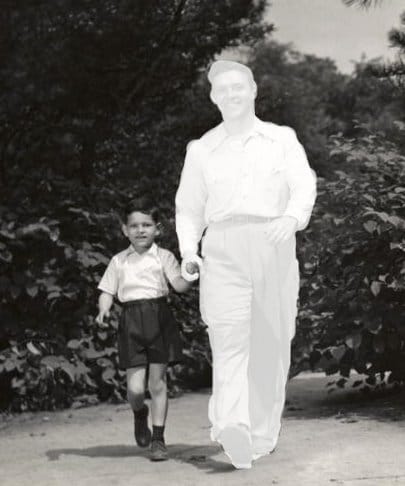 Editor’s Note: This is a guest post by Andy Harrelson.

In 1969, then governor of California, Ronald Reagan, signed into law the country’s first no-fault divorce bill. Many other states quickly followed his example. Whether his signing the bill was the cause of the skyrocketing divorce rates that were to come in the next decades or merely a reaction to the already increasing divorce rate is up for debate. However, I strongly suspect the latter supposition to be true.

By the time my own mom and pop got together and conceived me in 1973, divorce was almost a rite of passage into middle age. Growing up in the 70s and 80s, I encountered and struggled with the hardships brought on by our changing cultural values; hardships that I share with many other men my age. I didn’t know, for example, how to defend myself from the bullies who wanted to test my resolve on the playground or in the halls of my high school. I have also had more than my fair share of trouble relating to the opposite sex. Heck, I even had to learn how to change the spark plugs in my ’84 Bronco II from a Chilton manual! The primary cause of these deficiencies in me and many others were due to divorce or just plain old absenteeism. You see, we didn’t have fathers around to teach us the virtues of behaving as proper men. Chances are, a lot of you reading this can relate, although even without a father figure around, you hopefully had enough sense to avoid the mistake of buying a Bronco II. That one was all mine.

My mother and father were divorced by the time I was 3 or 4 years old. He wasn’t especially interested in continuing his relationship with me afterwards, either. My mother never re-married, and I’m an only child, so not only did I grow up without a father, but without any other immediate family. I had my work cut out for me, but through it all I think I gathered enough experience to achieve one very important goal: how not to become my deadbeat father. If you, too, want to avoid this or if you think you might be taking on the traits of your own absentee dad, maybe I can help you drop those bad habits before they hurt you or someone you love.

Modern studies conducted by the Family Research Council now indicate that about half of American kids won’t reach adulthood without seeing the breakup of their parents. To be precise, only 45.8 percent of American children reach the age of 17 with both their biological parents married.

These statistics reflect that our culture is in need of a serious overhaul, and the job of fixing it falls to each and every one of us to do our part. The aim of this article is not to delve too deeply into the how or why of what got us to this point. Rather, I hope to bring your attention to several characteristics or personality traits possessed by men who had an absentee or abusive/alcoholic dad growing up. If we can identify the garbage in our own characters, we can take steps to throw it out before it overflows and we end up passing our unhealthy traits on to someone else.

Adult children of absentee and/or abusive parents are as varied as any other demographic group on the planet, but it has come to the attention of Dr. Janet G. Woititz and other researchers that this particular group shares certain characteristics in common. I’m going to go over what I feel are the most important and potentially damaging of these characteristics. I’ll tell you how these traits negatively affected me, and then tell you how you, as an alert and responsible man, might avoid these pitfalls in your own life and thus become better prepared for fatherhood yourself.

Adult Children of Absentee, Alcoholic, and/or Abusive Fathers Tend to:

This is where it all started for me. There was no dad to teach me the value of assertiveness, so mom became the gateway to personal validation. Don’t get me wrong, I love and respect my mother. It takes a strong woman to be able to raise a son singlehandedly, and I wouldn’t be half the man I am today without her guidance. But she ended up being the gatekeeper for me even into my young adult years. What I needed from a father figure was the confidence and self-esteem that would enable me to make important decisions on my own. Instead, I ended up compensating for a lack of confidence by seeking counsel from mom for everything from my diet to what kind of shoes to wear to job interviews and everything in between.

Breaking the habit: Are you the kind of person who obsesses and needs validation over every little decision? Chocolate or vanilla? Staple or paper clip? I was like this, too. Please believe me when I say that this kind of thinking does no good for anyone, least of all you. You know all those jobs you’re thinking about applying to that require “independent thinking?” Well, that’s not a description of you if you’re going to be constantly running to the boss with trifles. You know deep down what’s good for you and what’s not; what constitutes work well done and what amounts to a shoddy job. Do you really need to seek someone else’s opinion for such trivial matters? Take stock of the situation and the information at hand and make a decision. Be your own man. You’ll savor your victories even more.

2) Be harsh self critics.

Something was wrong with me, there must have been. Why else would all the other kids go home after school to houses with both moms and dads, while I walked back to an empty house or a babysitter because my mom was busy working 10 or 12-hour shifts to support us? It’s easy for a kid to get down on himself without the proper support, and trying harder to correct your perceived faults isn’t the answer. In fact, trying harder to “fix” myself probably just contributed to my self-loathing, since, given that I was not the cause of the problem, I was predestined to fail at repairing it.

Breaking the habit: So you’re a harsh self critic? So what? It’s not all bad, you might be thinking. That punishing, inner critic can actually spur you on to great accomplishments. But you’ve got to be careful. Would you offer criticism to other people with the same harsh voice you use to critique yourself? Probably not, unless you wanted to burn some bridges and end some friendships. The negative self-talk adds up, even if we’re just talking to ourselves. If you know you’re good at what you’re doing, then cut yourself some slack and enjoy life. Like the old saying goes: “Be happy while you’re living, for you’re a long time dead.”

3) Value loyalty to the exclusion of common sense.

You know all that attention that dad wasn’t giving me? Well, I found it somewhere else. All of the relationship building that should have been happening between my father and I was instead happening with people who did not have my best interests at heart, to put it mildly. But because I was so eager to find acceptance, I couldn’t see straight, and I put my faith and loyalty in people who did not deserve it. Every kid makes some bad choices regarding friends when growing up — it’s all a part of learning to judge character. But when the bad relationship choices extend into your adult life, you’re inviting disappointment and outright heartache.

Breaking the habit: Friendships are two-way streets and they are built on the commonalities between two people on equal footing. If you find yourself giving and giving without getting anything in return, if you take a close look at your “friends” and find that you have little in common with them, if you find that you and the ones to whom you give your loyalty are from radically different walks of life — then it might be time to re-evaluate who your real friends are.

4) Have difficulty finishing what they start.

This one probably hurts the most. Looking back on my youth, I can’t begin to count the number of opportunities I missed out on because I hadn’t yet learned how to follow through. Dad wasn’t around to show me that when things get tough, you need to lower your shoulder and run through the sh*t. Instead, if things didn’t work out for me right away, I was more inclined to just drop what I was doing and move on. This is no way to experience life, as a young man or a grown one.

Breaking the habit: This is purely a matter of willpower and self-discipline. Most people have no trouble recognizing all of the half-finished projects scattered around behind them, so the only real obstacle is apathy. It’s difficult if you’re attempting to overcome this later in life, but I think the only answer is to take a stand. No more coulda, shoulda, woulda. When you start something, you finish it. Period.

When evaluating your character, it’s important not to play the blame game. It’s good to be able to identify your own deficiencies and how they developed, but in the end, it’s you alone who are responsible for fixing them. For advice on how to start owning up to your mistakes, check out this AoM article on cultivating personal responsibility.

For even more enlightenment on the subject of absentee or abusive fathers, there are a couple articles from the AoM archive you might want to read: 6 Lessons I Learned About Being a Man from Growing Up Fatherless is pretty self-explanatory, while A Generation of Men Raised by Women is more about the reasons behind the phenomenon.

What lessons have you learned from having an absentee, alcoholic, or abusive father?

Andy Harrelson grew up in the desert southwest of the United States, where he now lives (barely) and works (too often) as a starving writer.