On Thanksgiving Day, backyards across America turn into gridirons where friends and family battle it out in the annual Turkey Bowl. While the beauty of these pick-up games is a certain amount of chaos, having a few set plays up your sleeve can increase your chances of securing a win, bragging rights, and one of the turkey drumsticks. Below are 5 offensive football plays that you can use to captain your team to victory. When the game’s over, celebrate your win with a warm mug of Winter Jack.End Around Option Pass 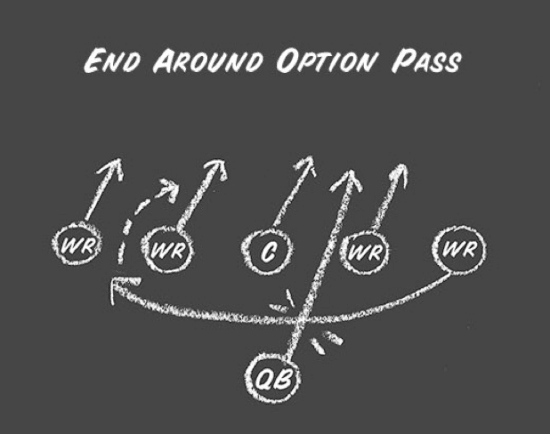 In the end-around, a wide receiver sweeps behind the line of scrimmage towards the opposite end of the line and takes a hand-off from the quarterback. The receiver can continue running with it or throw a pass to an open receiver.The end-around requires a proper setup for it to work effectively. Execute the setup by first running a few plays to the right. This will get the defense anticipating plays in that direction. Then, on the third or fourth play, run the end-around. All receivers should still run routes to the right. The far right receiver runs behind the line of scrimmage towards the left side of the field. As the receiver passes the quarterback, the quarterback hands the football off to him.If all goes according to plan, the defense will start defending towards the right. The misdirection created by the receiver running left should have the defense confused and on their heels.The receiver can continue running up field, or if it looks like he’s going to get tackled, he can stop at the line of scrimmage and pass the pall to another receiver. The quarterback is a good target as he’s usually unaccounted for by defenders.Wide Receiver Cross 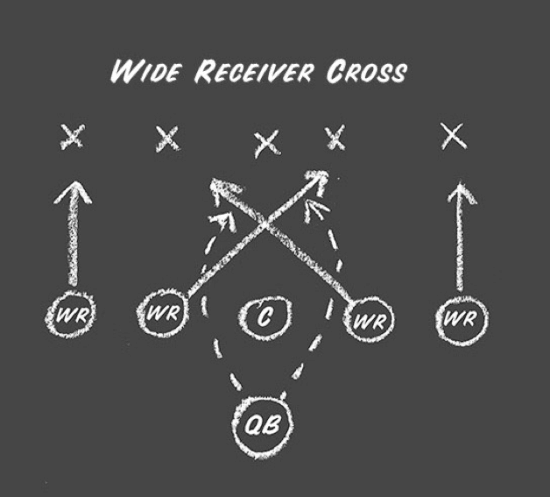 The cross is a simple pass route that helps open up receivers. Two receivers (one on the left and one on the right) run 10-yard slant routes. The one on the left runs a right slant and the one on the right runs a left slant. They should cross paths at the center of the field. If the defense plays man-to-man, the crossing pattern will create a blockage of bodies in the center of the field. Hopefully one of the receivers can break free. Hit the receiver that’s open.Hook and Ladder 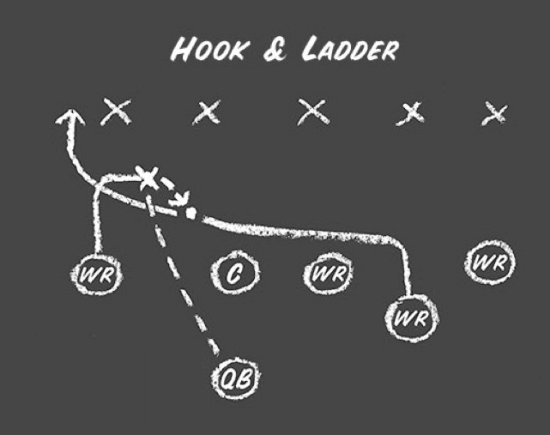 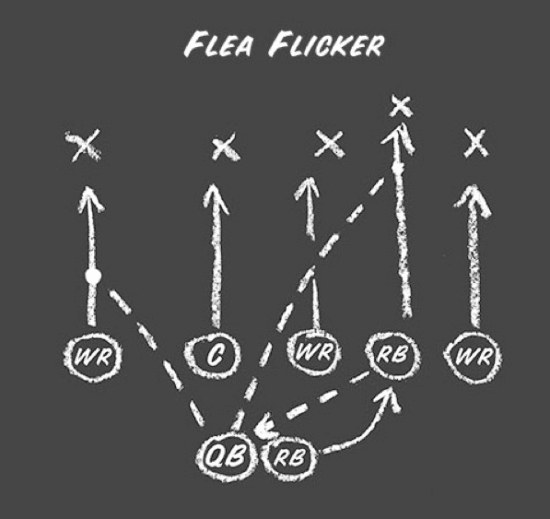 The flea flicker’s goal is to get the defense to bite on a run play. When they do, the offense turns it into a pass play. Line up with a running back in the backfield with the quarterback. The quarterback hands the ball off to the running back who starts running towards the line of scrimmage. In order for this play to work, the RB really needs to sell the idea that he’s intending to take the ball all the way down the field and does so by running hard, chin down, with the ball cradled in his arm.However, when the running back reaches the line of scrimmage, he suddenly stops and pitches the ball back to the QB. After pitching the ball, the running back continues running downfield for a pass. Because the defense has moved in to defend the run, the QB shouldn’t have a hard time finding an open receiver. He could even throw it to the RB, who by now is heading down the field.Triple Option Pass 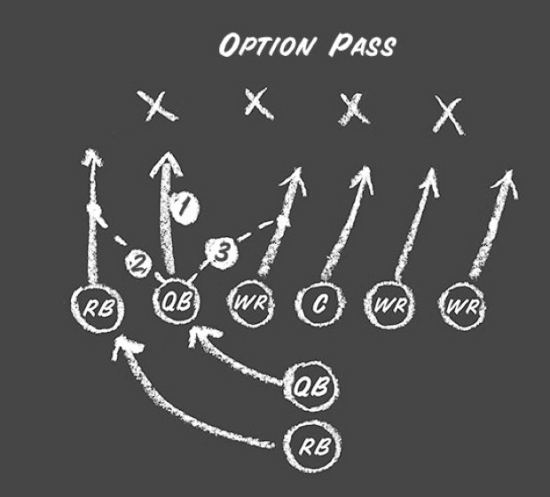