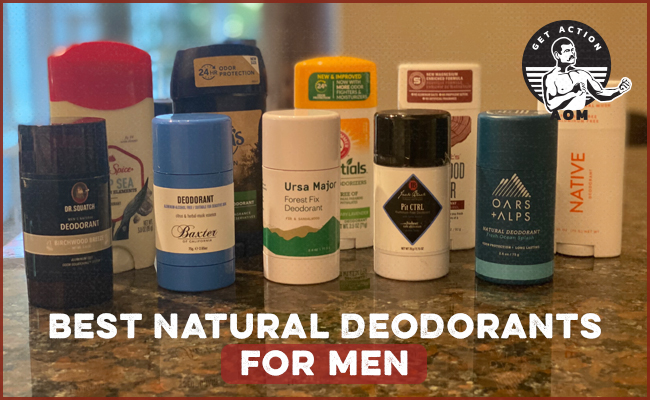 For decades, the deodorant/antiperspirant market was pretty stagnant. Brands introduced new scents or improved formulas that supposedly extended the odor-fighting life of the product. But a lot of folks have pretty much been using the same stick year in and year out.

Lately, there’s been a bit of a disruption in this area of hygiene supplies with the rise in popularity of “natural” deodorants. If you’ve seen ads or coverage of them, perhaps you’ve wondered if you should make the switch, and if so, which brand to buy.

I dive pits-first into answering both questions below.

What Is a “Natural” Deodorant?

There are no legal restrictions on how the term “natural” can be used, so there’s no set definition for what makes a “natural” deodorant, a natural deodorant.

But as marketed by brands and understood by consumers, natural deodorants are mainly defined as those which don’t contain an antiperspirant.

While you likely call that thing on your bathroom counter that you roll on your armpits “deodorant,” what you’ve probably been using is a deodorant and antiperspirant, which are actually two different things.

In addition to lacking an antiperspirant, natural deodorants may also tout the fact that they’re free from things like phthalates and parabens too. But this can more marketing gloss, than a truly distinguishing feature; even a standard deodorant/antiperspirant like Old Spice Sweat Defense doesn’t contain phthalates or parabens either.

So, for the purposes of this article, we’re going to define “natural deodorant” as deodorant sans antiperspirant.

Are Antiperspirants Bad for Your Health?

Many people switch from antiperspirant/deodorant combos to straight deodorants because they’ve heard that antiperspirants can cause health issues like Alzheimer’s, cancer, and skin biome disruption.

Antiperspirants contain aluminum, and aluminum works by blocking sweat pores, thus preventing you from sweating. At the same time, the antiperspirant cuts off the food supply that the bacteria in your armpits use, preventing bacteria from letting off the gas (yes, B.O. is basically bacteria farts) that causes your pits to stink. So aluminum keeps your pits from sweating, and stinking.

The concern around antiperspirants’ functional ingredient centers on two worries: The first is that in applying aluminum to your skin, that aluminum is going to be absorbed by your body. Because some studies have shown that, in high concentrations, aluminum can be a neurotoxin and cause other health issues, it’s natural to wonder if in slathering this element on your armpits every day, you could be absorbing enough aluminum through your skin to cause health problems. The second concern is that in blocking your pores, antiperspirant will block toxins in your body from being released.

But as science writer Sarah Everts noted in our podcast interview about her book The Joy of Sweat, decades of research hasn’t found any evidence of a link between aluminum-based antiperspirants and health issues.

Aluminum-based antiperspirants have repeatedly been shown not to have any connection to diseases like Alzeheimer’s.

What’s more, other studies from the American Cancer Society have shown that there’s no connection between antiperspirants and cancer.

What about antiperspirants disrupting your skin microbiome? According to skin microbiology expert Jack Gilbert, “there isn’t any rigorous studies that have borne this out.”

And the idea that blocking your pores could trap toxins in your body? Outside your armpits, there are millions of other pores from which sweat can escape, and sweat doesn’t actually detox your body anyway; that’s the job of your liver and kidneys.

What all this research suggests is that aluminum-based antiperspirants do not pose a proven threat to your health.

Are There Any Reasons to Use a Natural/Antiperspirant-Free Deodorant?

So if antiperspirants haven’t been proven to negatively impact your health, are there any reasons to use a natural deodorant instead?

Here are a few that each individual may find more or less persuasive:

Those are the pros of natural deodorants. The cons are that they’re often more expensive than standard deodorant/antiperspirant combos, aren’t as effective at preventing B.O., and don’t stop your sweat (and that sweat from consequently creating visible wet splotches in the pits of your shirts).

Given these pros and cons, I’ve adopted the approach that Everts says she uses herself: on days where I’m going to be doing some close socializing and want extra stink protection, and/or I’m going to be doing something like giving a speech and don’t want to exhibit soggy pit stains, I’ll use a deodorant/antiperspirant. On days where I don’t care about my armpit sweat-age (which is the vast majority of days), I’ll use a straight “natural” deodorant.

The Best Natural Deodorants for Men

To home in on my go-to deodorant for the days I don’t care about how much I sweat, I purchased a couple hundred dollars’ worth of different antiperspirant-free deodorants and put each to the test. Below I highlight my five favorites.

My main criteria for determining the best natural deodorant was how long its odor protection lasted. Most natural deodorants I tried would just last a few hours. I’d put it on in the morning, and I’d be smelling like a Burger King Whopper with extra onions by noon. That’s not going to fly.

After B.O. protection, my next criteria was the scent. Some natural deodorants smell better than others. A lot of them have a flowery scent that I’m not keen on.

The testing process was a highly scientific endeavor. And by scientific, I mean I put on deodorants, went about my typical day (toiling at a desk, working out in the late afternoon, hanging out with my family), and smelled my pits to see when I started to smell like onions. Very rigorous. Just like my test of the best swamp crotch remedies. 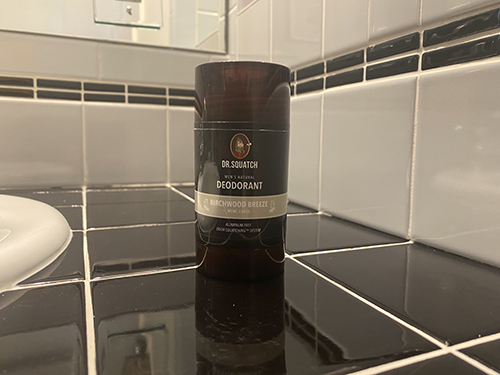 This was my favorite of the bunch. Dr. Squatch offered the most long-lasting odor protection. I went nearly a day and a half before I started smelling like a goat. I also liked the Birchwood Breeze scent. Fresh and masculine.

A few downsides: 1) It doesn’t go on very smoothly. It’s like rubbing a tacky hair pomade into your pits. Had some clumpage going on in my pit hair. It wasn’t too bad, though.

It’s also $12 a stick, which is more than what I’m used to spending on antiperspirants/deodorants that I pick up at the grocery store. But since I’m alternating between it and my Old Spice Sweat Defense, the Dr. Squatch will last me a while. 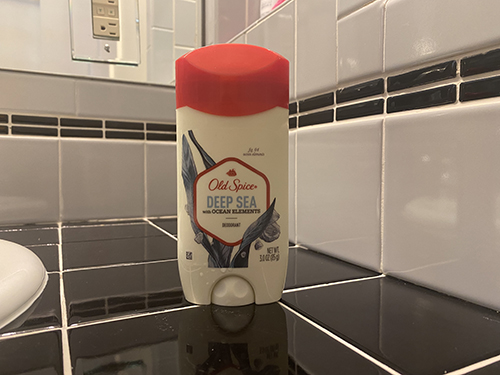 Thanks to competitive pressure from smaller natural deodorant companies, big corporate conglomerates have created “natural” versions of their popular deodorant brands. Proctor and Gamble, for example, has come out with versions of their famous Old Spice deodorants that are made sans antiperspirant. I picked up a stick of Old Spice Aluminum-Free Deodorant with the Deep Sea With Ocean Elements scent for just $5 at Walmart. It lasted nearly as long as the Dr. Squatch Natural Deodorant. The fragrance was pretty dang refreshing. It has a citrusy, flowery (but not too flowery) smell. The other thing I liked about this deodorant was that it goes on smooth and clear. No clumps. 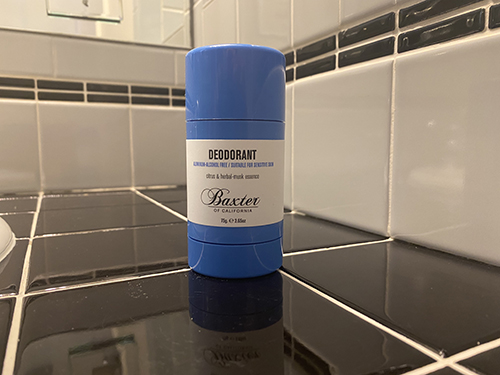 Baxter of California went the distance in odor protection, and the scent is top-notch, too. It’s a citrusy, musky smell. Kate said this one had her favorite smell among the natural deodorants I tried. 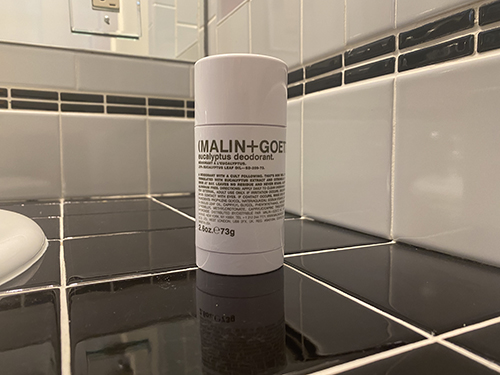 Malin + Goetz offers a line of long-lasting natural deodorants. I tried out the eucalyptus scent. It offered odor protection from sunup to sundown but didn’t last as long as Dr. Squatch and Old Spice. The eucalyptus scent is refreshing, and it goes on clear. 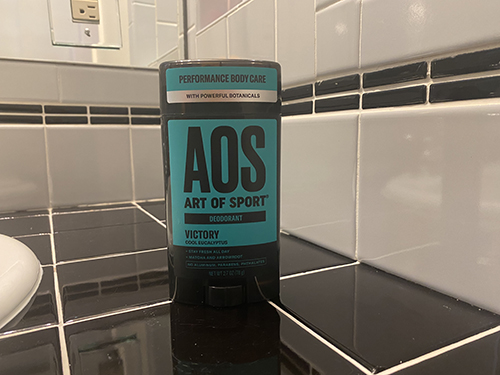 Art of Sport is a grooming company geared towards athletes. Out of all of my favorites, AOS offered the least amount of odor protection. I could put it on in the morning, and by 6 p.m.-ish, I started smelling. It does have a fresh eucalyptus scent and goes on smooth. Another bonus is that it’s affordable ($7 a stick) and can be purchased at most grocery stores and drugstores.

Other Natural Deodorants That Didn’t Make The Cut

The natural deodorants that garnered a thumbs down all had one thing in common: lackluster odor protection. I’d be smelly by the afternoon with these:

For more about perspiration, B.O., and pheromones, listen to our podcast all about sweat: 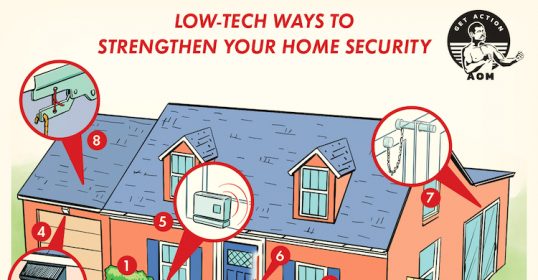 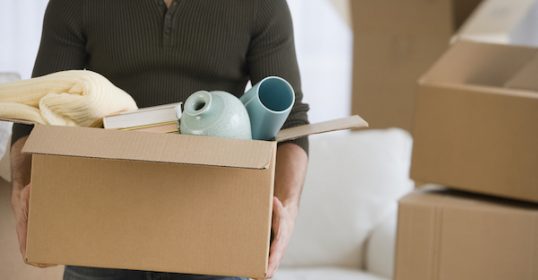 Podcast #780: Declutter, Downsize, and Move Forward With Your Life