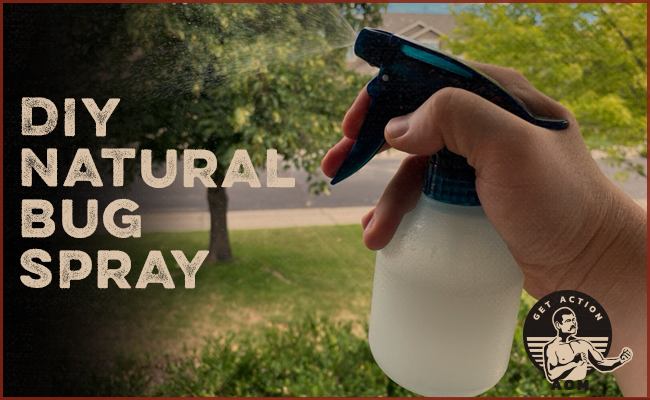 It’s infuriating how a tiny little vampiric insect can ruin one’s experiences in the outdoors — whether a hike through the woods or a backyard BBQ. To ward off ‘squitos and other annoying bugs, folks typically reach for a store-bought can of repellent and spray themselves in a cloud of it.

That can certainly do the trick, but you can also avail yourself to more organic alternatives. Homemade insect repellents drawn from the environment have existed for thousands of years, and can be whipped up easily by the modern man as well. Here’s how to fight nature with nature.

A Few Benefits of Natural Bug Spray (And Does It Actually Work?)

Here are a few reasons you might consider concocting your own natural insect repellent:

Of course, all the advantages in the world are meaningless if something doesn’t work. So is natural DIY bug spray actually effective?

Believe it or not, this stuff really does keep bugs away. All the ingredients listed below have been proven to be effective in warding off mosquitoes and other biting bugs, especially lemon eucalyptus oil, which works 95% as well as DEET. DIY spray isn’t perfect, and requires re-spraying every 1-2 hours, but it’s certainly effective enough — along with those other benefits — to make it worth it.

One final note: If you’re worried about disease-carrying insects, using DEET is in fact your best bet. If your primary concern is avoiding itchy and annoying bug bites, go all natural. 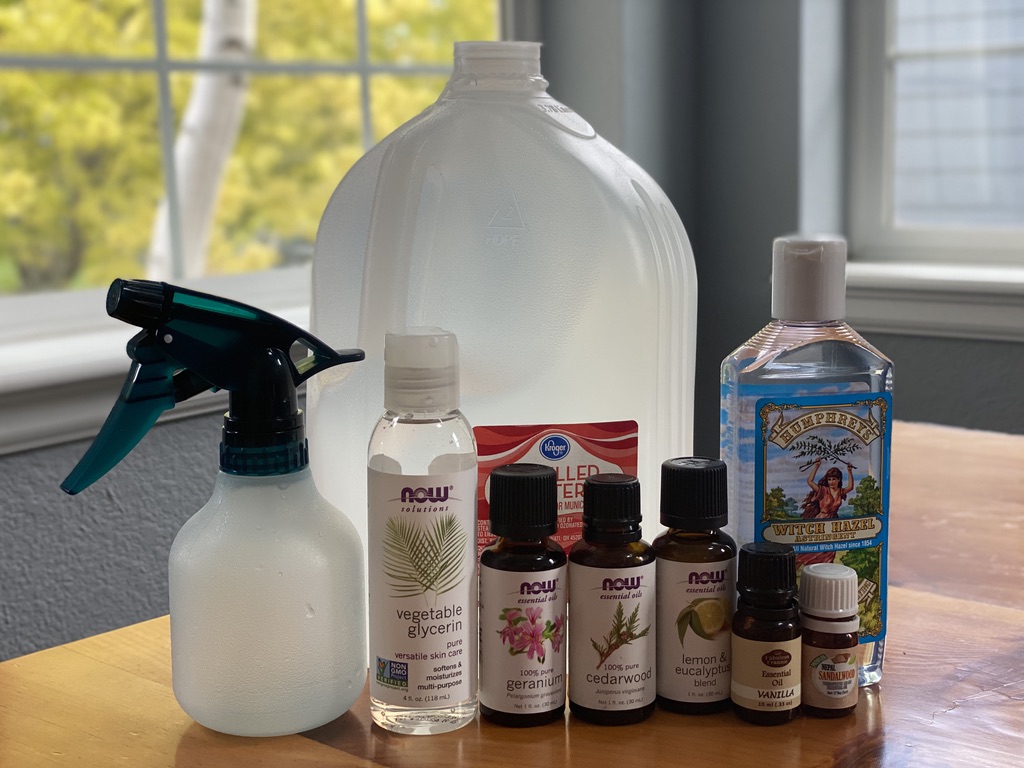 Given the fact that DIY bug spray is made with things like essential oils and apple cider vinegar, you might think you’re delving into the world of kookie tinctures and earthy granola types. Well, you are. It’s okay — accept it and move on. You can get the ingredients at most natural grocers and/or pharmacies, or Amazon. You might assume Amazon is cheaper, but my local Sprouts was comparable or even less expensive for most of this stuff.

Starter costs should be around $25, but you’re using small portions of everything, meaning you’ll likely get a handful of bug seasons from each item. For an 8 oz bottle of the final product, I’d estimate the total cost to be less than $5.

Water. Many recipes call for distilled water, which has impurities and minerals removed. If you have it, use it, but it’s not strictly necessary.

Essential Oils. These scent-bomb oils are super concentrated extracts of various flowers, plants, and seeds. Essential oils are extremely potent and almost always paired with a carrier oil or liquid. While there are dozens of varieties available, there are some that are proven to have natural insect-repelling properties, including:

You’ll use 50-100 drops of a combo of essential oils for an 8 oz bottle. You can use any combination of the above and whatever you have on hand to create a scent that you like. Below, I list out exactly what I used, but don’t consider those to be strict recipes; I figured I’d use a few that have known insect-repelling properties and a couple others that just have a nice smell. You could use just 1-2 oils to make it cheaper or if it’s what you already have on hand. Read my article on DIY beard oils for more on essential oils and carriers.

Witch Hazel. This clear liquid is a distilled extract of the witch hazel plant. It’s not something I’d heard of before diving into the subject of DIY bug repellent, but it’s pretty common in facial products due to its skin-soothing and inflammation-easing properties. It’s also the most common carrier liquid for natural bug sprays because of its inoffensive scent and small amount of alcohol (which bugs don’t like). Other common carriers are apple cider vinegar and vodka.

Vegetable Glycerin. This additive is optional and provides a small amount of moisturizer to the bug spray so that it doesn’t just dry you out. It also helps bind the ingredients together — we are in fact mixing oil and water here. While it’s not perfect, the end product doesn’t separate as much when the glycerin is used.

Spray Bottle. While you could get away with using this homemade product as a rub-on, it’s far more convenient to put it into a spray bottle. They’re cheap, so there’s really no reason not to. 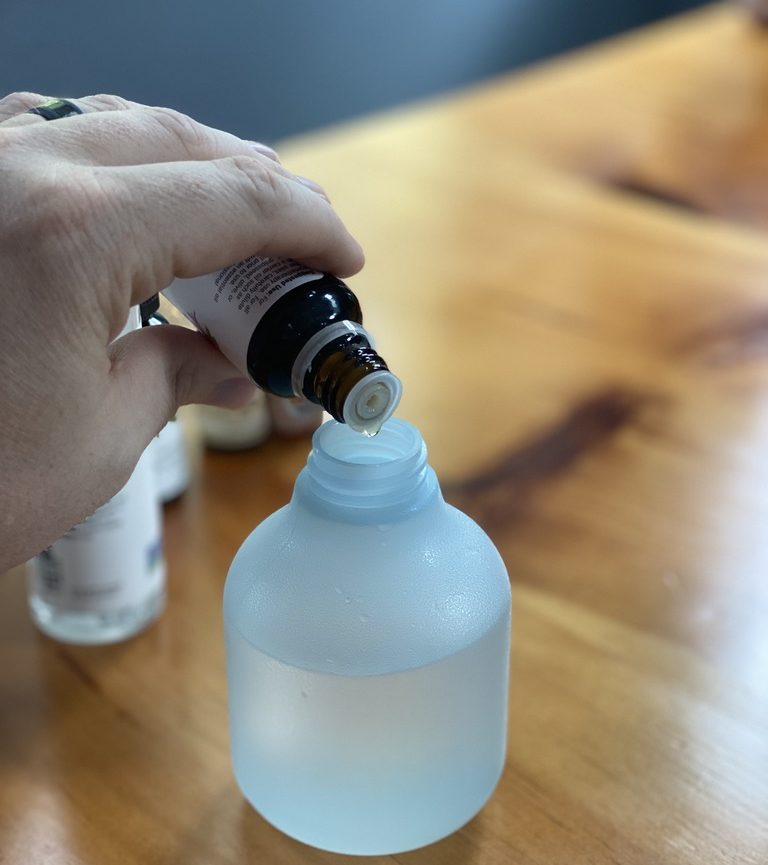 Add all ingredients to the spray bottle and shake well to combine. It will separate some, so give it a good shake every time you use it.

Since the apple cider vinegar is a strong-smelling base ingredient, you don’t need as much essential oil added in. You also have to be a little more careful with your combinations; not everything goes well with the potent scent of apple cider vinegar.

The reason you’d use vinegar over witch hazel is simply a matter of convenience and/or preference. It’s a more common household item, for sure, but also may offend its wearer more than the witch hazel.

Add all ingredients to the spray bottle and shake well to combine. It will separate some, so give it a good shake every time you use it.