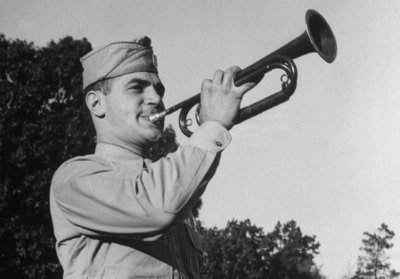 Early to bed and early to rise makes a man healthy, wealthy, and wise. – Benjamin Franklin

As a boy, waking up early was something I associated with being a man. I figured once you became a man, it was a rule that you had to wake up before sunrise. My dad would be up at 5:30 drinking his coffee and reading the paper. During hunting season, he was often out the door at 5AM to patrol for hunters. When we visited my grandpa in New Mexico, I remember the scent of coffee wafting into the guest room at pitch-black o’clock and the sound of the screen door shutting as my grandpa headed out to take care of the chores on his small ranch.

It seemed like all the men around me as a boy never let the sun catch them in bed. They were men of action who had things to do and people to see. They couldn’t dilly dally under the covers.

Now, I’ll admit that I love sleep. A lot. But I know I’ve wasted hours of my life that I can’t get back because I kept hitting the snooze button on my alarm. I’ve made an effort these past few years to wake up early so I can accomplish more during the day and complete the goals I’ve set out for myself so I can become a better man.

Below I share a few of things I’ve learned during my quest to become an early riser.

Great Men Who Were Early Risers

If you read the biographies of history’s greatest men, you’ll find that most were early risers. They used each morning to write, read, ponder, and plan for their day.

I could keep going with this list, but I think you get the idea.

Benefits of Waking Up Early

Increased productivity. The world is a much quieter place at 6AM in the morning. The kiddos are probably still asleep and businesses haven’t opened yet. You can use this time to get a head start on the day. Plan out your day, work on your side business, catch up on emails, exercise, or take care of those annoying administrative things that tend to get overlooked during the workday.

A lot of people ask me how I managed to run AoM while going to law school, working a part-time job, writing a book, etc. Much of it came down to pure hustle and lots of help from Kate. But my success with the blog also came from waking up early and spending the first few hours of the day working on AoM. I was able to get all my writing done in the morning so I could spend the rest of the day concentrating on my studies. Now that I have a full-time job, I continue to wake up at about 5:30AM and write blog posts for the Art of Manliness before starting in on my day job.

Increased creativity. Many writers and artists find they’re the most creative first thing in the morning. It’s when your mind is fresh. I’ve learned to organize my days so that I work on tasks that require the greatest creativity – like writing – at the very beginning of the day. I’ll write late at night if I have to, but I’ve found I usually spew out crap that I have to re-write the next morning.

Decreased stress. This can happen two ways. One, you get more done during the day with your extra time, thereby freeing your mind of psychological clutter. The other way waking up early can decrease stress is if you use the early hours to meditate and think. Many of the great early risers from history didn’t use their extra time in the morning for toil and labor, but rather for quiet contemplation. You could use the time to flesh out your thoughts in a personal journal. If you’re a spiritual person, you could use the time for prayer and scripture study. Studies have shown that these activities, done on a consistent basis, can reduce stress and increase alertness.

Increased fitness. If you’re tired of your gut, but don’t have time for a workout during the day, or find that your motivation to go to the gym evaporates after work, set the alarm clock an hour earlier and exercise first thing in the morning. An early morning workout will leave you feeling full of vim and vigor and ready to take on the rest of the day. And it’s a truly satisfying feeling to know you’ve already gotten it out of the way.

How to Become an Early Riser 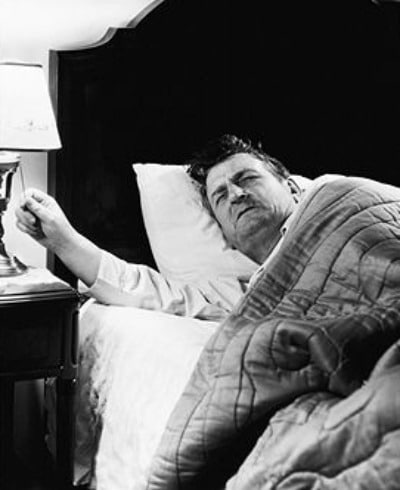 The sun has not caught me in bed in fifty years.  ~Thomas Jefferson

Start off small. If you’ve been waking up at 7:45AM every morning for your entire adult life, don’t start off your new early riser schedule by getting up at 4:30AM. That’s way too drastic of a change, and your body is bound to rebel. Start small. If you have a goal of waking up at 5AM, slowly work to it by waking up just 15 minutes earlier than you usually do. Stick to this schedule for a few days until your body adjusts and then cut back another 15 minutes. Continue with the cycle until you’re waking up at 5AM. It might take longer than you want, but you’re more likely to stick with the new routine by easing into it gradually.

Keep your alarm clock far away from your bed. If you can touch your alarm clock from the comfort of your bed, you’ll probably just keeping hitting the snooze button. Put your alarm far enough away that you have to get out of bed to turn it off. Once you’re up, stay up.

Have a routine established. If you don’t have something to do in the mornings with the extra time you have from waking up early, you’ll find yourself stumbling back to bed out of boredom. Establish a morning routine that you start as soon as you wake up. It could be as simple as starting the coffee pot and splashing cold water on your face. If you’re looking for something manlier, begin your day by wrestling a bear and bathing in snow. You just need some action that serves as a trigger to your body and mind that it’s officially time to wake up.

Invigorate with cold water. If you’re groggy in the morning, there’s nothing like cold water to shock the system into feeling bright-eyed and bushy-tailed. Try shaving with cold water, or, if you’re feeling really brave, take a James Bond Shower as soon as you get out of bed.

Make a good breakfast. Perhaps I’m a simple man, but I find it’s easier to get out of bed when you’re looking forward to eating some delicious grub.

What If I’m a Night Owl?

“Put no trust in the benefits to accrue from early rising, as set forth by the infatuated Franklin …” – Mark Twain

Some people aren’t made for waking up early, and that’s okay. It’s not a character flaw or a sign of laziness; your sleep cycles are just geared for staying up late and sleeping in. In fact, if you’re a night owl you’re in pretty good company. Winston Churchill would often burn the (past) midnight oil until 4AM and wouldn’t wake up until noon. Despite his sleeping schedule, he managed to guide Britain through WWII. A recent study even shows that late risers earn more and are smarter than early birds, so go figure.

If staying up late and sleeping in works for you, great! Keep doing it. But I know for most people who work a 9-5 schedule, sleeping in until 10AM just isn’t a possibility. If you want  extra time to be productive, try making the switch to waking up a bit earlier.

Use your brain to figure out when the best time to wake up for you is.

Listen to our podcast on creating the perfect morning routine: