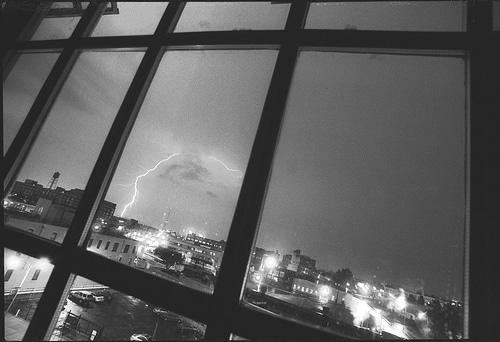 From Talks to Young Men, 1897
By Charles Henry Parkhurst

When calculating the prospects of a young man, and the likelihood of his being able to go through life without being taken off his feet, I always want to know whether he stands for anything in particular. A written sentence may be mere words or it may mean something. So a young man may be only a mixture of body and soul or he may mean something: that combination of body and soul may stand as the expression of an idea. He may be some truth incarnate, so that when you meet him you feel that you are encountering that truth, and when he talks to you have somehow the notion that truth is addressing you and arguing itself out with you. We none of us have to look far to find such men. There may be a certain stringency and aggressiveness about them sometimes that makes them uncomfortable, a kind of directness about them that makes them inevitable, but there is no mistaking their meaning. They are an idea become flesh—a doctrine, a theory, dressed in human apparel. The feature in the case of interest to us just now is that a man so conditioned is not likely to lose his way nor to founder. The point is not that he has mastered the idea, but that the idea has mastered him and in that way counteracts the influences operating to pull him in other ways…

There are a great many meaningless men in the community, and what that means is that, while they have the intelligence to understand an idea and the heart to feel it, yet the idea never gets so close to them as to have its reality tremendously experienced by them. We do not win our strength and stability by mastering ideas, but by being mastered by them—held in their grip. A man never really knows what there is in him, how much he can do, or how much he can withstand, till he gets fairly in under just such governance. I am convinced that there is nowhere nearly the amount of difference between people in point of personal caliber that is ordinarily supposed. It is not so much a difference in personal capacities and energies as it is a difference in the degree in which those energies become packed upon one another and reduced to solidity. Even on a cold day one can pick up a sunbeam and burn a hole through white oak with it if the lens with which the beam is focused is in good order. It is second only to the power of Pentecost to come so close to a truth or to a situation as to have that situation actually touch us and burn its way down into the sensitive nerve of our being. The trouble with people, nine out of ten of them, is that they stand on insulators and watch the play of the lightning through drawn shutters, and never stand out and let the electric storm play in their own bosoms. It is by an inward experience of the storm that men can be held fast in the midst of the storm. Nerve varies inversely as the square of the distance that there is between us and the reality we are handling.

Still more apparent does the working of this principle become when for the word “idea” I substitute the word “purpose.” Purpose at once suggests the notion that the person whom it actuates is in motion toward an end; and a person moving toward an end, like a rifle-ball toward a target, is less easily managed and directed than when he is standing still. Indeed, the more rapid its motion the more difficult it is to change its direction, and the less effect influences that happen to lie along its route will have upon it. Now, what momentum is in the rifleball purpose is in a man: it tends to hold him steadily to the track he is on; and the more vigorous the rush of intention with which he is following that track, the more it will take to retard him or derail him. Hence the more intense and engrossing a man’s purpose—if it is a purpose of good—the safer he is, and if he has no purpose of the kind he is not safe at all. Without it he is spoil for any and every diverting influence that may happen to light upon him, and of such diverting influences the air is all the time full…

Purpose, and to be thoroughly wedded to that purpose, is three quarters of salvation. It is sad to reflect how much motiveless insipidity there is among us that is steadily resolving itself into ethical rot, for no other reason than that it has never been awakened into vigor and electrified into effect by the touch of a supreme purpose.