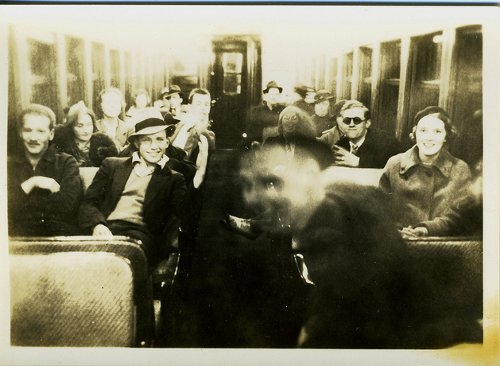 Editor’s note: The following excerpt —”The Power of Personal Influence” — comes from Self Control, Its Kingship and Majesty (1905) by William George Jordan.

The only responsibility that a man cannot evade in this life is the one he thinks of least,—his personal influence. Man’s conscious influence, when he is on dress-parade, when he is posing to impress those around him,—is woefully small. But his unconscious influence, the silent, subtle radiation of his personality, the effect of his words and acts, the trifles he never considers, —is tremendous. Every moment of life he is changing to a degree the life of the whole world. Every man has an atmosphere which is affecting every other. So silent and unconsciously is this influence working, that man may forget that it exists.

All the forces of Nature,—heat, light, electricity and gravitation,—are silent and invisible. We never see them.; we only know that they exist by seeing the effects they produce. In all Nature the wonders of the “seen” are dwarfed into insignificance when compared with the majesty and glory of the “unseen.”

Into the hands of every individual is given a marvelous power for good or for evil,—the silent, unconscious, unseen influence of his life. This is simply the constant radiation of what a man really is, not what he pretends to be. Every man, by his mere living, is radiating sympathy, or sorrow, or morbidness, or cynicism, or happiness, or hope, or any of a hundred other qualities. Life is a state of constant radiation and absorption; to exist is to radiate; to exist is to be the recipient of radiations.

There are men and women whose presence seems to radiate sunshine, cheer and optimism. You feel calmed and rested and restored in a moment to a new and stronger faith in humanity. There are others who focus in an instant all your latent distrust, morbidness and rebellion against life. Without knowing why, you chafe and fret in their presence. You lose your bearings on life and its problems. Your moral compass is disturbed and unsatisfactory. It is made untrue in an instant, as the magnetic needle of a ship is deflected when it passes near great mountains of iron ore.

There are men who float down the stream of life like icebergs,—cold, reserved, unapproachable and self-contained. In their presence you involuntarily draw your wraps closer around you, as you wonder who left the door open. These refrigerated human beings have a most depressing influence on all those who fall under the spell of their radiated chilliness. But there are other natures, warm, helpful, genial, who are like the Gulf Stream, following their own course, flowing undaunted and undismayed in the ocean of colder waters. Their presence brings warmth and life and the glow of sunshine, the joyous, stimulating breath of spring.

There are men who are like malarious swamps,—poisonous, depressing and weakening by their very presence. They make heavy, oppressive and gloomy the atmosphere of their own homes; the sound of the children’s play is stilled, the ripples of laughter are frozen by their presence. They go through life as if each day were a new big funeral, and they were always chief mourners. There are other men who seem like the ocean; they are constantly bracing, stimulating, giving new draughts of tonic life and strength by their very presence.

There are men who are insincere in heart, and that insincerity is radiated by their presence. They have a wondrous interest in your welfare,—when they need you. They put on a “property” smile so suddenly, when it serves their purpose, that it seems the smile must be connected with some electric button concealed in their clothes. Their voice has a simulated cordiality that long training may have made almost natural. But they never play their part absolutely true, the mask will slip down sometimes; their cleverness cannot teach their eyes the look of sterling honesty; they may deceive some people, but they cannot deceive all. There is a subtle power of revelation which makes us say: “Well, I cannot explain how it is, but I know that man is not honest.”

Man cannot escape for one moment from this radiation of his character, this constantly weakening or strengthening of others. He cannot evade the responsibility by saying it is an unconscious influence. He can select the qualities that he will permit to be radiated. He can cultivate sweetness, calmness, trust, generosity, truth, justice, loyalty, nobility,—make them vitally active in his character,—and by these qualities he will constantly affect the world…

Men and women have duties to others,—and duties to themselves. In justice to ourselves we should refuse to live in an atmosphere that keeps us from living our best. If the fault be in us, we should master it. If it be the personal influence of others that, like a noxious vapor, kills our best impulses, we should remove from that influence, —if we can possibly move without forsaking duties. If it be wrong to move, then we should take strong doses of moral quinine to counteract the malaria of influence. It is not what those around us do for us that counts,—it is what they are to us. We carry our houseplants from one window to another to give them the proper heat, light, air and moisture. Should we not be at least as careful of ourselves?

To make our influence felt we must live our faith, we must practice what we believe. A magnet does not attract iron, as iron. It must first convert the iron into another magnet before it can attract it. It is useless for a parent to try to teach gentleness to her children when she herself is cross and irritable. The child who is told to be truthful and who hears a parent lie cleverly to escape some little social unpleasantness is not going to cling very zealously to truth. The parent’s words say “don’t lie,” the influence of the parent’s life says “do lie.”

No man can ever isolate himself to evade this constant power of influence, as no single corpuscle can rebel and escape from the general course of the blood. No individual is so insignificant as to be without influence. The changes in our varying moods are all recorded in the delicate barometers of the lives of- others. We should ever let our influence filter through human love and sympathy. We should not be merely an influence,—we should be an inspiration. By our very presence we should be a tower of strength to the hungering human souls around us.